Please come to Knock Golf Club for evening meal instead

Instead, come to the Charity Golf Evening at Knock Golf Club on Thursday

Note Date Change
At the meeting we are being joined by the president of RIBI and the DG Tom. This is an honour for us and it gives us a fantastic opportunity to show how a council meeting at club level is conducted. 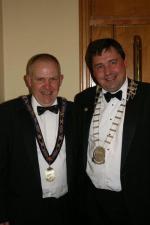 Some Images of Our President' Night 2010 at Stormont Hotel

As many volunteers as possible please

There will be no lunchtime meeting

We are entertaining at Towel House on Monday 14th December.
About 5 volunteers are needed. Please mark in your diaries and Ricky Caruth will have a volunteer's form for you to sign at next Tuesday's meeting 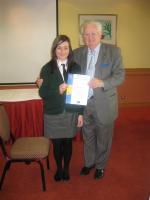 Winner of the Club Final Kaya Carville being presnted with a certicate and Cheque by Sir William Hastings read more...