Rotary Club of Truro - welcome! Please scroll/swipe down through this page to find out more about us, in addition to the pages linked in the menu, top-left. 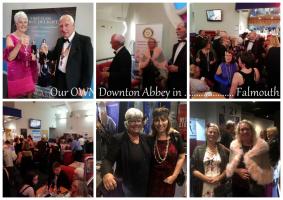 An evening to revisit the film of this amazing series raised over £960. Thanks to Jenie Reed for organising the event 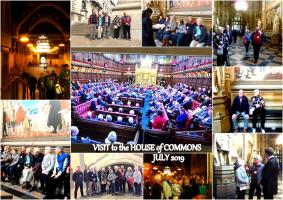 A visit to the House of Commons

Both Youth Speaks and Young Photographer was held in January 2020 with great success.Click on to see details 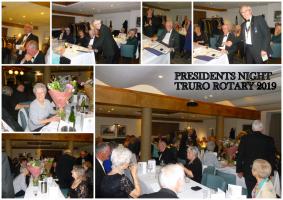 In March we held our annual Presidents Night which recognises the hard work of the active President then John Simpson. We thanked John for all his hard work during his year and also recognised Ron Purser with a Paul Harris Fellowship. 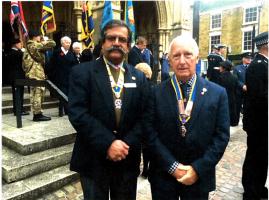 This was attended by President Mike Robson, seen here with President Raj Dhumale of Truro Boscawen Rotary and followed a very successful Poppy week collection with Truro Rotary collecting over £7000 from our very generous Truro public. Thank you.

THIS IS THE TRURO ROTARY CLUB IN TRURO, CORNWALL, ENGLAND

Welcome to the Home page of the Rotary Club of Truro Web Site. I hope your visit will give you a glimpse into the world of Rotary International and an insight into the fun and fellowship that is part of this amazing worldwide organisation which has more than 1.3 million members.

Our club was formed in 1922 and, from its foundation right through to the present day, our focus has been about helping our local community. Today we give a little of our time each month to support projects like the Truro Memory Cafe, the Food Bank, the Truro Disabled Club and the Parkinson's hub, all of which are incredible projects helping local residents deal with their daily challenges. We also help organisations including the Royal British Legion with their annual "Poppy appeal", and provide local young people with innovative programmes and support designed to help in their personal development.

Our Club consists of 20 members, both men and women, who come from a wide range of backgrounds and walks of life. We also have an Evolution Club, run at a separate location where  new members are also welcome . Please see the Rotary Evolution Club of Truro website for details

We find that those approaching retirement,or those newly retired, are often attracted to the idea of helping their local community after a busy working life whilst at the same time,enjoying the friendship that Rotary offers.

If you would like to find out more about our club, please contact us .You can email us at rotarytruro@gmail.com  or click the contact link at the bottom of this page. Please ensure that you include your contact details in any message you send.

The  Rotary Year 2018 -2019 concluded at the end of June and President John Simpson handed over the Presidency to our New President Mike Robson  and this inauguration took place on Tuesday June 25th.

Good luck to both Presidents for a successful and eventful year 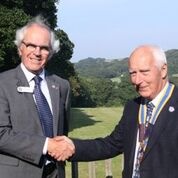 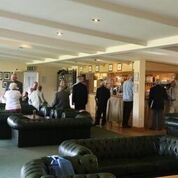 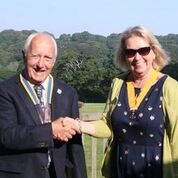 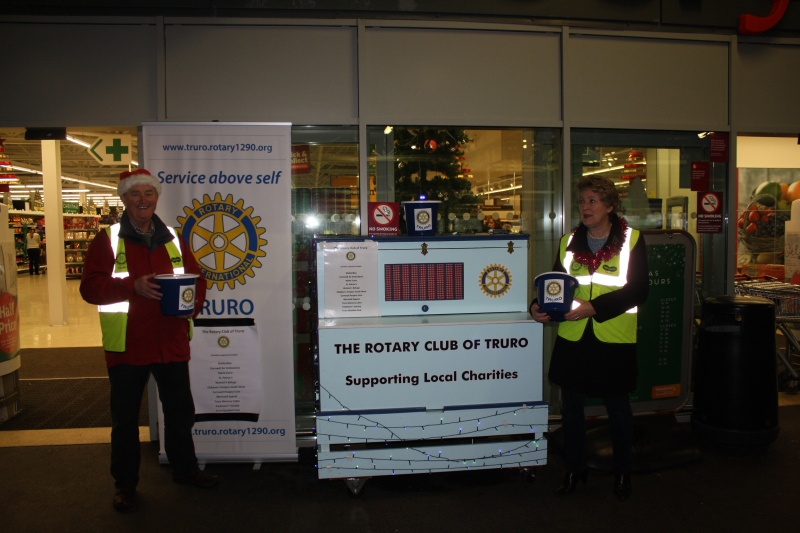 Whilst membership is by invitation, this should not stop anyone male or female who feels that they might like to become involved in the Rotary family from indicating an interest, either by speaking to a Rotarian, or by getting in touch with us to find out more.

We meet at Killiow Golf Club, Playing Place, Truro on the SECOND and FOURTH Tuesday of each month with an evening meal,and is open to visitors. Both evenings are 6 for 6.30pm.

We have a relaxed dress code.

Service before self, through the various activities we undertake, is the driving force of our club. Fellowship, friendship and a good sense of fun also feature highly on our agenda."

Rotary is an excellent way of putting something back into the community, at the same time as having a good deal of fun. Many long standing friendships have been formed through Rotary.

Please feel free to visit us

Cycle Ride in Support of Help for Heroes -2014

"The Team made it to London, all 320 mies, in great spirits and they did so well. The final day in London was so moving.

We coud not have done it without the support of family and friends along the way, especially Rotarians in Plymouth, Yeovil and in particular, Peter and Diana Allin in Camberly, who looked after us in their home for the last two nights

We also had great support from the team from the Naval Service Recovery Centre in Plymouth and the Service personnel in Exeter,Yeovilton and Tidworth

Well done Anna and Racheal but congratualtions to them all, and to the money thay have raised for Help the Heroes - and the donation box is still open to those of you who would like to show their appreciation of such a great feat carried out by our new Satellite Rotary Club of Truro   ...........Well done!! THE FINISH AT HORSEGUARDS PARADE IN LONDON 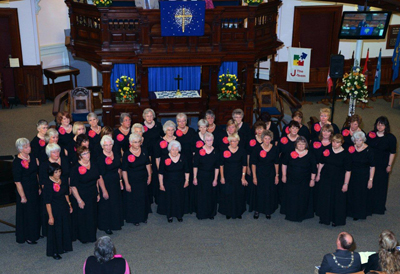 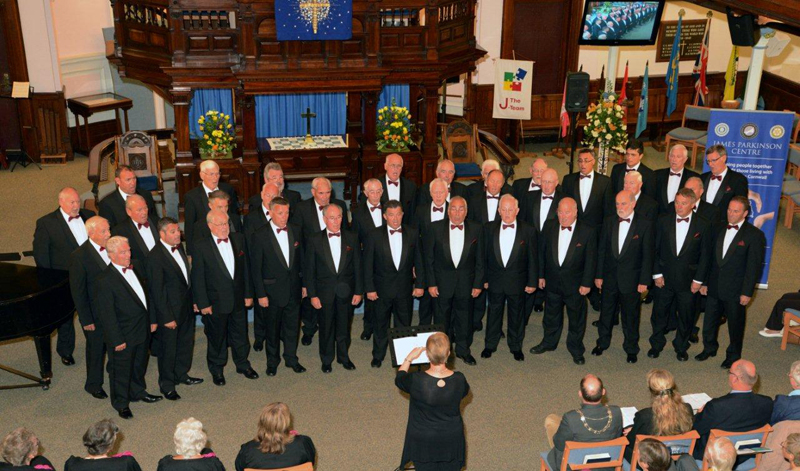 On Friday 23rd August Truro Rotary Club hosted a charity concert at Truro Methodist Church featuring the Caldicot Male Voice Choir from South Wales as part of their golden anniversary celebrations. It was fifty years ago that the men from the Llanwern steelworks near Newport got together to form a male voice choir which has grown from strength to strength winning awards and eisteddfods, touring North America and Europe, performing on cruise ships and it was fitting that they were chosen to sing for Her Majesty The Queen at Buckingham Palace as part of her Diamond Jubilee celebrations.

The concert was organised to raise money for a number of local Rotary charities principally Truro Memory Cafe and for the James Parkinson Centre for people with Parkinsonï¿½s disease. Well over £2000 was raised on the night.

We meet on Tuesdays at 6.00 for 6.30pm
(We now meet on the second and fourth Tuesday of the month and also hold a meeting with partners on the fifth Tuesday when these occur. Please see our diary for the list of events)
Truro Golf Club, Road,
Tresawls Road
Truro
TR13LG  01872278264