Rotary is all about having fun and promoting good causes locally and internationally.  Meet the Rotary group who underwent a revolution, to diversify their membership and make themselves relevant for the community they support.  Get involved with Rotary today at: ttps://www.rotarygbi.org/join/ Club Equipment - Please return equipment to store after use.

A group of dynamic, community-oriented people, networking together, to help the local community and those in need throughout the world.  Developed to accommodate the needs of potential Rotarians who are unable to commit to attending a regular weekly meeting. 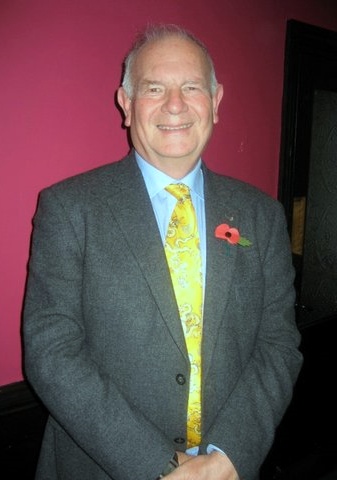 A biochemist, Ian had lived in the town for over 40 years and was known to many through his involvment in, and commitment to, several community groups.  Her joined the Rotary Club of Barnard Castle in February 1998 and, during his long and distingished service, undertook several senior roles which he performed with diligence, good humour and a dash of common sense.  He was made a Paul Harris Fellow - one of Rotary's highest awards - in recognition of the substantial contribution he made to the organisation and in 2002/03 undertook the role of club President.

Ian travelled widely through the Rotary Friendship Exchange programme and made long lasting friendships with fellow Rotarians from New England, Tennessee and Pennsylvania.  As one of those American friends said, "Ian's actions and involvement in the local community and internationally furthered Rotary's mission in building world understanding, goodwill and peace.  It is with Rotarians like Ian who demonstrated "Service Above Self" that helps our organization do good in the world".

In Barnard Castle, he will be remembered by many young musicians who, over the years, competed in the local heats of the Rotary Young Musician of the Year competition held at Barnard Castle School.  Supported by his wife, Christine, Ian ensured that this event ran smoothly and encouraged musicianship of the highest standard.

Ian was also something of an IT wizard and was webmaster for both the local Rotary club and for Rotary NE England.  His computer skills were also in demand from Teesdale U3A where he served variously as Chairman, Vice-Chairman and committee member.  He had been one of a small group of people who, in 2007, had established U3A in Barnard Castle.  During his membership, Ian helped found several interest groups - including one dealing with his main interest of photography.

His computer skills were always in demand by groups of often self-confessed technophobes. Latterly Ian became the main pillar of an iPad group, encouraging many novices and sharing skills with others; he could make an iPad sing and dance!

A kind and gentle man, Ian will be sorely missed by those who knew him.

Rotary Young Musician of the Year 2020

On Sunday November 17th 2019 the first round of the Rotary Young Musician of the Year 2020 took place.

The Instrumentalist Winner was Evie Brenkley

This year’s Adjudicator was Dr. Duncan Brown is a former professional orchestral musician who has  worked in the UK with the BBC and in Europe for  Stuttgart Opera, an arts administrator, and university lecturer. He teaches piano and composition

at the Sage Gateshead's Centre for Advanced Studies, is a published composer of works for choir and conducts several choirs in the North-East  region. Barnard Castle Rotary Interact Clubs - An Interact Club is an organisation for young people which is run by the youngsters themselves with support from the local Rotary Club.  At both Teesdale School, and, since 2018 - Barnard Castle school, they are run by the students with Sixth formers undertaking the roles of the principal officers.

Their exciting plans for the first term of the school year include:

At Barnard Castle School, the current officers of the Interact group are:

They already have a raft of new, exciting ideas to help serve the local community.

The Rotary Club of Barnard Castle has funded a number of Shelter Boxes.

A shelterbox is a piece of first response kit used in many many disasters over the last twenty years or so.

Each Box is equipped with vital emergency equipment, including: a ten man tent, a stove, cooking utensils, blankets, water purification equipment, tools and even a few toys for the very young children.

Shelterbox is one of the major Rotary programmes that Barnard Castle Rotary Club supports as part of its International programme.

Contents of a ShelterBox 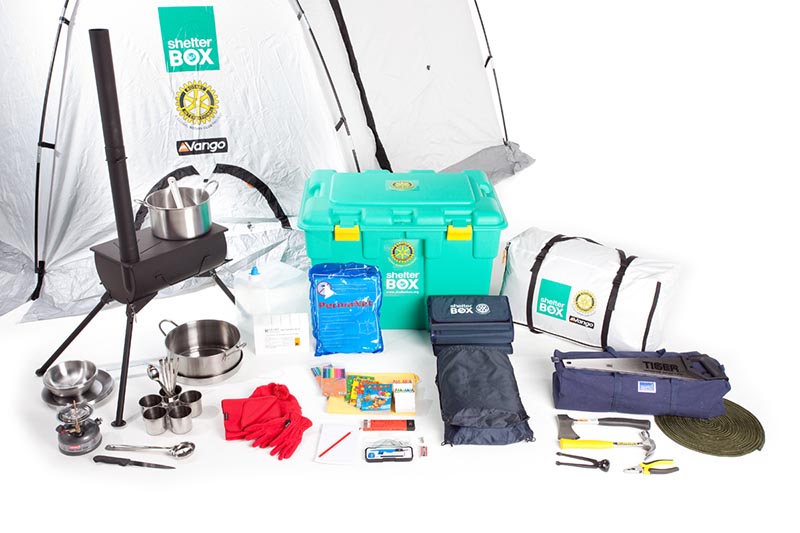 If you feel that you would like to be involved in the sort of activities mentioned above "“ Rotary operates on a local, national and international scale "“ why not come to one of our weekly meetings at The Redwell Inn? Phone our secretary, Pauline Loughran-Hanby on 01833 630102 and you will be made most welcome.

Rotary members are enthusiastic, fun-loving and active volunteers who give their time and talents to serve communities both at home and overseas. These are dedicated people, men and women from business and professions, who share a common interest in helping others.

Thanks to Ron Duxbury for this link which takes you to an archive of issues of the ROTARIAN back to 1910 !

Promote Your Page Too
The Rotary Club of Barnard Castle