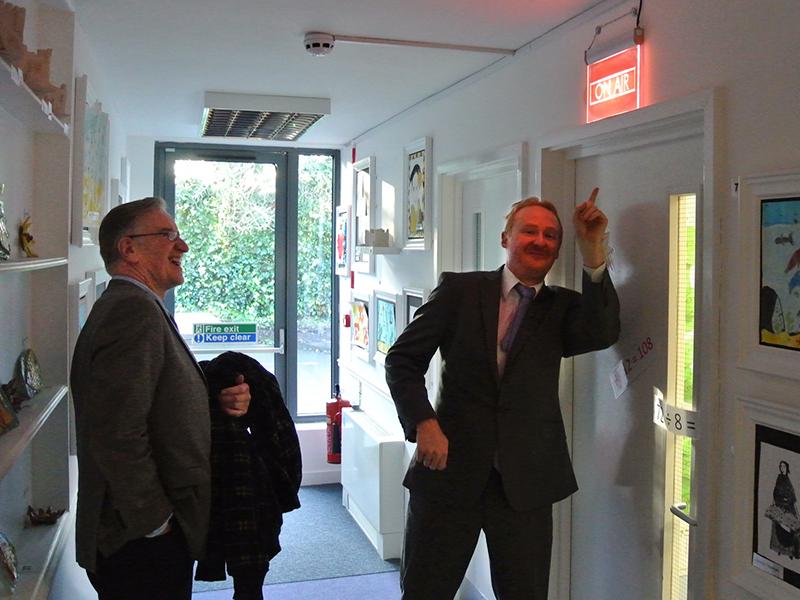 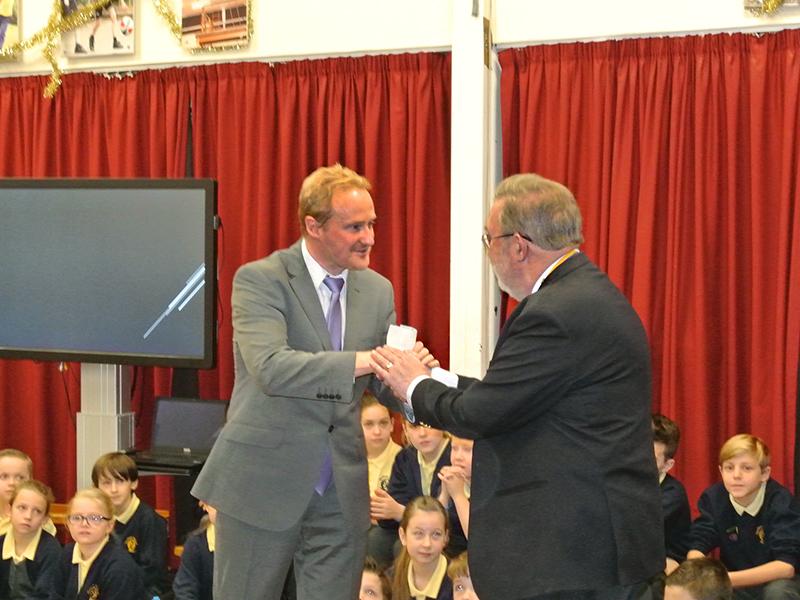 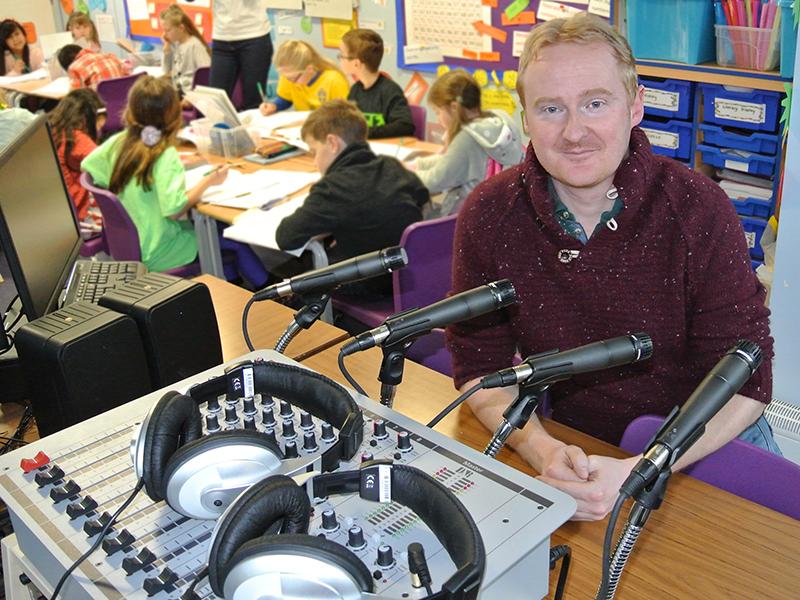 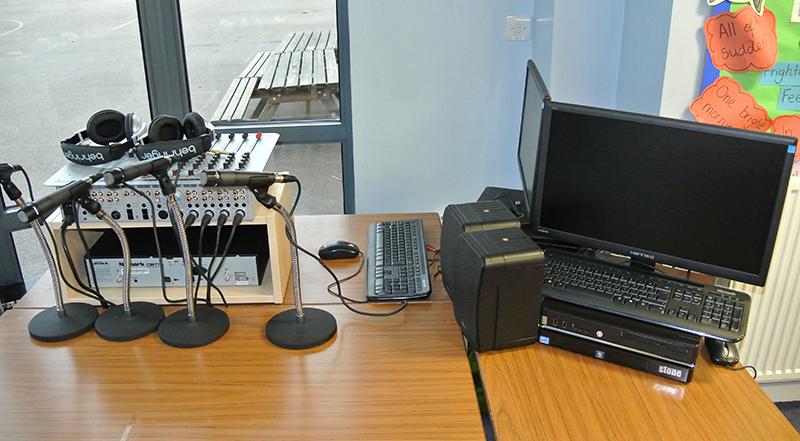 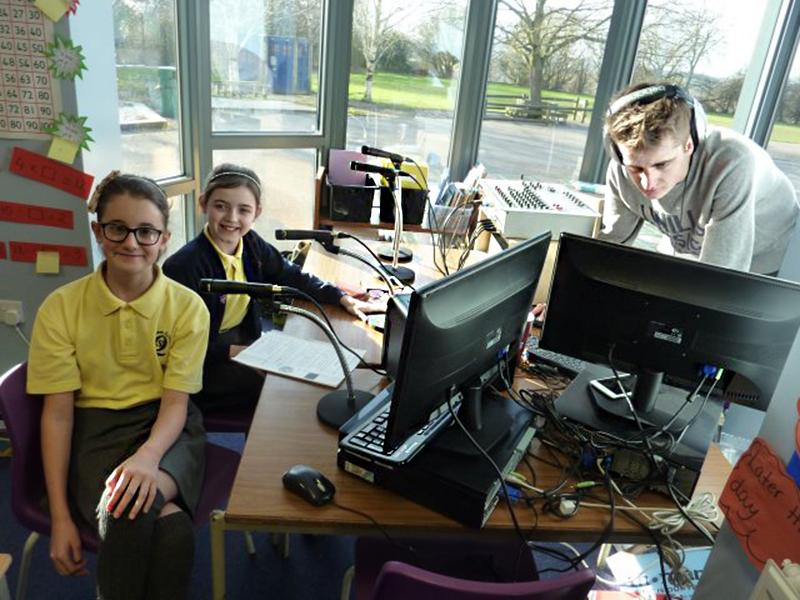 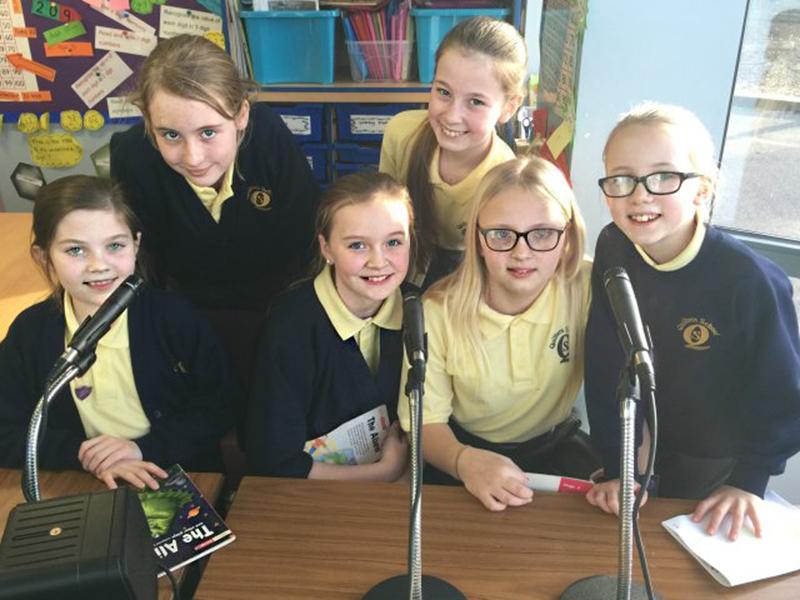 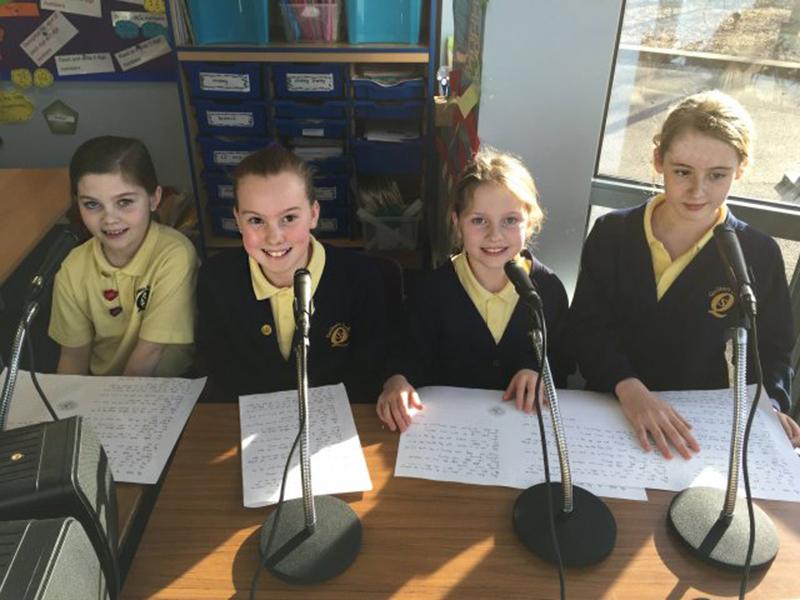 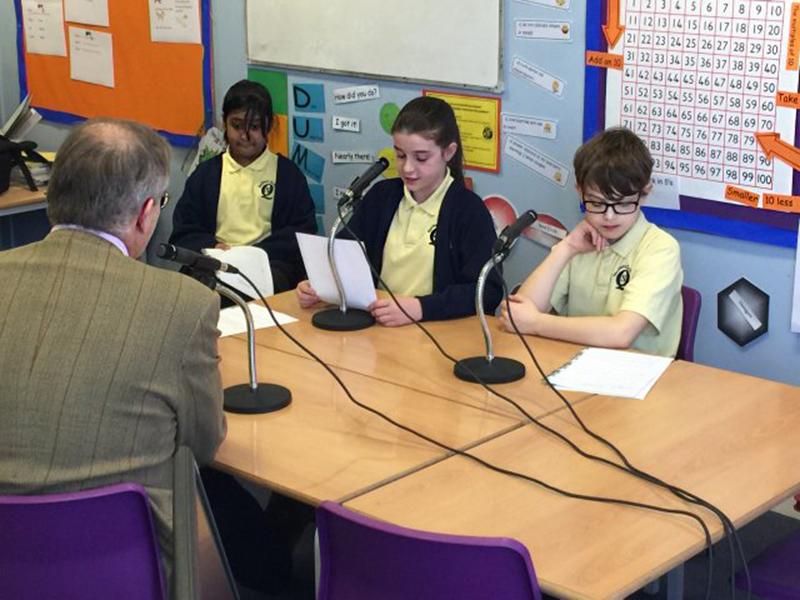 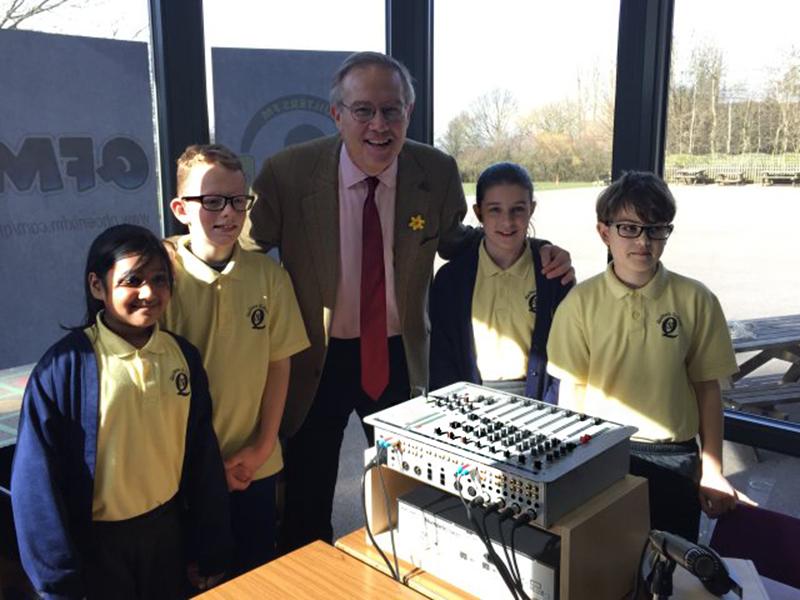 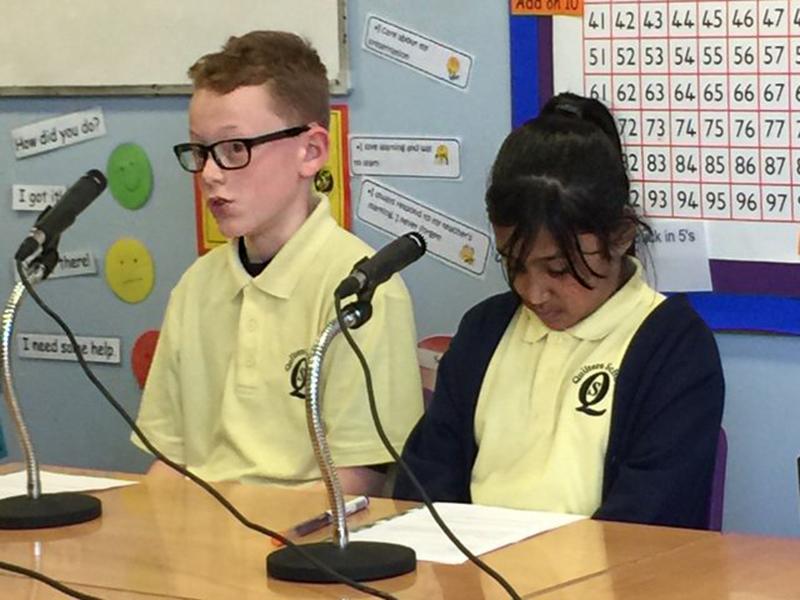 As part of our support to Youth in the local community, we donated over 1500 towards the equipment for the launch of a new Radio Station at Quilters Junior School. We are pleased to report that, following the QFM pilot show with its Rotakids News report (in the last quarter of the show) the station has now made its first broadcast.  An official jingle has also been produced.

"Many thanks to one and all, once more, for the financial backing. It is greatly appreciated" said Headmaster Michael Wade. "Hope you enjoy it."

An extract from the pilot show containing the Introduction and RotaKids news is available, either to download by clicking on:

Or to play directly here:

A series of nine shows are planned between the beginning of March and the end of the school year in July, at fortnightly intervals.

The first show, broadcast on Friday March 6th. featured an interview with Billericay MP Mr John Baron who hurried there from the opening of the Reading Rooms Exhibition commemorating World War I.  Quilters Junior School was also one of the four schools partcipating in the exhibition with a most interesting stand.

The first broadcast program is available on the PhoenixFM website and can be accessed by clicking on the image below: 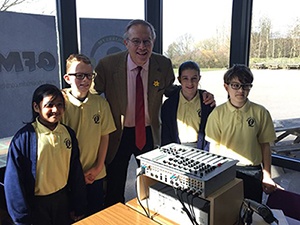 The broadcast was a major feature in the local paper The Billericay Gazette.  The article is reproduced by kind permission of the editor of the newspaper and can be read by clicking on the image below: 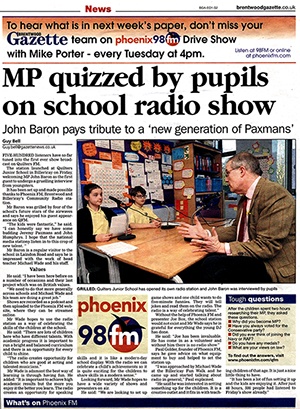 The last show on July 16 will be a compendium of Highlights and out-takes.