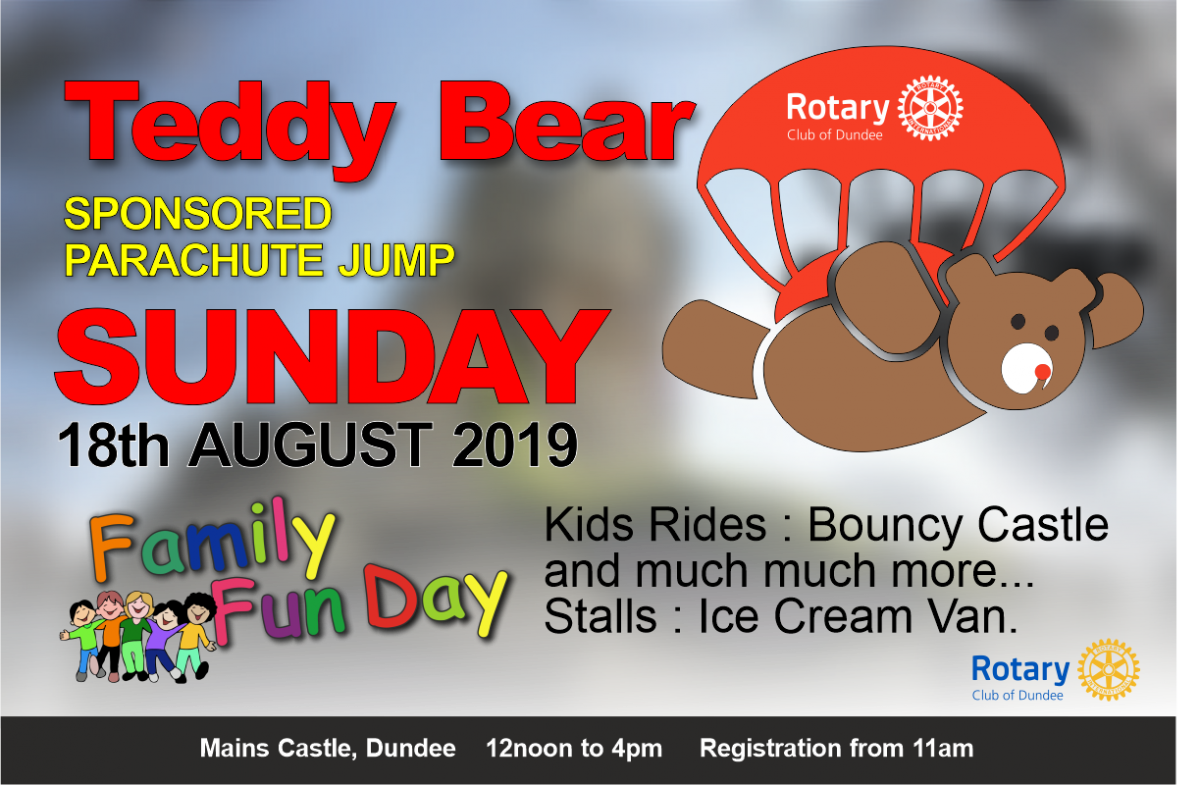 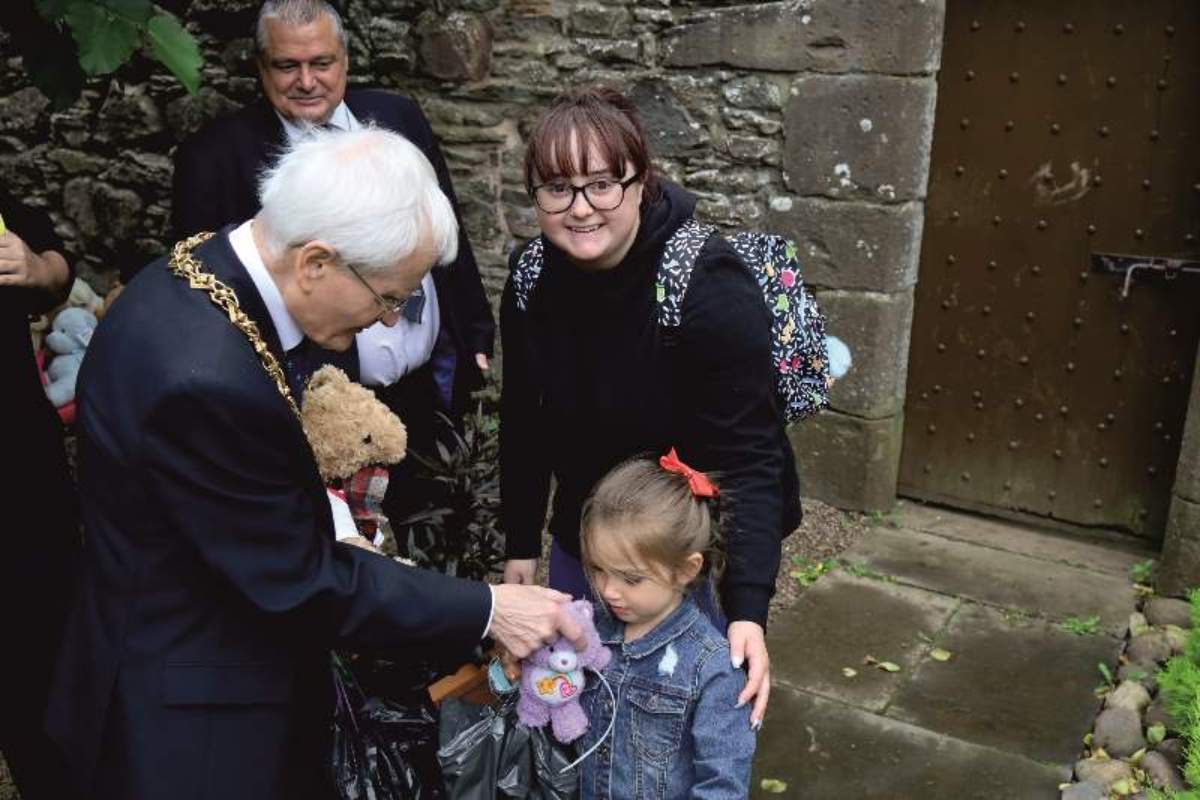 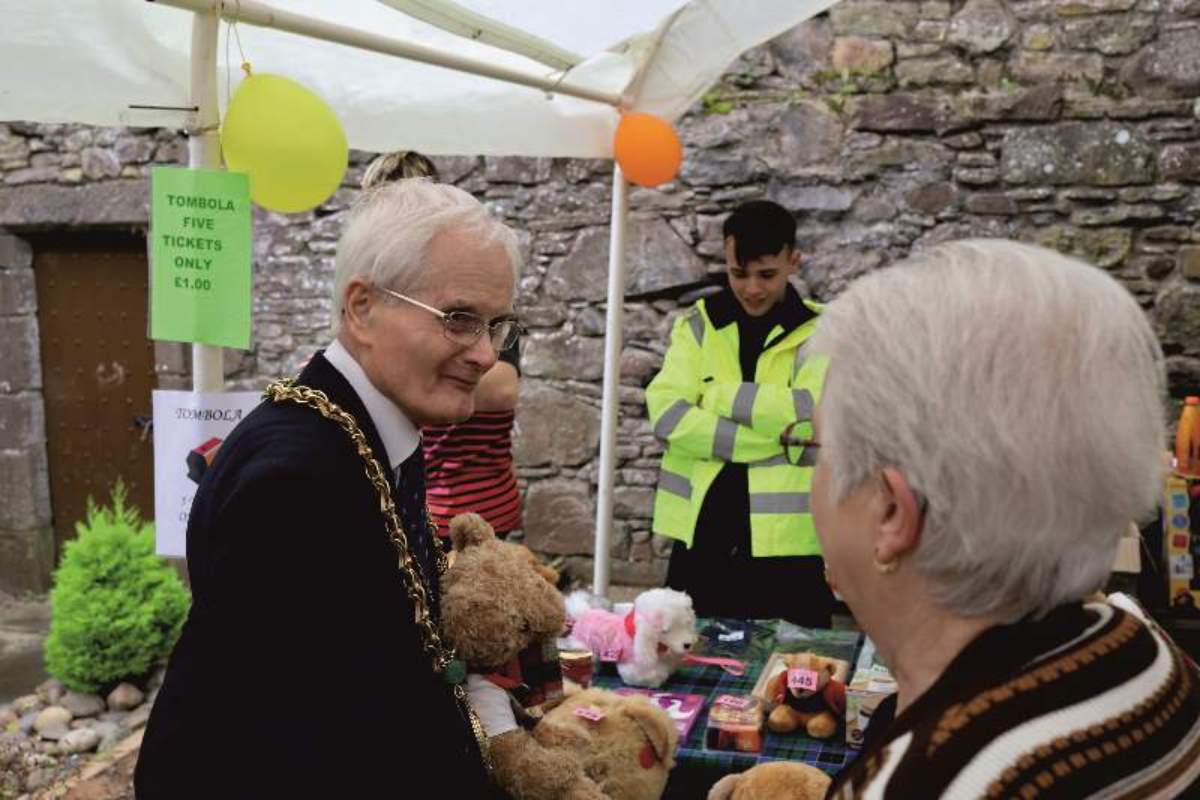 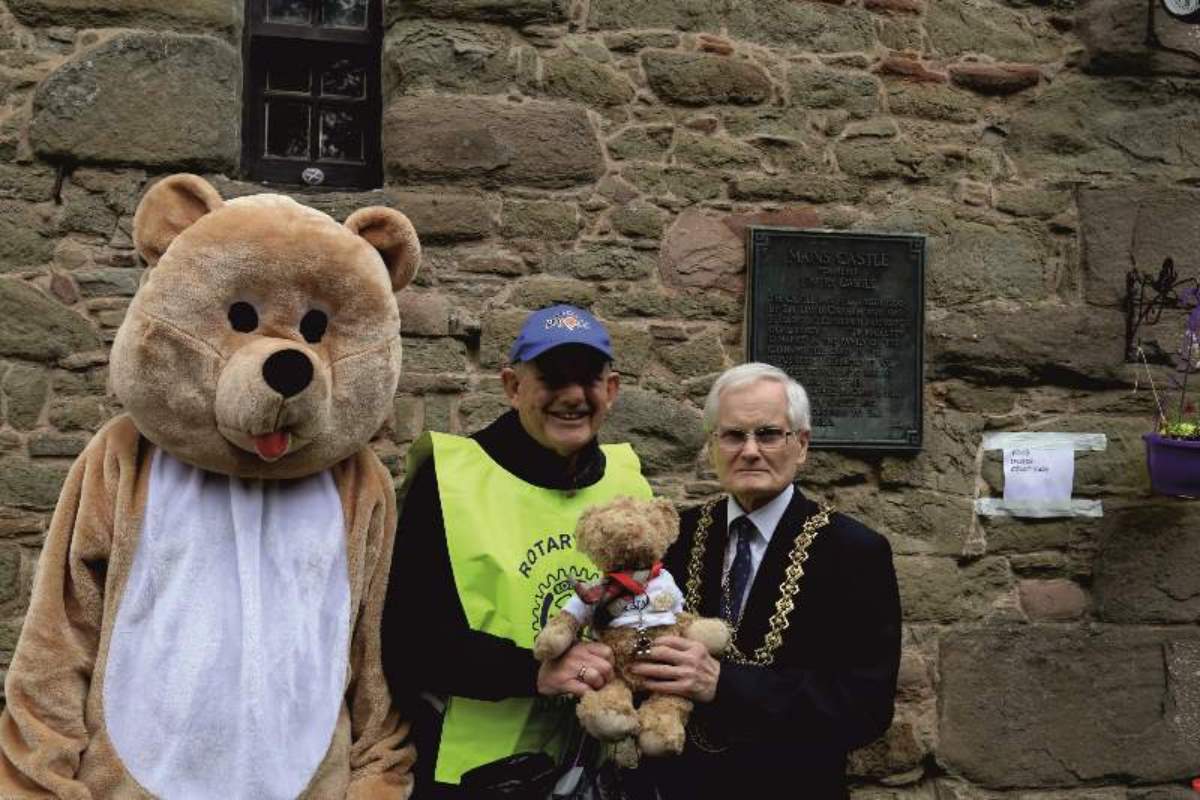 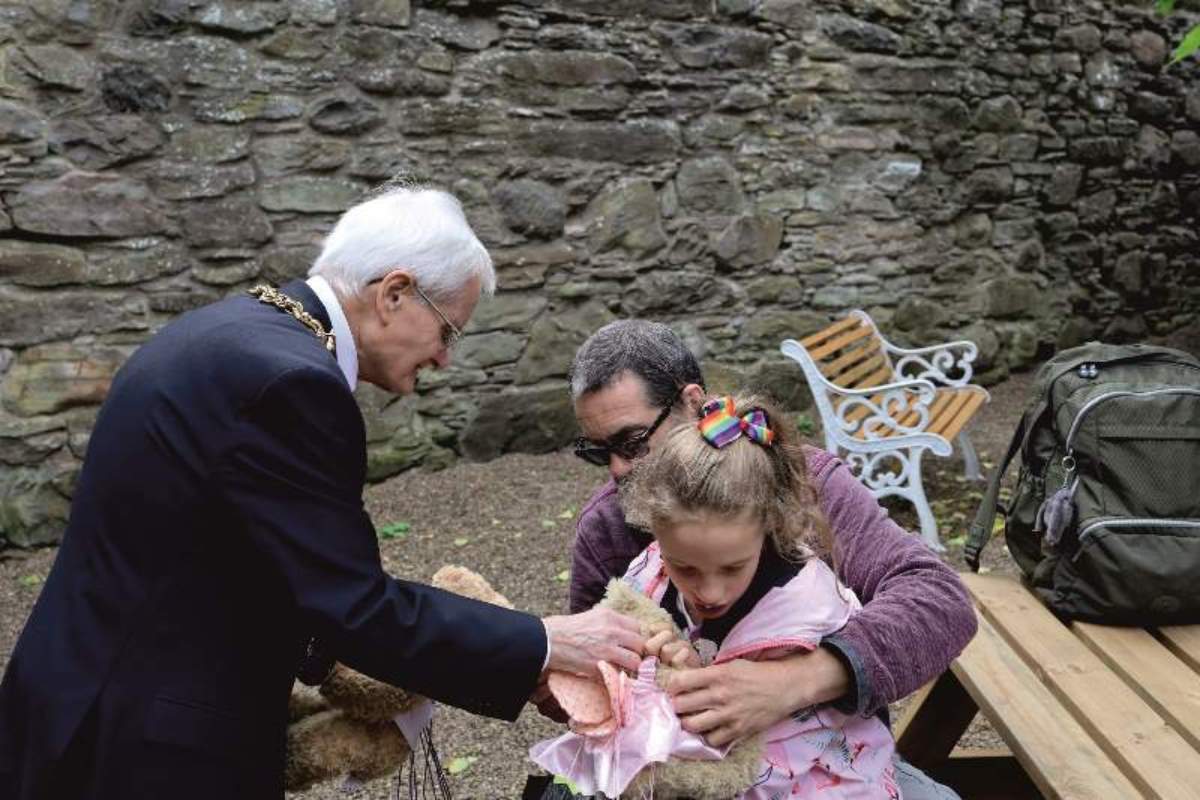 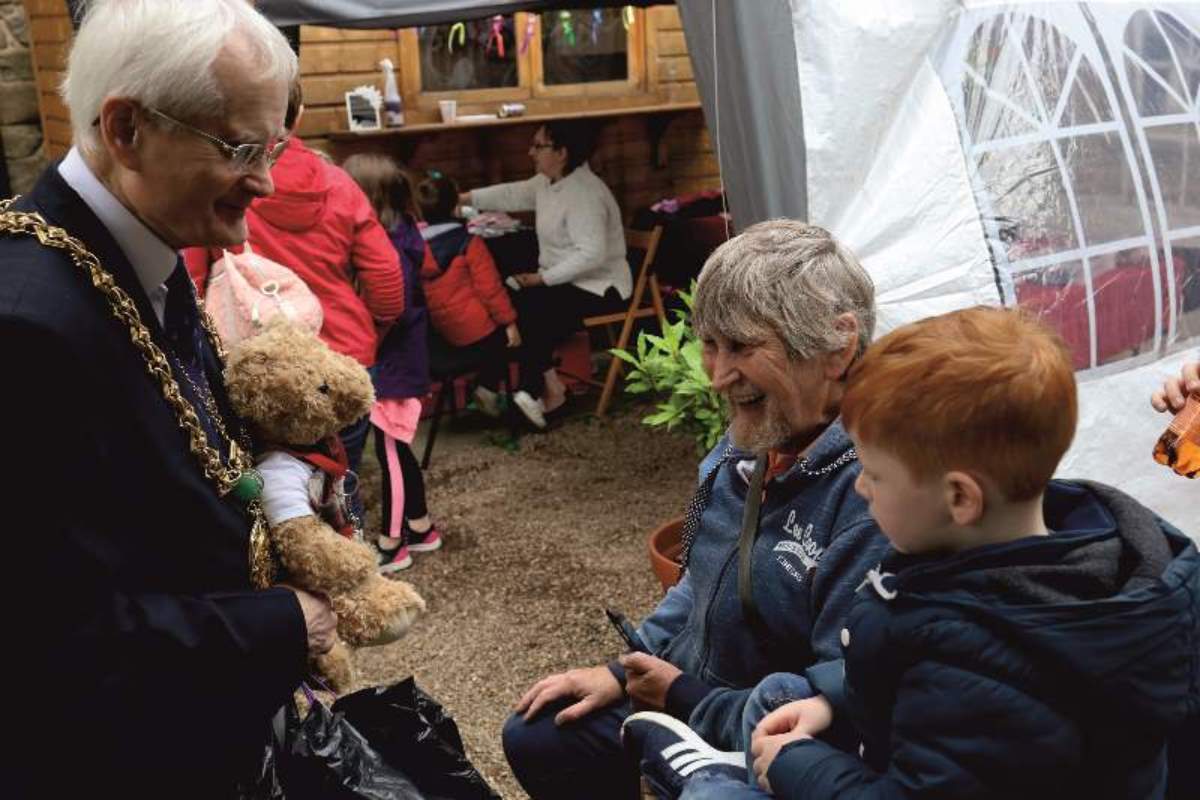 The event was attended by upwards of 120 Teddies, their owners and other supporters. The Teddies were keen to show their bravery by jumping out of the top window into the Courtyard below. Fortunately, although conditions were tough at times, none of them were injured and our First Aiders had a quiet afternoon.

Attended by the Lord Provost, Ian Borthwick who remarked how pleased he was to see an event that was aimed at younger families and involved so many of our youngsters and their Teddies. He congratulated the organisers, the stall holders for their invaluable support and finally the Rotary Club of Dundee for their support. The LP was presented with a Teddy which duly completed a successful jump from the Castle.

Registered Teddies who successfully completed the jump received a Certificate to recognise their bravery and anyone that raised more than £50 received a medal. All the money raised is destined for the poor street children in Zimbabwe, via the Rotary Club of Gweru. 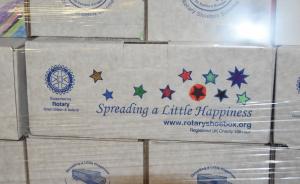 Delivery of boxes to Perth 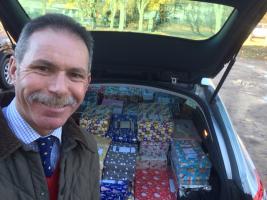 Dai John, Chair of the International Service Committee, with shoe boxes collected by the Rotary Club of Dundee 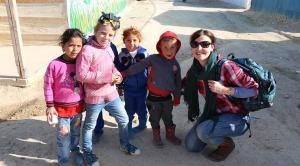 For the love of a child 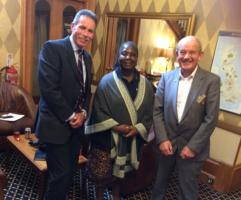 Working together to support a market garden project in Gweru, Zimbabwe

Working together to support a market garden project in Gweru, Zimbabwe 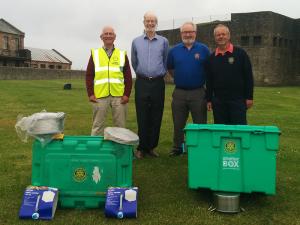 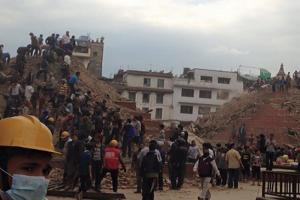 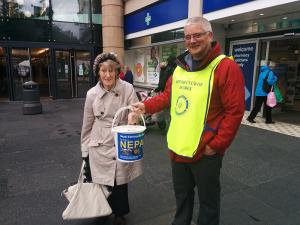 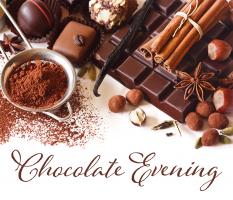 Rotarians in the Dundee area have raised a total of £3000 to help fight the ebola crisis in West Africa. 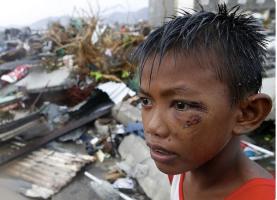 ShelterBox Appeal for the Philippines with a report on progress so far. 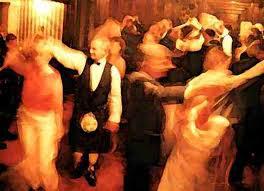 A ceilidh for international students