The hand-over meeting that sees the start of Tasneem's year as President of the Club. 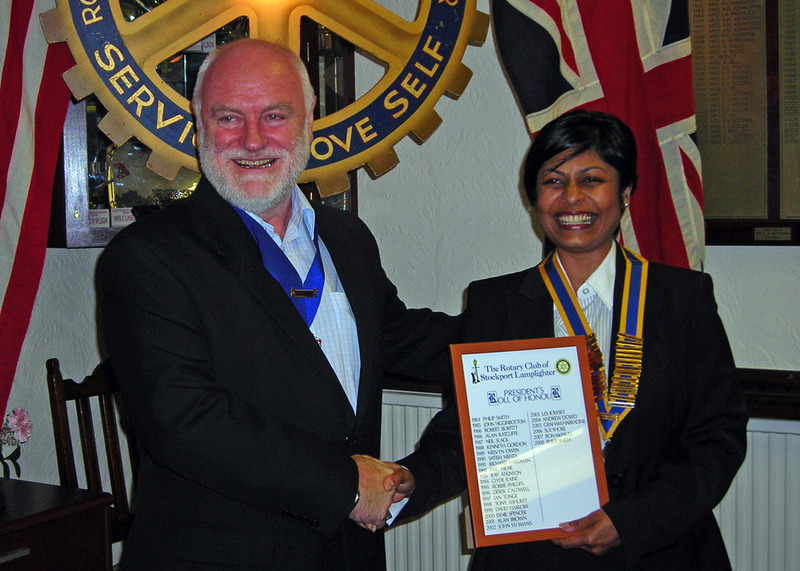 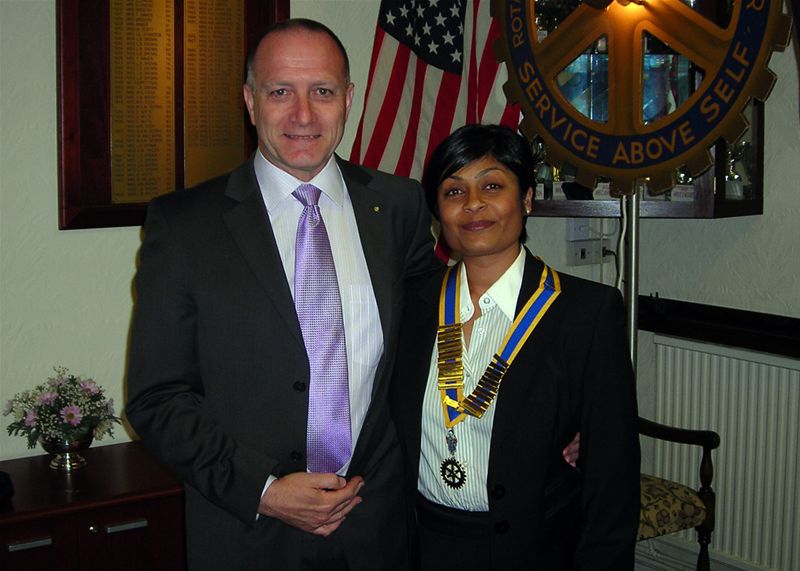 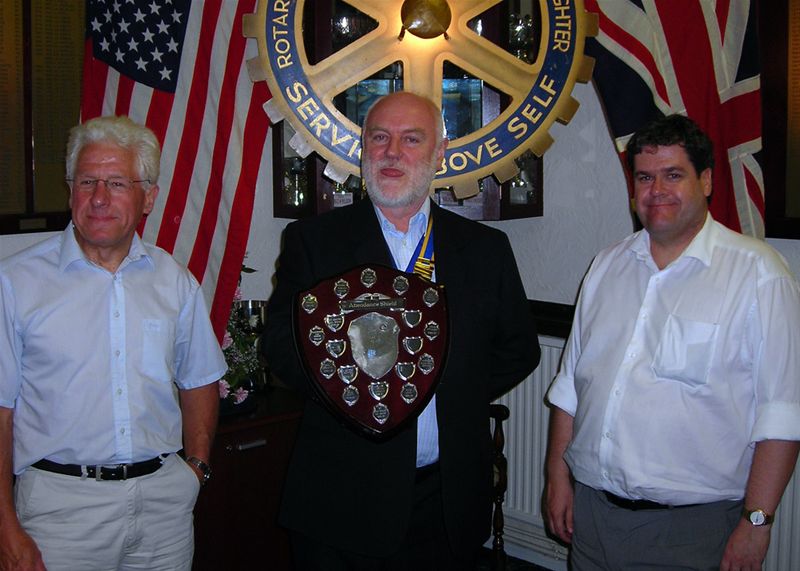 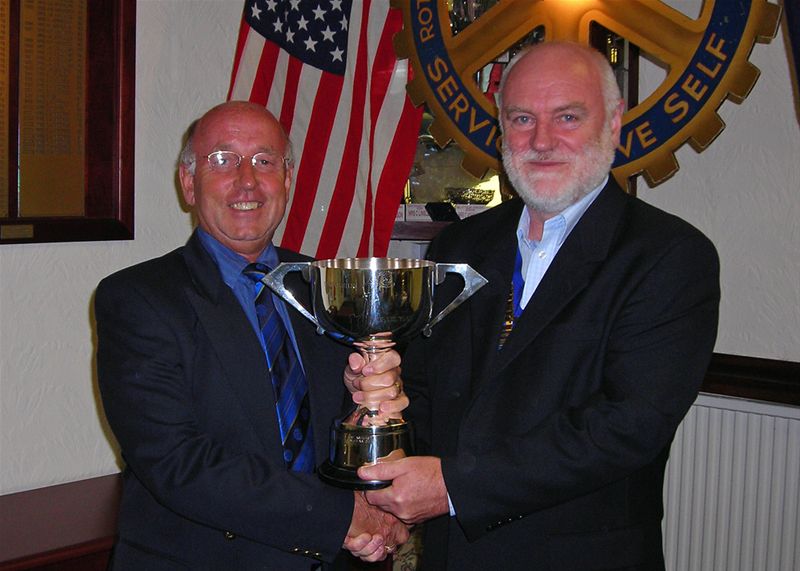 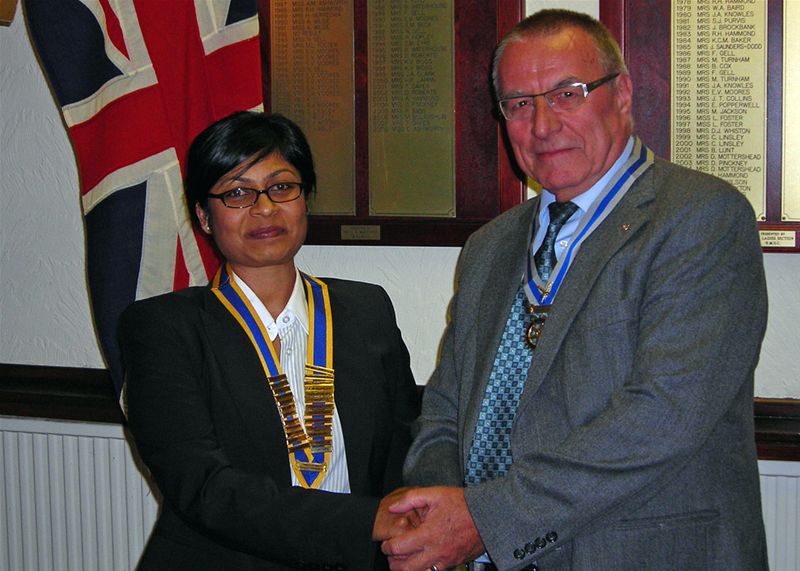 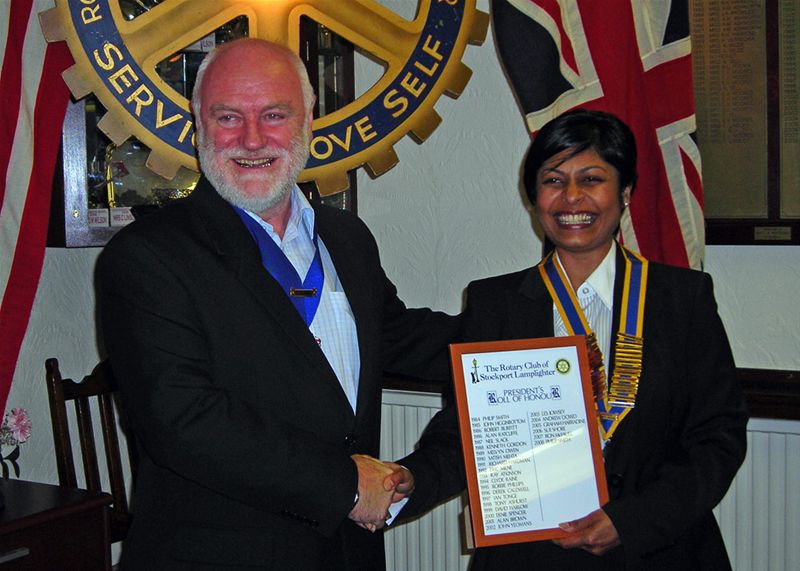 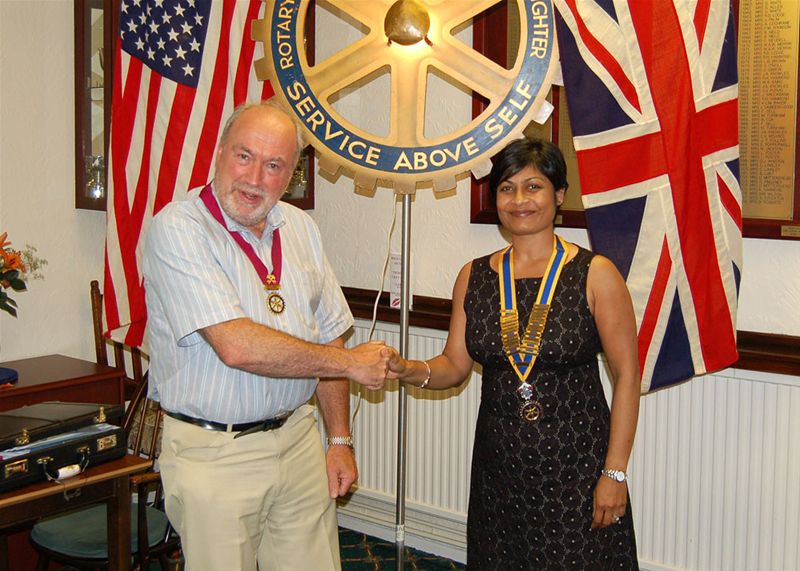 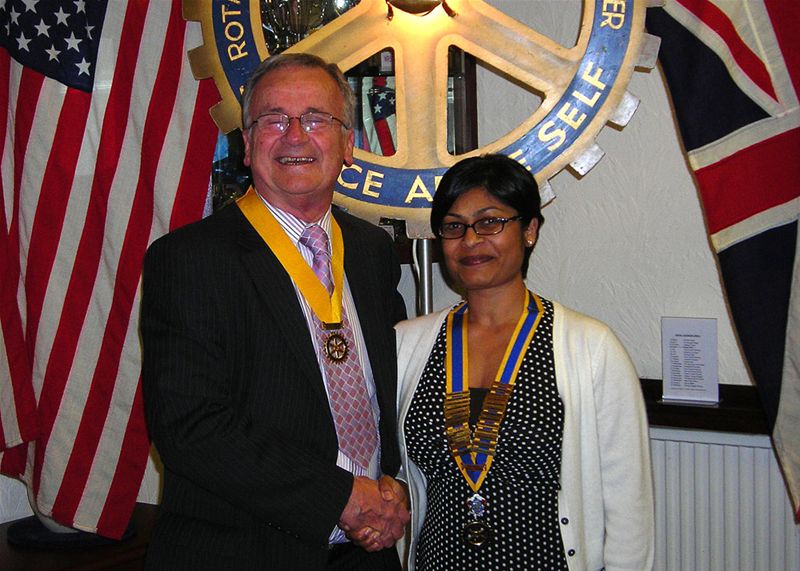 At our last meeting in June, President Philip handed over the reins to Tasneem. In a nice break with tradition, the passing on of the jewel was carried out by the previous year's president, and husband to Tasneem, Ron McFaull. Tasneem then installed the Club Officers for 2009/10. Committee chairs were invited to put forward their proposals for the year, which were all duly accepted. Before the change over, Philip awarded the Attendance Shield jointly to Graham and Andrew, and the Lamplighter of the Year Award to David Harlow, for his tremendous work in membership recruitment.