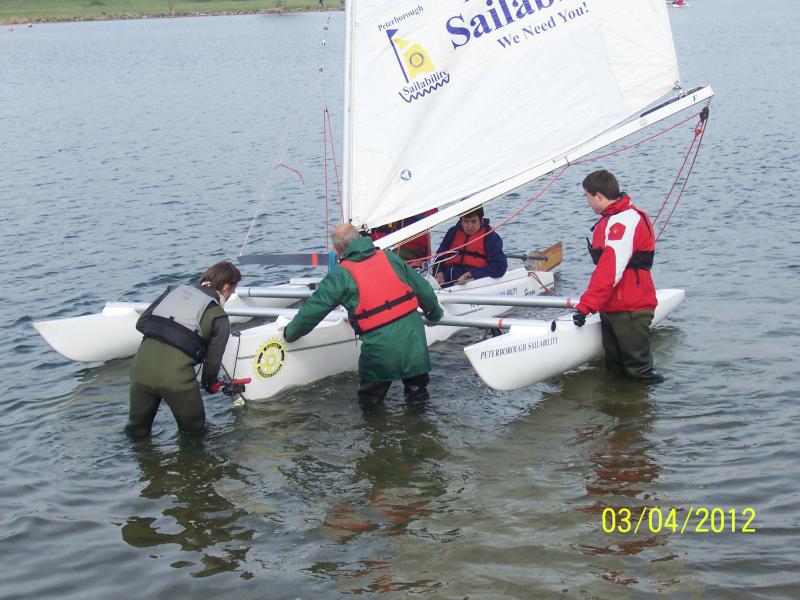 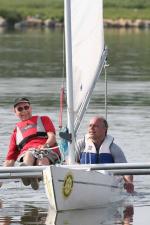 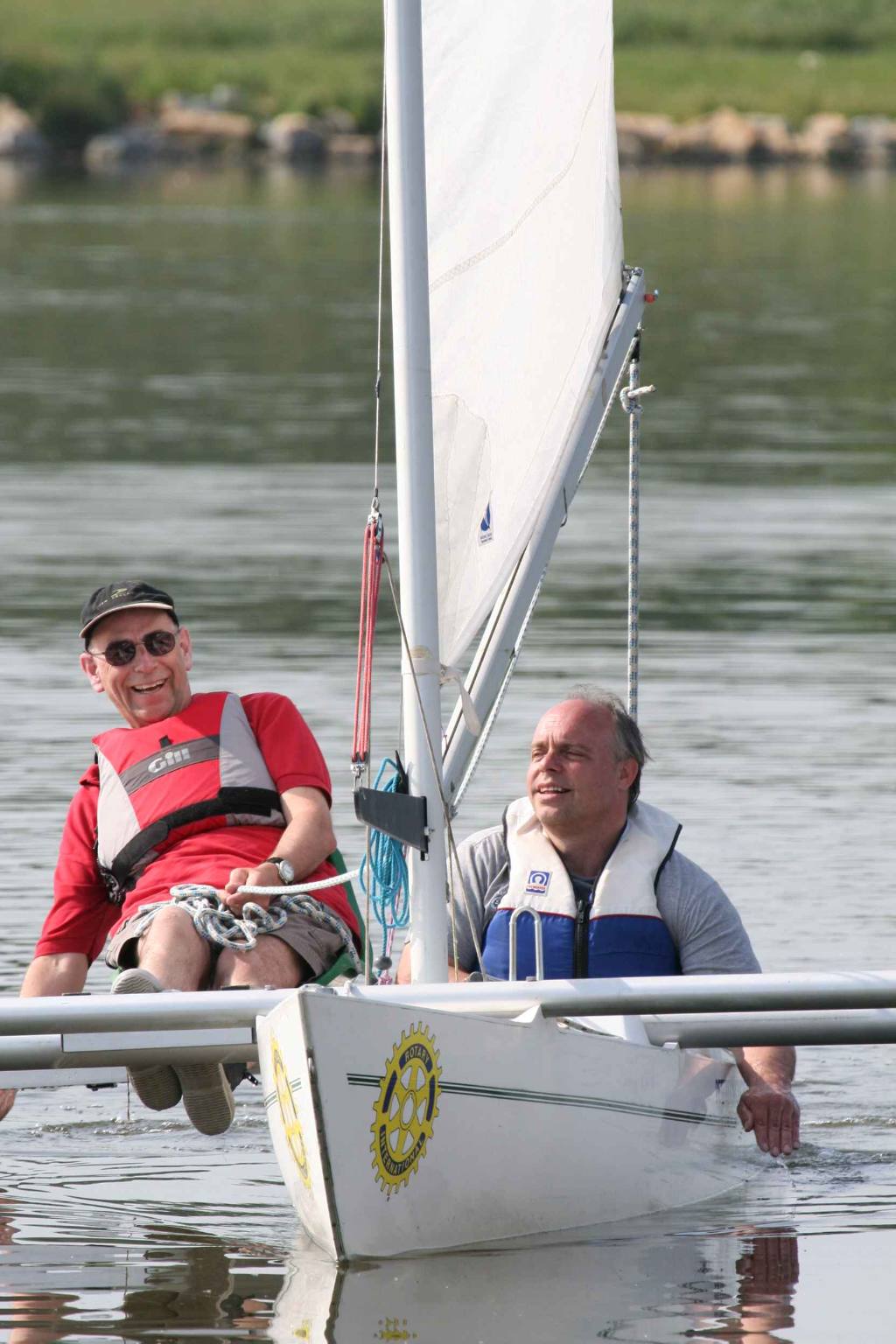 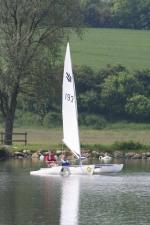 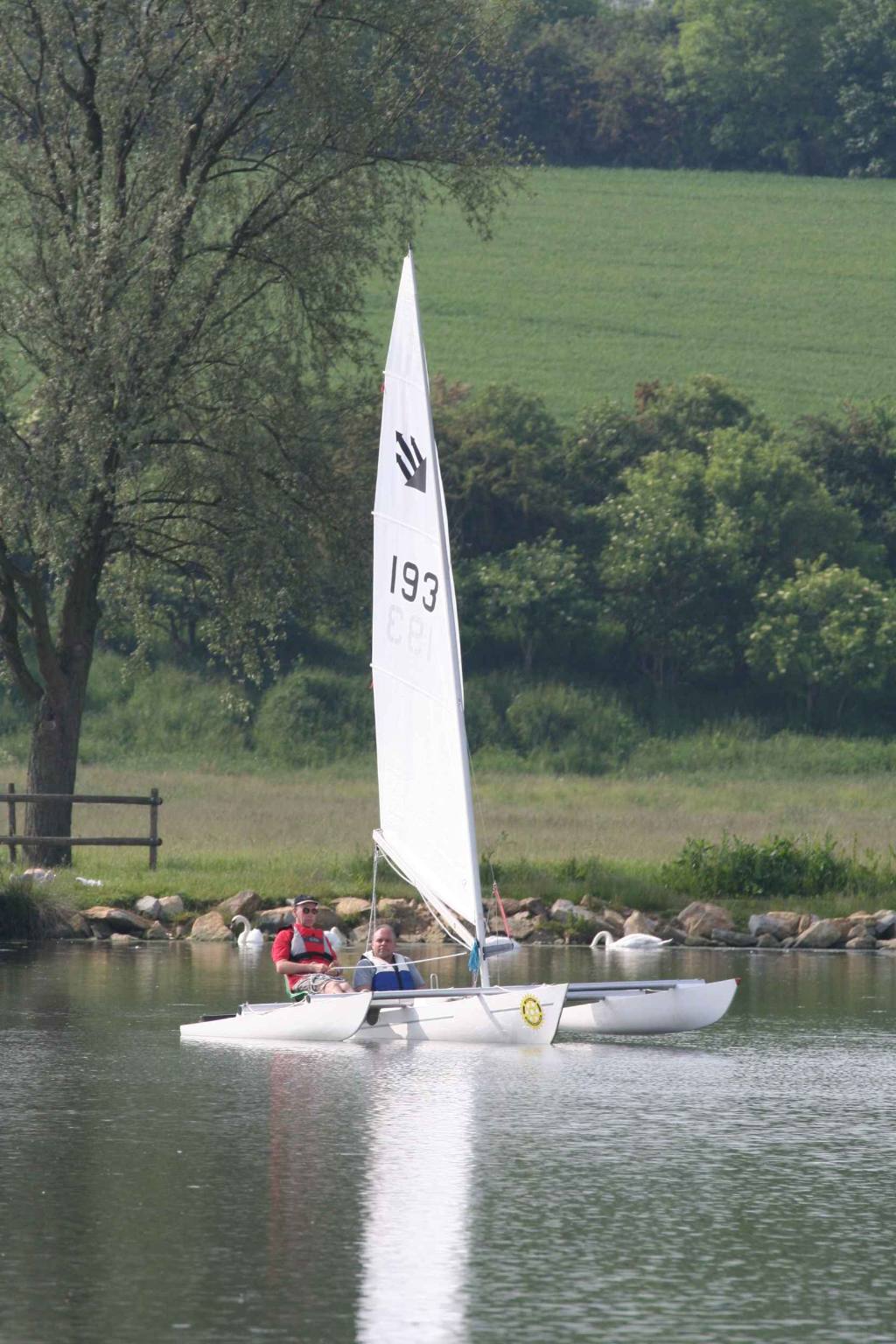 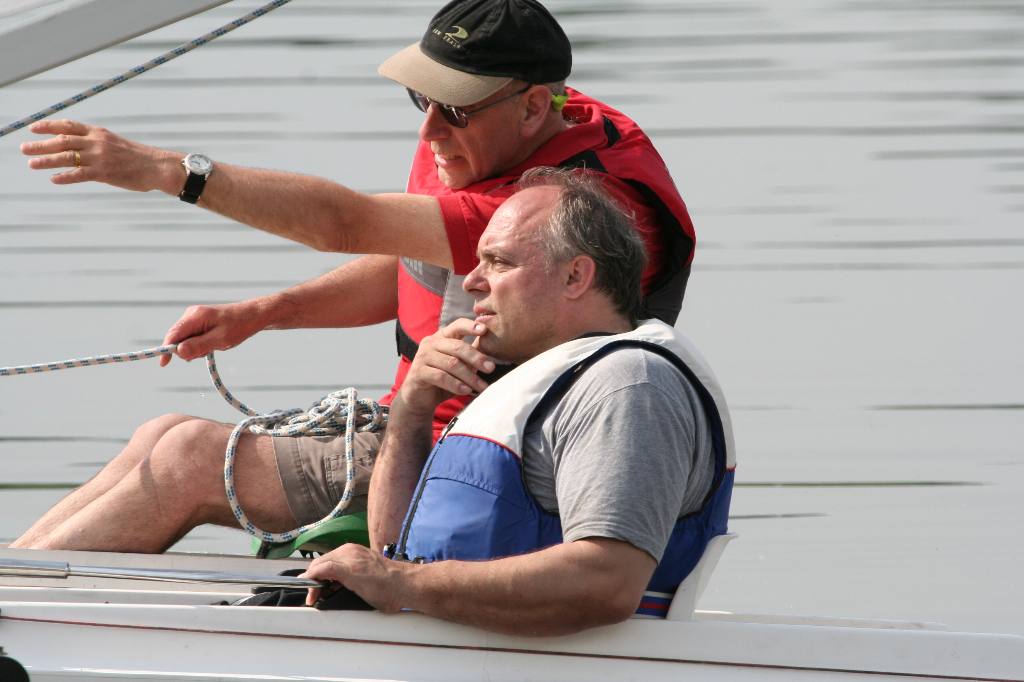 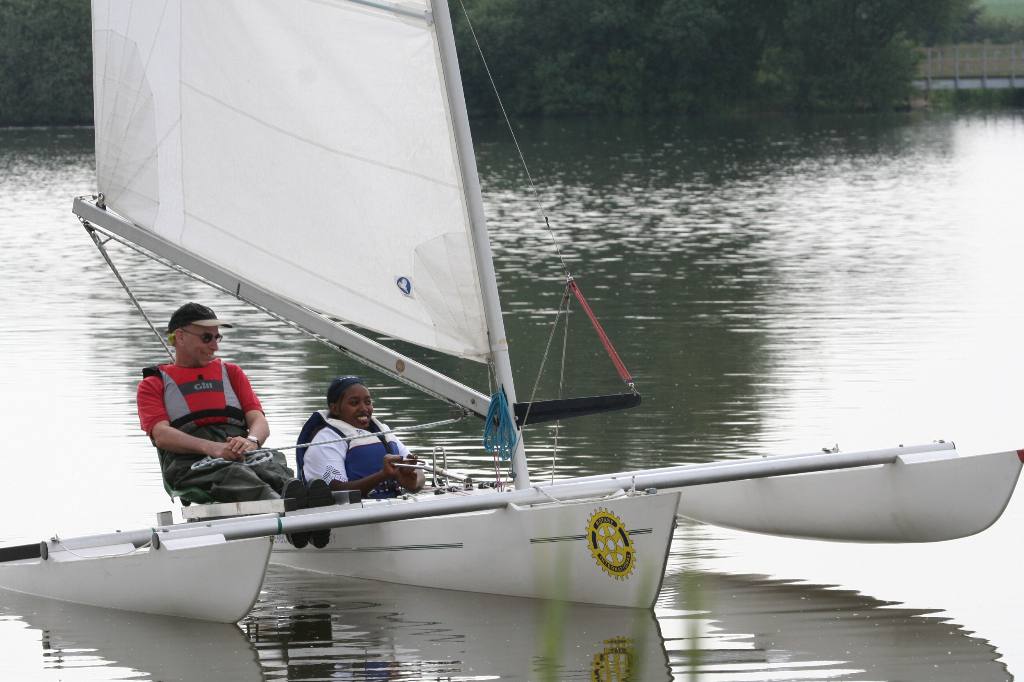 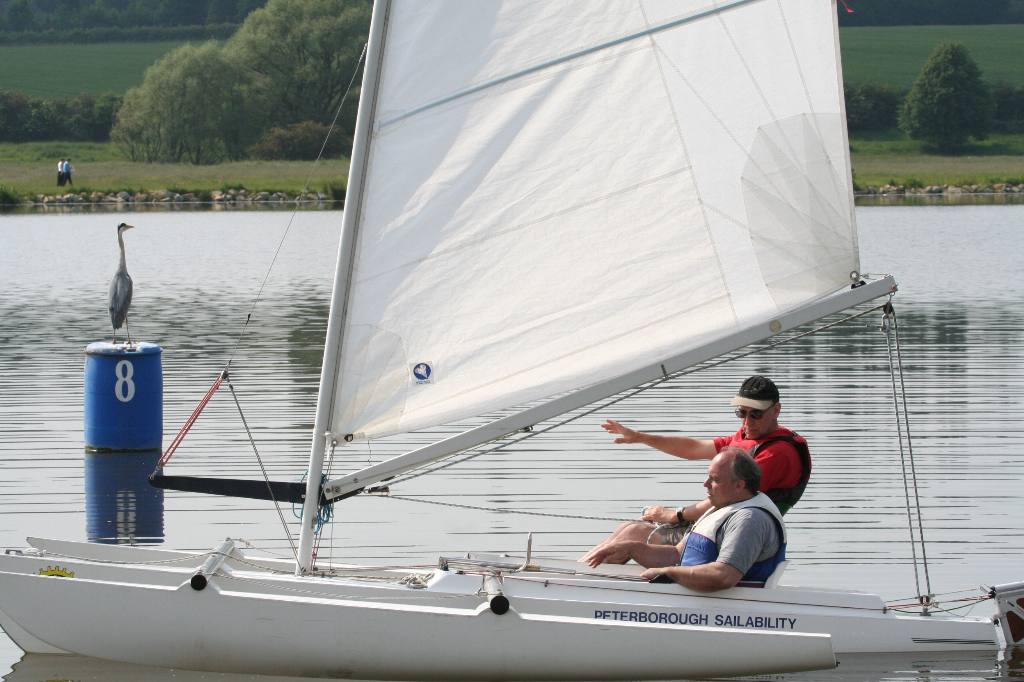 Peterborough Sailability completed its first year of operations at Ferry Meadows sailing centre in 2007. We were lucky enough to receive supportive nurture from Rutland Sailability which has a large number of experienced sailors and the finest sailing water in Europe, but just too far away for some disabled people in Peterborough. With their many years of experience and large number of dedicated helpers they were able to persuade and support the Rotary Clubs of Peterborough and Whittlesey to establish a working party in late 2005. By the following spring we had some funds, a band of helpers and the promise of three trimarans on loan from the Challenger Association. Without a suitable jetty it was decided not to try to use Access dinghies, however this remains an option for the future once finance to build a jetty can be raised.

A test sailing in April by our colleagues from Rutland proved that the Ferry Meadows lake and associated facilities were suitable for us to begin operations with our Challengers in early June. We were blessed with a summer of perfect weather for novice sailors and helpers alike. A core of 6-8 regular sailors attended on Tuesday afternoons, but on a busy day as many as 14 were launched. Everybody learned so much and what we lacked in resource or experience we made up for in improvisation and enthusiasm. The initial expenses were met by donations from the Rotary Clubs and a core of helpers came from the same source. It is our intention to raise much more commercial sponsorship locally during the next year or two which will be a challenge for Rod, and to enlarge our shore party from a wider range of interested individuals. Most importantly we had fantastic support from our instructors who showed patience and dedication throughout the summer.

Our 6 Challengers have been enough to support our operation this season – 60 sailing days. In terms of sailor numbers, our best Tuesday was 50, best Thursday 40, and best week 80.We totaled 1650 launches, about three times last year’s figure. This means that on a busy day we are launching / recovering a boat every 4½ minutes! This year, more Helpers joined us, enabling us to increase the number of buddies.Thank you.

·We can have 40 people at a time at our operation, sometimes including 9 wheelchairs, so it gets quite hectic. We have handled a greater range of disabilities.The hoist has been in much greater use.We have not failed at all in loading and launching anybody. Sailability has opened up opportunities for 14-year-old Nathan who until this year had never been out of a wheelchair. ·All this work has to be managed: sailors are booked in and kitted up, and money taken. Carol and Maureen, you have done a super job. Thanks also to June and Su for your support. ·As the hub of everything, the shore operation has to be quite slick, dealing with all the communication between us and Sailors/Buddies/Helpers. Taking on radios has been a great success (although fines on buddies for forgetting to take a radio out with them have not always been collected!). ·Six of us have become RYA First Aiders. ·We have a maintenance schedule for each boat; many thanks to Denis, JohnG and Ged for the work they have done, and to Nick for keeping our boats cleaned. ·We had hoped to develop a Race Ladder scheme this year, but never found the time to do it, nor did we manage a small regatta, but we did run special sessions for 2 disability organisations. ·Many thanks to our SI Brian Hall for his unfailing enthusiasm and active participation in our operations.Also many thanks to Barry Easom for the continuing support from Lakeside Leisure, and allowing us use of the quad bike. ·What about next season?

2018  This year we have been honoured with the Queen's Award for Voluntary Service.  It will be presented by the Lord Lieutenant of Cambridgeshire on 11 September 2018.