From Rock Barracks to Afghanistan Summer 2010.


From Rock Barracks to Afghanistan Summer 2010.

The 16th annual Notcutt Lecture organised by the Rotary Club of Woodbridge saw a capacity audience at The Community Centre when 2 Majors from the 23 Engineer Regiment (Air Assault) gave informative and sometimes humorous  accounts of their past experiences in Afghanistan and preparations for their next tour. [The names have been removed for personal security reasons]

Known as the Paras, they have been continuously deployed since the 9/11 attack in the USA.  The Engineers are primarily soldiers but support our troops by building defences, filling ditches, bridging rivers, building and maintaining roads, improving the camp, building check points, winterising forward operating bases, water supply and sewage.

They also provide support to the local community by building schools, hospitals, prisons, health clinics, sports stadiums and mosques.  Their aim is to turn derelict towns into thriving communities.  These projects are led by local Afghan leaders and supported by the Engineers.

The job they are probably most known for is blowing up objects, making safe or detonating improvised explosive devices (IED's) and specialised training is given for this.  Many local people, local army and local police are also killed and injured by IED's, so there is real support from the local people for the Engineers in this work.

At present they are preparing for their next tour, starting in September.  This takes 6-7 months and includes basic training, basic skills, combat engineer skills, basic demolition, water supply, bridging, clearing minefields, route search and artisan skills.  As part of this build up they helped Edinburgh Zoo by constructing a polar bear enclosure for a fraction of the originally quoted cost.

Afghanistan is very hot in summer, freezing in winter with the terrain varying from desert to jungle.  Training includes how to cope with these conditions when the weight of bullet proof  jacket and equipment can be 70 kgs or more.

When they deployed to Helmand in 2006 there was a battle group of 450, this year there are 35,000 international troops.  The emphasis is now on working with local people to help the Afghans help themselves and stop the Taleban returning.

Drugs barons and their armies try to undermine the government so the aim is to build up relationships with local people to overcome this threat.  One of the small effects of this is that farmers are now paid for trees which are felled to create fields of fire.

It is also important to understand the people and their customs so that offence is not accidentally given and training in this aspect is considered of the greatest importance.  Our troops operate under UK law and there is now a new ruling called Courageous Restraint where no harm is to come to local people even if it places our troops in danger.

For their next tour they will be much better equipped with extra detection teams, 60 new vehicles, new detection equipment and the ability to collect DNA from IED's to identify those people making them.  They will be joining soldiers from 60-70 other countries

The national press seems to concentrate only on the bad news, so it was refreshing to also hear the good news.  The evening was a tremendous success and thanks go to both majors and all the men who demonstrated equipment and talked about their lives and experiences.

One thing that did become clear during the evening was the appreciation felt by the Engineers for the support given by the local community, they felt and are Woodbridge's local regiment. 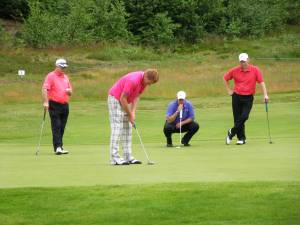 more An annual event for this club held at Woodbridge Golf Club.

How to use the Woodbridge Rotary Web Presence 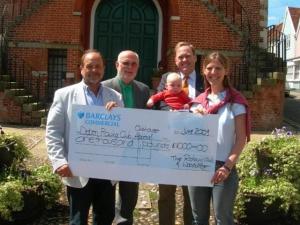 more President Geoff Springett and David Houchell of Woodbridge Rotary Cub are seen here presenting a cheque for £1000 to Nicola and William Notcutt who are receiving it on behalf of the Deben Rowing Club. 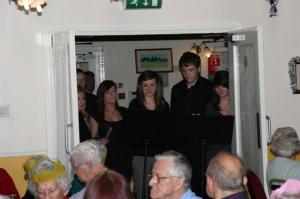 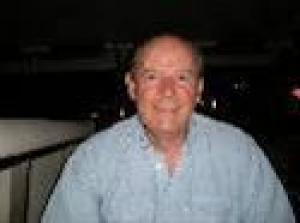 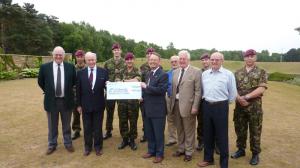 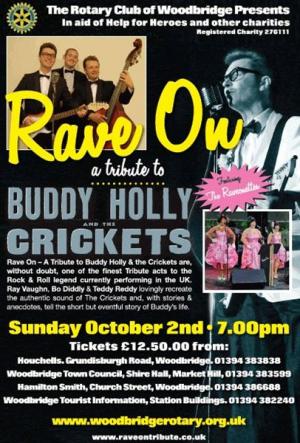 more Including the club bottle stall