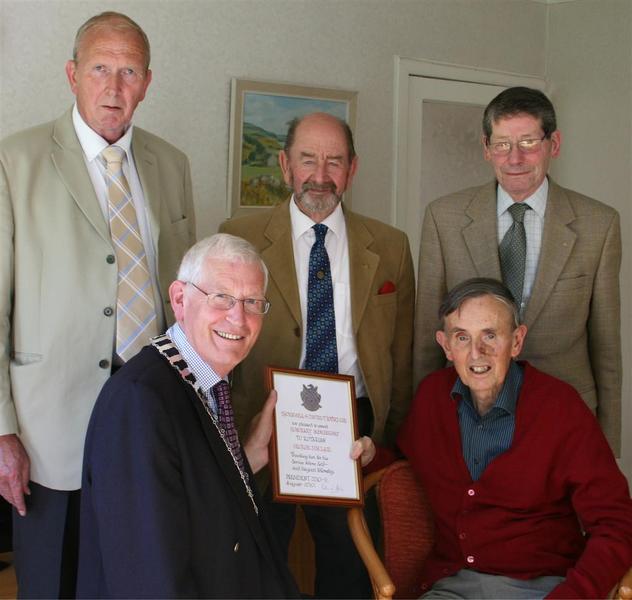 The Rotary Club of Thornhill and District's President Ed Hunter ( 2009-10) conferred the title of Honorary Membership of the club on one of the club's senior members, George Sinclair in September 2010. George began his Rotary career in the 1960's with the Rotary Club of Buckie on the Moray Firth, transferring to Ayr club after a few years, before finally arriving at the Thornhill club where he served as President in 1987-1988. In his professional life George was a solicitor with Dumfries and Galloway Council before he retiring some years ago.

President Ed Hunter said 'It is a real pleasure to be asked to elevate George to Honour Membership of our club. In his time with us George has been a most loyal and committed Rotarian and we look forward to welcoming him to the club as an Honorary Member'.

George passed away in January 2012.

George Sinclair was born in Glasgow on 15/9/32.He was educated at Glasgow High School and Glasgow University where he graduated MA.Llb in 1956.He worked in local government in Buckie,Ayr and Dumfries,and from there he took early retirement.He was a member of Rotary for 47yrs.Past president of Thornhill Rotary club.He was an elder in the Church of Scotland in Ayr and Thornhill.He had a great love of the West Coast of Scotland and its islands which he acquired in Lochaline during the war. He and his wife Elizabeth were keen sailors.His other hobbies were curling and painting.

"The Nithsdale Times" is going electronic during the Covid-19 pandemic to continue supplying local news and service's to the local people.

The Rotary Club of Thornhill and District Privacy Notice

Recently you will have seen a lot of hype regarding GDPR but what actually does it mean to us.

Here you will find a selection of Tutorial pages regarding Website usage and navigation. 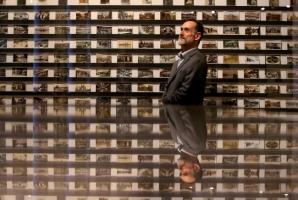