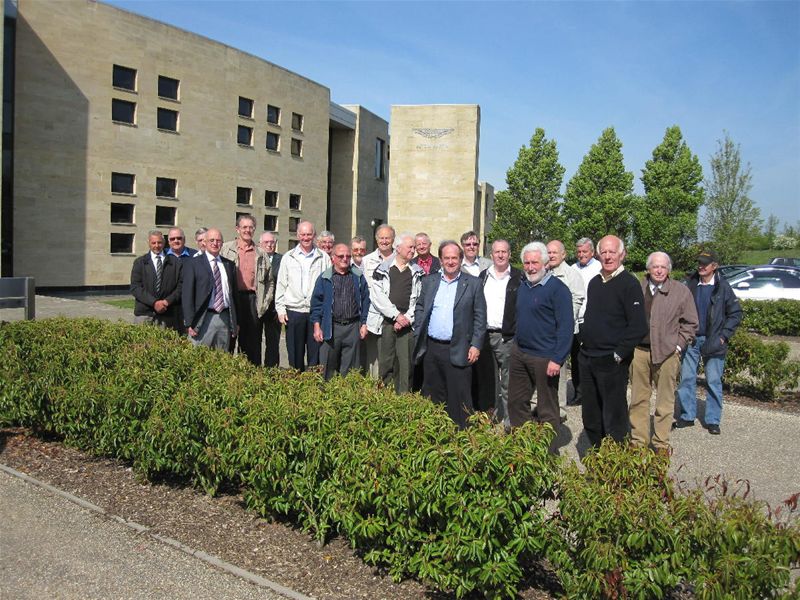 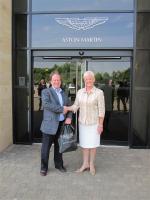 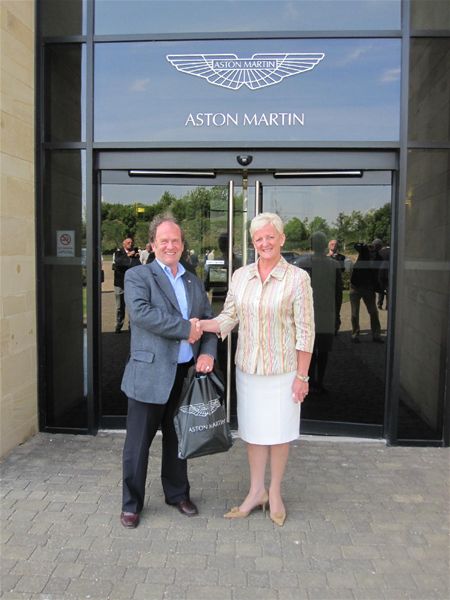 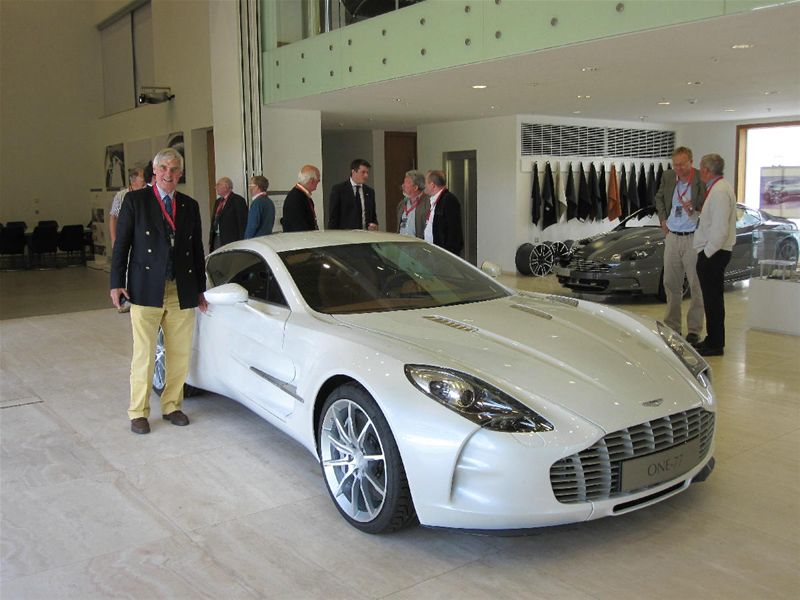 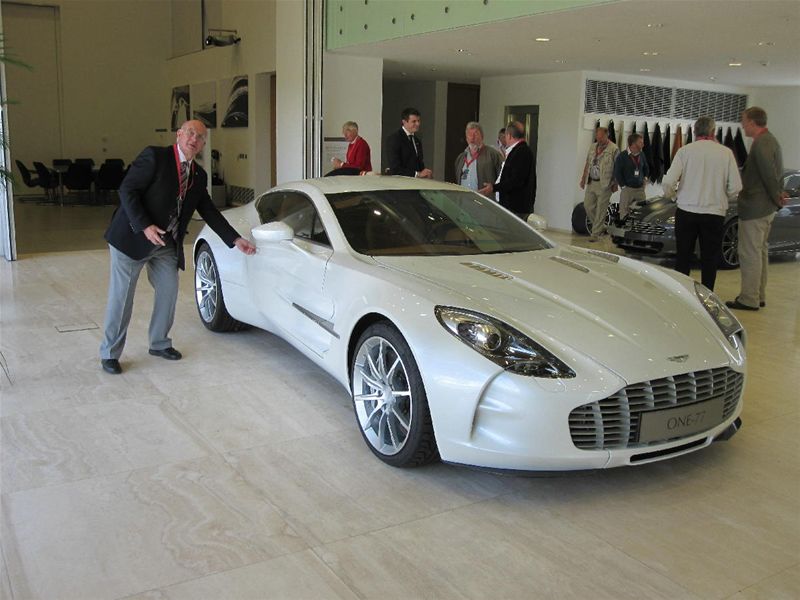 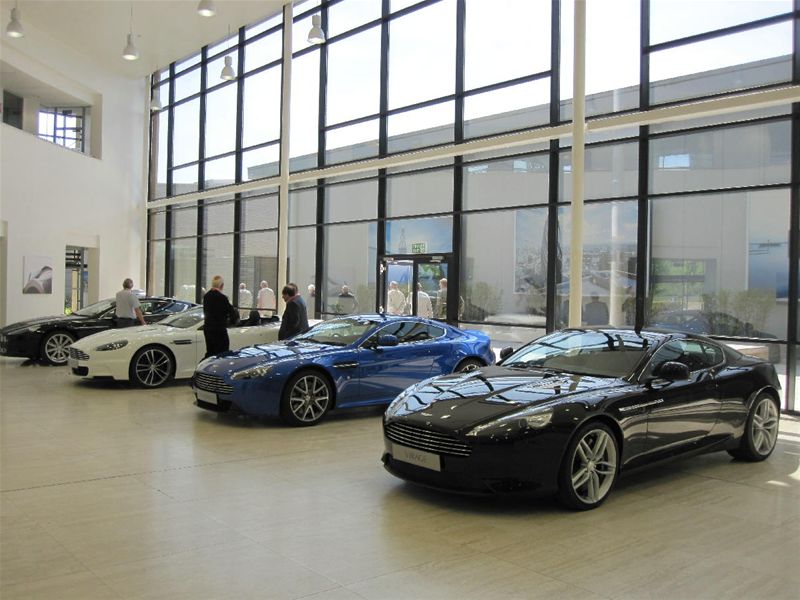 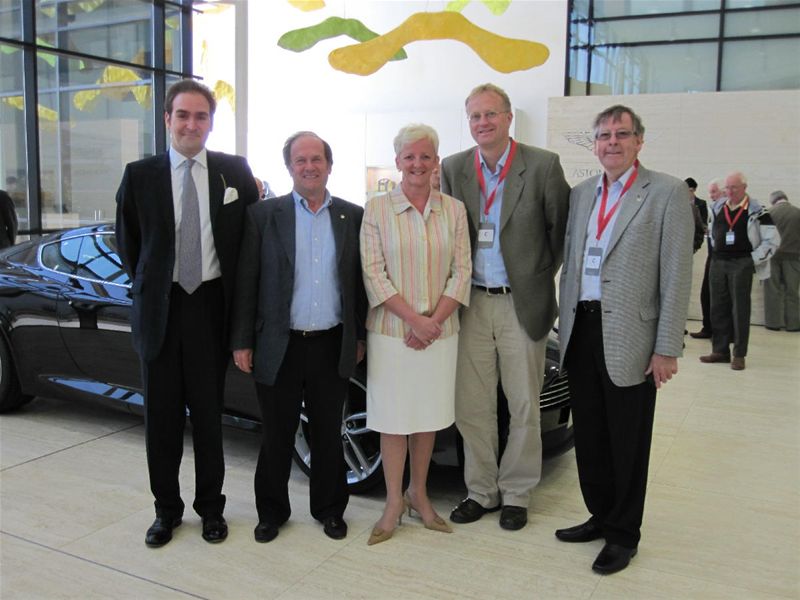 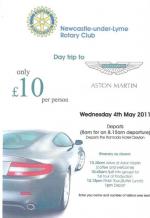 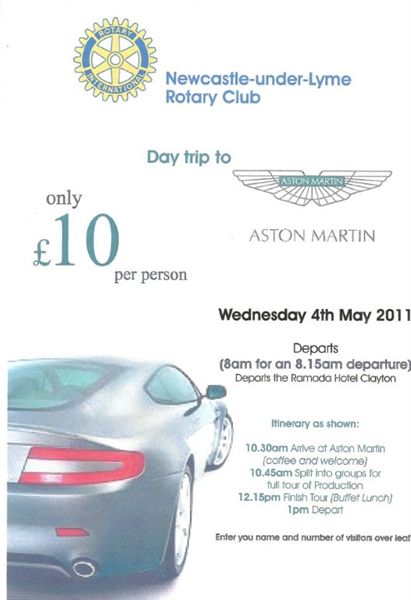 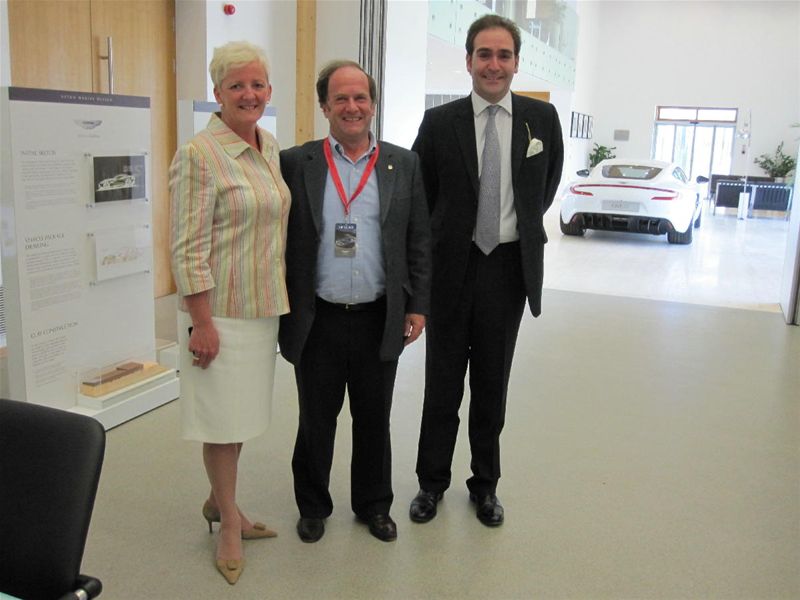 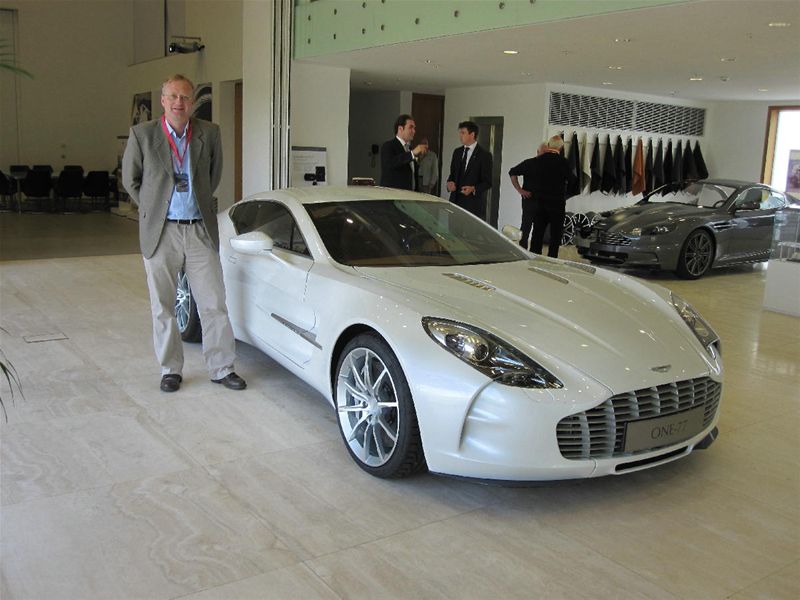 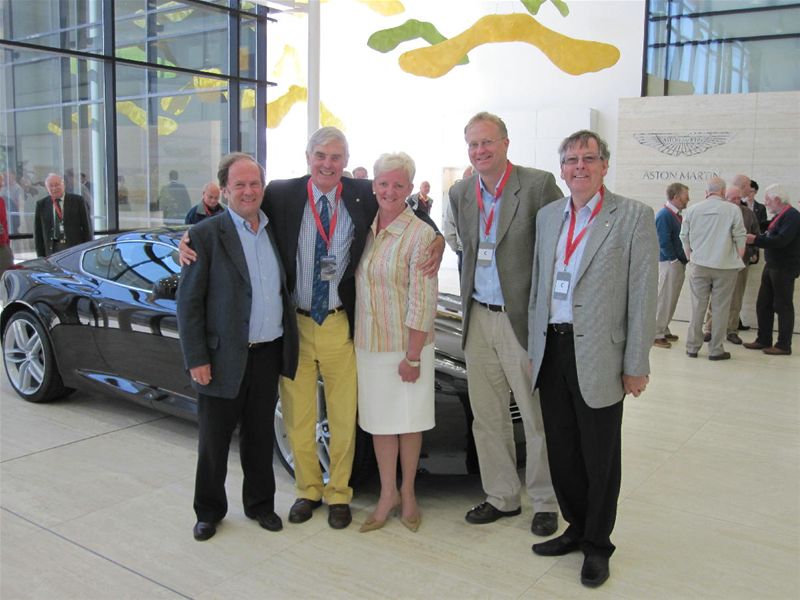 Wednesday, 4 May 2011, was the eagerly awaited date for our club's Vocational Tour of Aston Martin Lagonda Ltd.  Such was the anticipation, that 25 Rotarians, family and friends boarded the Proctor's coach at the Ramada Hotel 15 minutes earlier than planned and we were off down the M6 to Gaydon.  The embryo of the visit began at the 150th Anniversary Celebration of Ashley Methodist Church held on Sunday afternoon, 14 November last year when I was in conversation with Janette Green, daughter of Cyril and Marion Eardley of Ashley Heath, long-time friends of our church.  During lunch in Ashley Memorial Hall prior to the Service of Celebration of 150 years, Janette and I reminisced about her growing up in the Sunday School and Youth Group, prior to her making her way in the world.  This she had done from Newcastle Orme Girls School (as it then was) via Rists Wires and Cables in Newcastle, some time as an independent Public Relations Consultant, some years at Bentley Motors, Crewe, before being head hunted by Aston Martin Lagonda as Director- Brand Communications.  It was a case of local girl made good!

Not one for missing an opportunity I gingerly broached the subject of a Rotary visit to Aston Martin, to which Janette responded immediately to say she would be delighted to host us in the New Year.  So 4th May was fixed and we were on our way.  We had to be at the factory gate at 10.30am and as we had plenty of time we spent half an hour at the Warwick M40 Service Station as a 'pit stop'.

The Aston Martin works are located in lovely countryside and are spacious, modern, stylish and as clean as a whistle.  Our driver duly parked the coach and we all marched in to a cavernous showroom, passed gleaming Aston Martin cars to check in at the sumptuous reception desk, where for security purposes we had to fill in full identity details and where we were split into tours 'A' and 'B'.   Janette duly appeared looking every inch the successful and powerful business woman she now is, together with Mark Gauntlett, son of Victor Gauntlett who over 20 years ago owned the company.  It was Mark with whom we had corresponded for the detailed arrangements.  Our welcome by both Janette and Mark was warm and genuine.

We assembled in a refreshment area off the showroom where over coffee Mark gave us a presentation on the history of the famous marque from its early days, almost 100 years ago, to the latest models.  We were surrounded by stunning cars and we knew we were in for treat.  I should add that Aston Martin do very few visits on this scale each year.

I was in the tour 'A' led by Mark Gauntlett and his assistant led tour 'B'.  No photographs were allowed within the construction areas but each of us will have vivid memories of sparkling engines, suspensions, gear boxes, body frames, all miraculously coming together in beautiful symmetry to receive the exotic body shapes, as the DBS Coupe; the DBS Volante, the Rapide, the Virage, the DB9, the V12 and so on, were made.  We saw the care the leather workers took in making their contributions to the finished product and we were told that each car uses eight hides of best leather for the seats and interiors.  The attention to detail was startling as each minute part of the finished car was inspected and checked again for the slightest flaw.  It is then subjected to cascades of water to ensure there are no leaks.  Each car is custom built and has the purchaser's number on each component as the car is assembled and finished in a choice of any one of 35 colours.  It takes 200 man hours to make an Aston Martin. Some 1,500 workers are employed at the factory which produces around 4,500 cars a year.  Many of the workers have been with the company since they left school and we were all impressed with the work ethic and caring culture amongst the work force.

For the couple who have everything, there was the newly launched city car