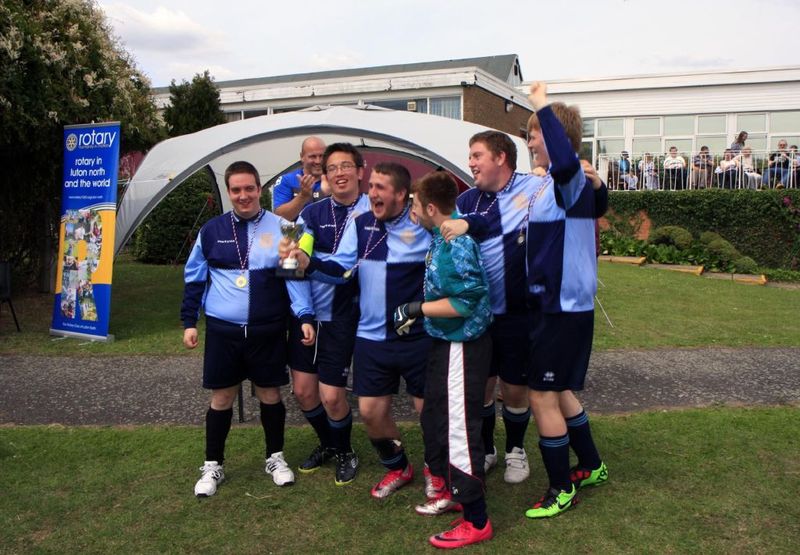 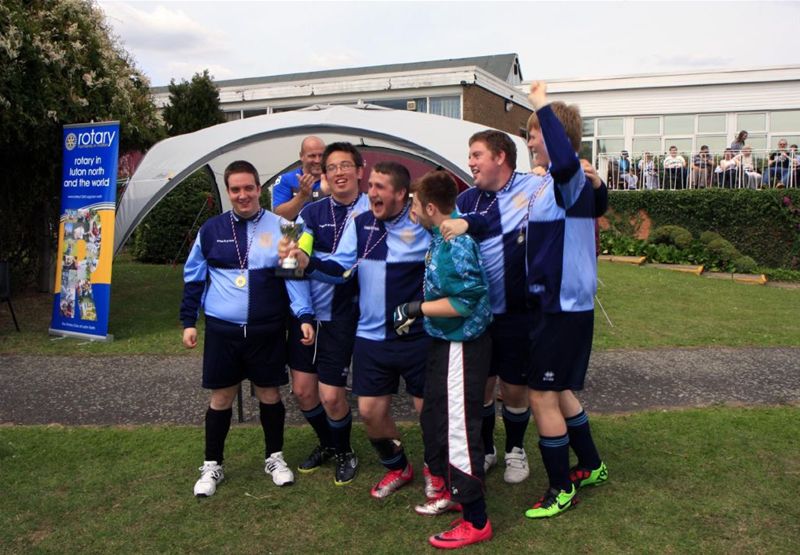 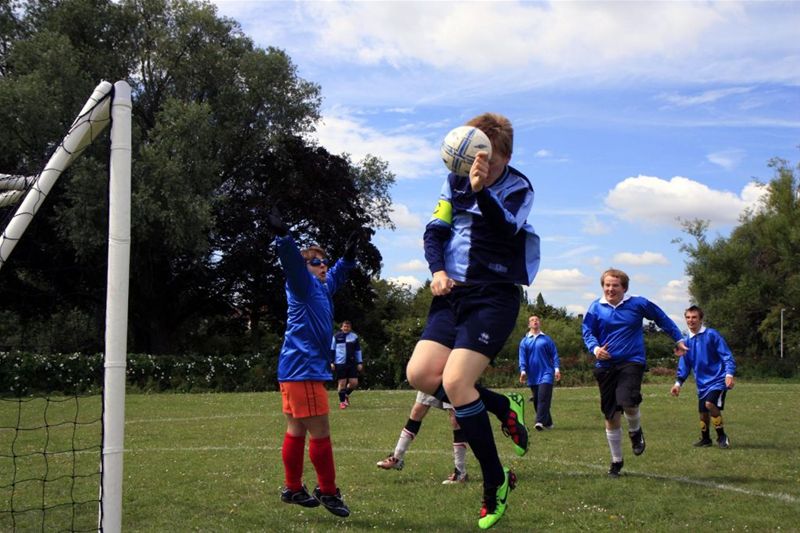 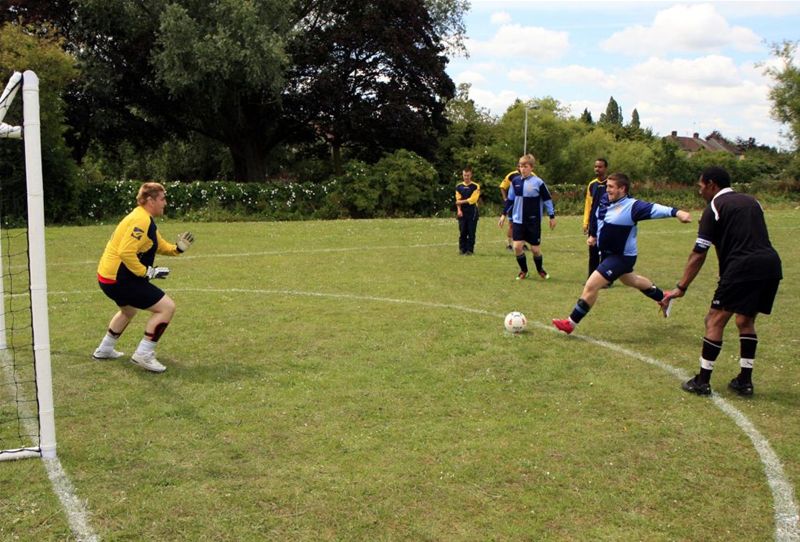 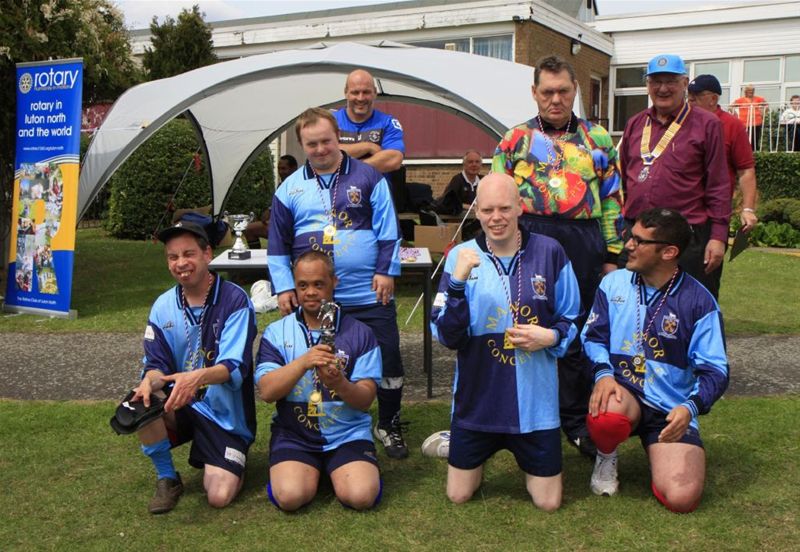 Luton North Rotary Club staged it's annual Humanitarian award winning learning impaired football competition at the Bramingham Centre on Thursday 14th July 2011. Nine teams entered the two-division competition.  Arlesey were the winners of Division one, they didn't concede one goal in the whole of the competition. Bedford was the winner of Division two. Gary Brabin, the Manager of Luton Town Football Club, presented the medals and cups. Luton North's President, Gerald Peacock in thanking  organisers and participants, said he had overheard someone saying "It's been even better this year". That's saying something when you consider we won the Rotary District Humanitarian Award for the best community project in Beds, Herts and Bucks last year. Topping that is very pleasing. Arlesey captain in a 'Hand of God' position heading towards goal. Shades of Maradonna 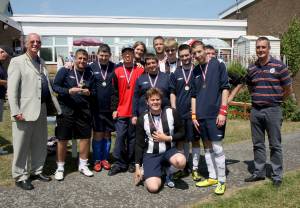