District Governor Niall Blair on his recent visit to Hungerford 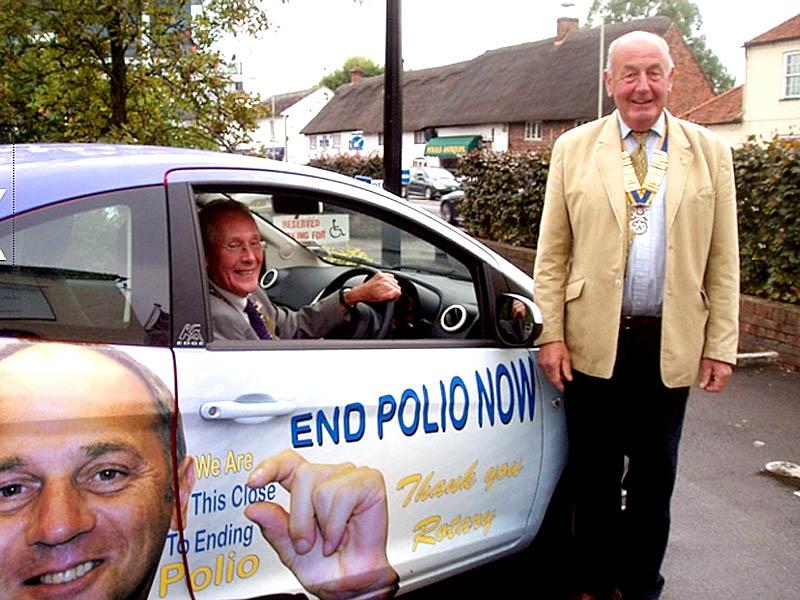 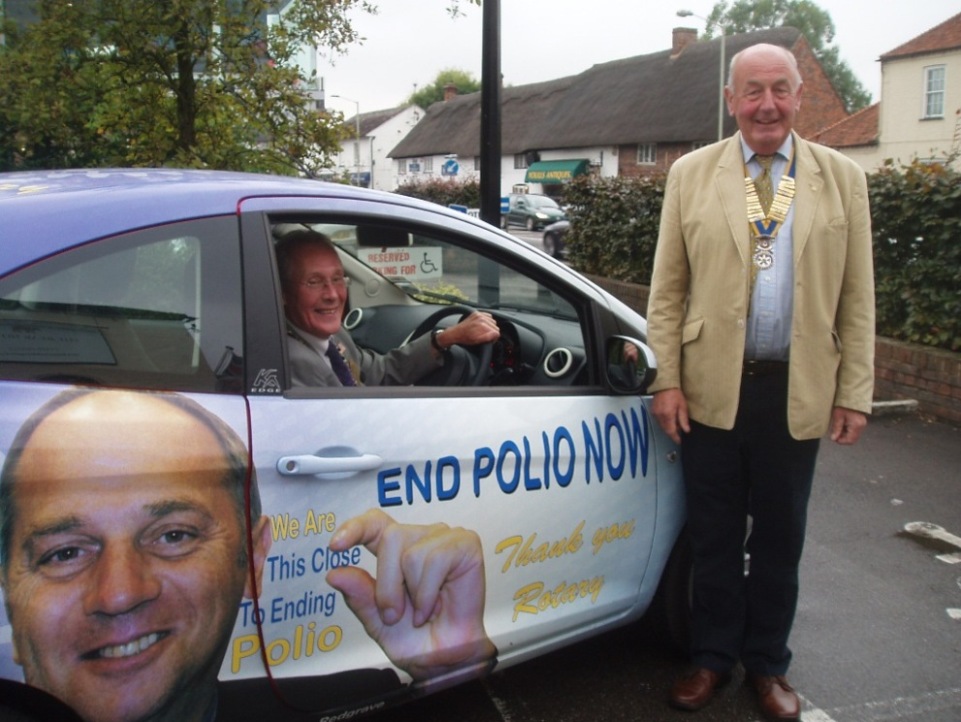 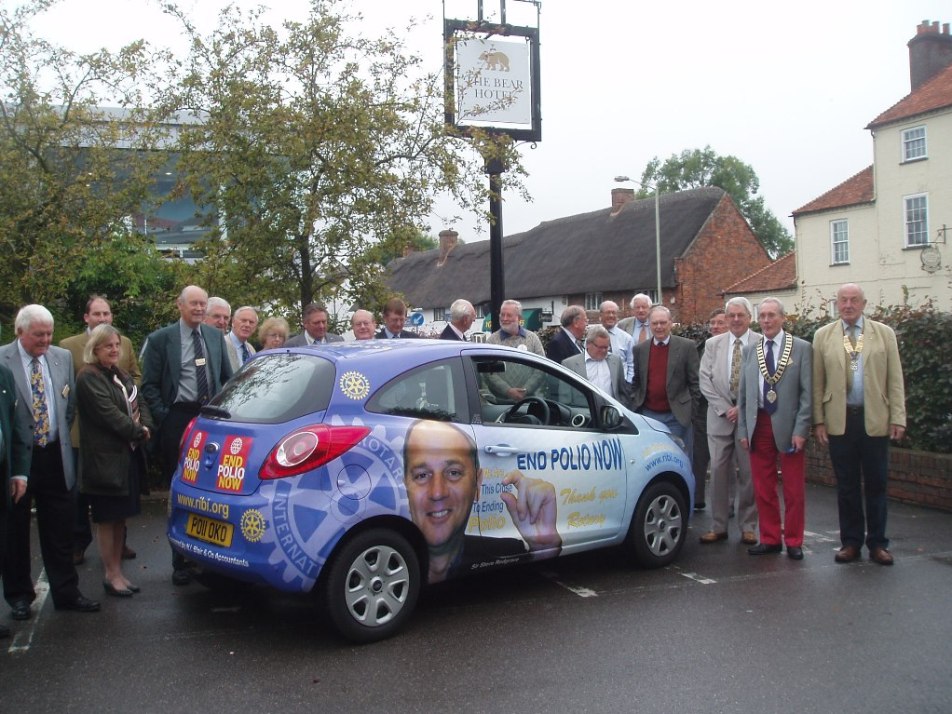 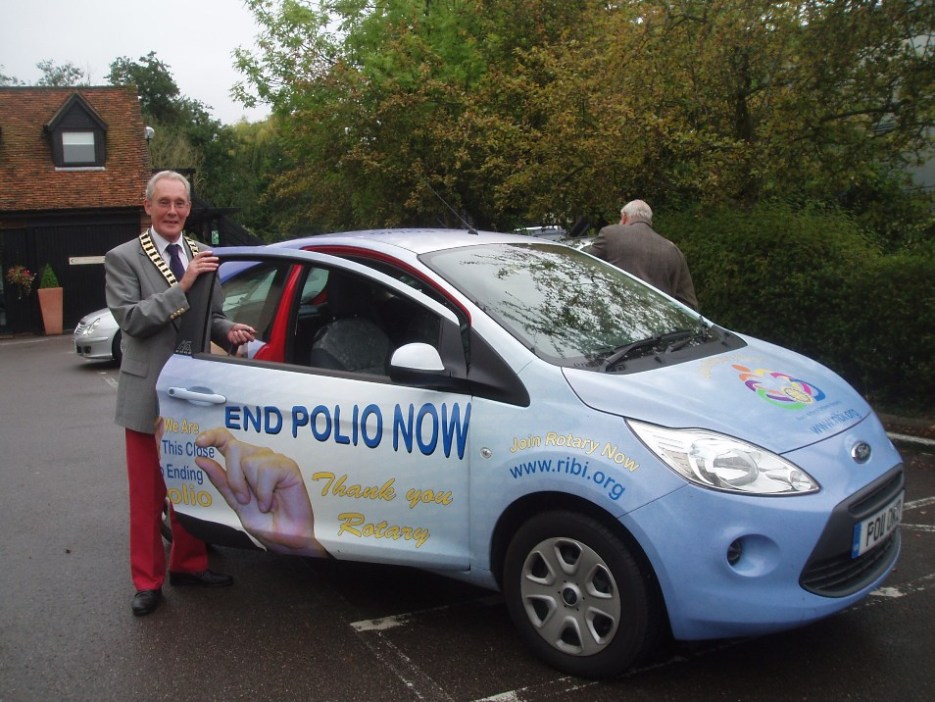 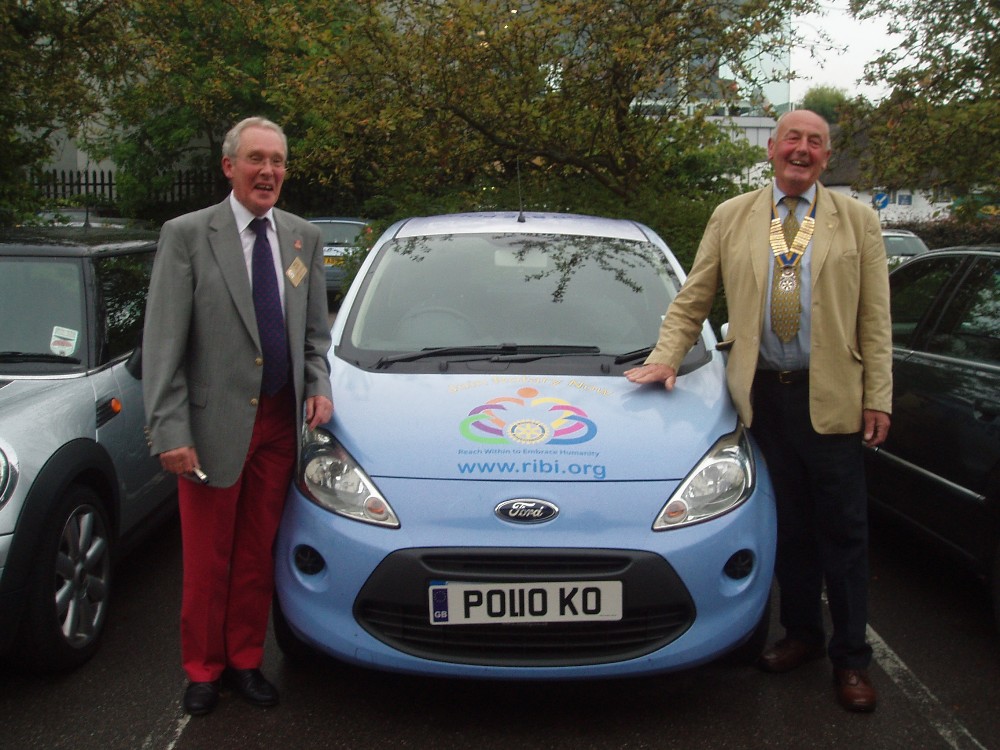 Our photograph shows the President and members of Hungerford Rotary Club with our District Governor Niall Blair on his recent visit in his very distinctive car. Hungerford was delighted to have this photo opportunity as they have always strongly supported the Polio Plus initiative.

Polio is a crippling and potentially fatal infectious disease which tends to strike children under 5 years old in countries in Asia, Africa and the Middle East. Polio can cause paralysis and sometimes death and because there is no known cure the best protection is prevention. Historically, polio has been the worlds greatest cause of disability.

In 1985 Rotary International initiated the Polio Plus programme to immunize all the worlds children against this dreadful disease. To date Rotary has contributed nearly $800 million and countless volunteer hours to the protection of more than 2 billion children in 122 countries. Rotary has been working in conjunction with the World Health Organisation who have made it their top priority. The Bill & Melinda Gates Foundation has donated $365 million to Rotary in support of a final drive to eradicate this scourge disease and Rotary has responded by setting a target of raising a further $200 million worldwide by June 2012.

In 1988 more than 350,000 children were paralysed by the disease each year. By 2008 reported cases had dropped by 99.8% to less than 2000 cases. Since then this has further reduced especially in India, Pakistan and Nigeria where the efforts are concentrated. Please support Hungerford Rotary as we work towards the final push to eliminate polio once and for all.