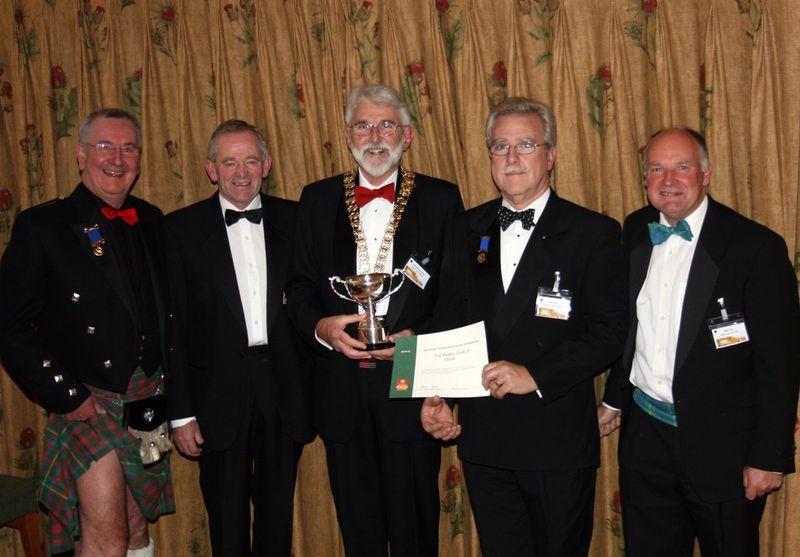 
The Duns contingent at October's District Conference in Aviemore got something of a shock at the opening session when President John was called forward to receive the John Kenny Cup for International Impact - and to be given it by the very man himself, Immediate Past President of Rotary International John Kenny.  John said "I was speechless, but very pleasantly surprised - and delighted that I didn't drop the cup!"

Our photo shows the Duns Members at the Conference enjoying the accolade but on their return home President John made a point of presenting the trophy to Marshall Wilson (International Chairman 2009-10) and Jeff Abbott (Rotary Foundation Chairman 2009-2011), the two members responsible for putting together the fundraising and the grant applications for Mary's Meals in Malawi and Mary's Meals in Liberia. Meeting report

The club gained support for Purple Pinkie Day on 23 February 2011 by contacting local schools and planting out the best part of 5000 purple crocus bulbs in a prominent landscaped area of Duns.  Read how this turned into a major fundraiser for the End Polio Now! Campaign by clicking Activities in Duns.  Purple Pinkie is a reference to the indelible dye into which children's pinkie fingers are dipped to show they have been successfully inoculated against polio.    Focus on the Crocus 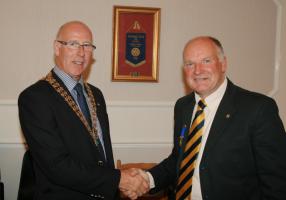 Archive for Eric Bridgewater's Year as President. See too Completed Programme for 2013-14 and The Club Team for 2013-14. 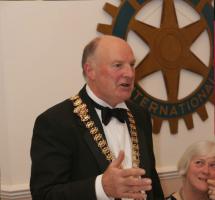 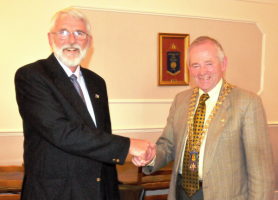 The reports, events and club information for 2009-10 are to be found in the buttons in the left margin of the page.