The walk was about 6.5 miles (just over 5 before lunch) - mostly on lanes and tracks through a mixture of pasture and arable land,open country and woodland - very wet in parts due to recent heavy rain.

8 walkers met at a somewhat boggy car park opposite South Stainley church, having come through some wintry conditions which, after coffee, mince pies and brandy (for some), thankfully eased off.

Once again we were lucky with the weather which changed to mainly sunny in a cold wind with only a couple of showers before lunch.

We strolled to Burton Leonard where a pleasant lunch was taken at the Royal Oak when we were joined by John Barrow and Jack Wilson.

The walk back to the cars was in bright sunshine marred only by the leader missing a stile with a consequent scramble over a fence. 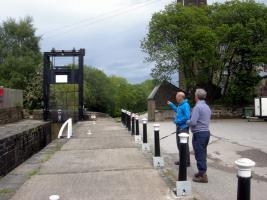 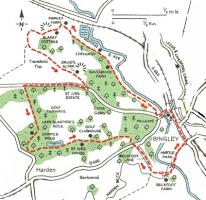 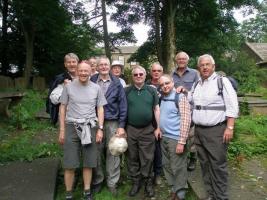