The objective of our committee is to organise a varied programme of events on a regular basis throughout the Rotary year. Fellowship is the glue that bonds us together, enhancing team development and generating the enthusiasm to help others through service.

Tuesday 29th July 2014. Although a fifth Tuesday we are to have a regular meeting day at lunchtime, but with no speaker, simply an opportunity, particularly for newer members, to get to know each other better. We have opted for a different less formal venue, perhaps in casual attire over a pub lunch. Subject to agreement and to meet our objectives we will consider an overrun of say 30 minutes.

Saturday 16th August. Late Saturday AFTERNOON stroll or Treasure Hunt at the village of Wath, followed by a BBQ hosted by David Williams at his home. [Date to confirm]{P.S}

Tuesday 16th December. Annual Christmas Dinner, to include invitation to Rotary Widows at a venue in or close to the centre of Ripon. Possible Venues and top class caterers are being considered and will be decided upon shortly.{R.W.}

The programme for the second half of the Rotary Year will be formulated later, but we will consider suggestions submitted by members of the club and may include, a visit similar to the one to Countdown the Theatre/ or Ripon Cathedral from the HEIGHTS/ Quiz night/ Concert / Weekend away say in the Lakes/Abroad Amsterdam/ Bruges

The entire committee will look to help in activities organised by other committees in the club, and the Yorkshire Day Dinner to be hosted by Presidents Rodney and Isobel, on Friday 1st August 2014.

Beat the "Winter Blues" and have a night out at the Cinema, well late afternoon at least. Richard Turner is organising a trip to The Curzon, Ripon at 16:00 on Wednesday 4th March to see The Second Best Exotic Marigold Hotel. This will be followed by supper at Harpers. Names by Thursday 12th Feb, please.

A Theatre Trip, facilitated by Rotarian Barry Kay P.H.F will take place on Friday 24th April when we support Ripon Amateuar Operatic Society in their production of Crazy for You, at Harrogate Theatre. That's for those with stamina, for the previous evening we celebrate St George's Day with a sumptuous dinner at The Ripon Spa Hotel. Taking the lead is Keith Pettitt, one of our new recruits this year.

Sunday 31st May takes us to Headingley for the third day of the New Zealand Test. We have been allocated seats in a special Rotary District 1040 section of the Ground at I guess "Forward Square leg" See David Baxter for details

Yet to be announced and dated is an afternoon at Wath Village hosted by David Williams. This will be a relaxing occasion including a possible "historical" village walk or Treasure Hunt, and light refreshments..Peter Smith and David Williams are to finalise a date Late May or Early June.

more Ripon Spa Hotel 7:00 for 7:30 A social evening with an Olympic Theme. Guest Speaker: Mark Dexter, Freelance Sports Writer from Burley In Wharfedale. Mark will speak of some of the sporting icons he has known, and memorable events attended. 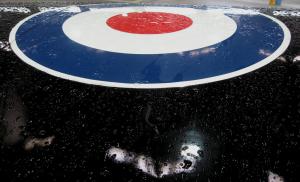 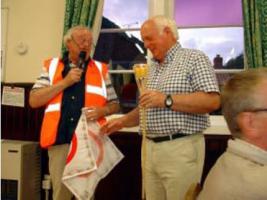 more The Club Christmas Dinner is tonight at The Black Sheep Brewery, Masham. Time: 7:00 for 7:30pm

more An evening of reflection, pride, nostalgia,and thanks for all those who served our country during the war of 1914 - 1918. 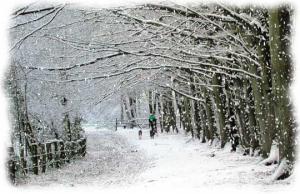 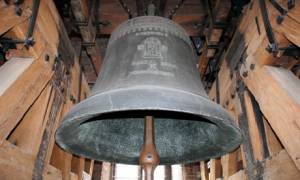 more A trip to Ripon Cathedral hosted by Geoffrey Johnson, including, ascending the Bell Tower. Not for those with acrophobia, unsure of foot, or having eaten far too much lunch earlier in the day. 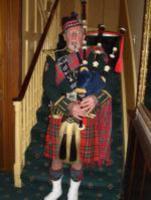 more Fellowship evening with the Ladies, starting at Hambleton Brewery

more The Rotary Clubs of Ripon and Ripon Rowels combined event at the Spa Hotel, Ripon

Evening meeting with our Ladies at the Crown Inn at Roecliffe

more No lunchtime meeting today. The Burns Supper is being held at the Spa Hotel, Ripon meeting at 7pm

more Today is the fifth Tuesday in November and we shall meet this evening at The Ripon Spa Hotel for Dinner with our partners. Following dinner, Barry Kay will provide a presentation on his trip to New Zealand.

more There will be no lunchtime meeting today. Club members will congregate at The Ripon Spa Hotel this evening for the annual Christmas Dinner with their partners. 7 for 7.30pm.

more This week's meeting will be an evening meeting held jointly with Ripon Rowels Club and Inner Wheel, at The Ripon Spa Hotel to celebrate the life of Robbie Burns. Dress is Highland/Black Tie. 7 for 7.30pm 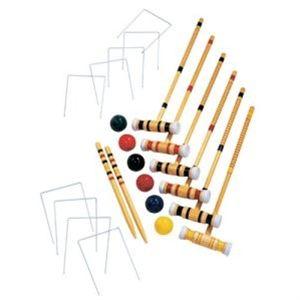 more Chris and Di Tunnard have kindly offered to host a wine and cheese evening at their home.

more Further Details In Due Course 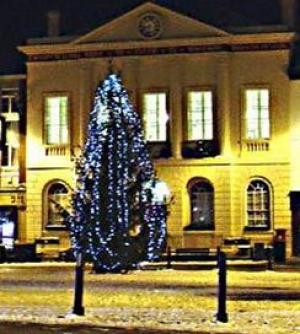 more A Fellowship event to be held at the home of David & Mai-Lis Hainsworth.

more A tick list is now available at club meetings. 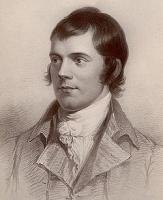 more Meeting at The Water Ran 12:30 for 13:00. Barbecue Lunch followed by a sweet course and coffee. CASUAL DRESS. Just an opportunity to mix in an informal relaxed manner, and for members new and established to get to know each other a little better.