As part of the international Rotary organisation the club provides help for people all over the world through a range of life changing projects.

Members of the Rotary club are involved in a range of international projects aimed at improving the lives of people around the world.

ShelterBox is an international disaster relief charity that delivers emergency shelter, warmth and dignity to people made homeless by disaster worldwide. It began as a Rotary Club Millennium Project and is now a Rotary Project Partner. The club has provided funding for a number of boxes over the years and recently three members have become involved as volunteers, speaking to schools, Scouts, Guides and other organisations.

The gift of a Shoebox containing toys, toiletries, educational items or household goods brings a little happiness to the people of Eastern Europe. The Club has promoted this Rotary scheme and schools, churches, people from the hospital and members have volunteered to fill boxes.

Tools for Self Reliance is a charity which collects old tools which are in need of refurbishment, thoroughly renovates them and then ships the good as new equipment to specific projects in Africa. The charity also provides training to enable the recipients to establish their own businesses.

Hosting of children from Chernobyl whose health has been damaged by the nuclear disaster and thereby giving them a break from their polluted environment.

End Polio Now is a Rotary initiative, backed by the Gates Foundation and the WHO, to rid the world of this scourge. After years of striving this objective is within sight with only a few pockets of infection remaining while most of the countries of the world are now polio free. It is essential that after so much has been achieved the disease is eradicated once and for all.

Rotary Foundation is the charity of Rotary International. It backs many local initiatives by matched funding as well as major international projects like the End Polio Now campaign. 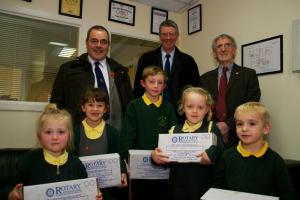 Local schools, churches and other organisations take part in the Rotary shoebox scheme.

Information on the Club's involvement 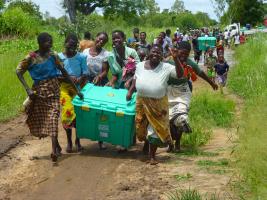 Tools for Self Reliance

Information on the Club's involvement 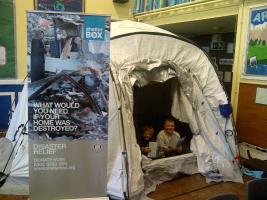 Presentations to schools and youth organisations