We work with all local schools developing opportunities and sponsorship for youth. Details below :

Dalbeattie Rotary Club has been very busy recently with a number of community based projects. The most recent being the organising and sponsoring the Young Chef Competition.

The two winners of our Club round, Alice Maxwell and Georgia Johnston, were among the ten Young Chefs, representing five of the Area’s Rotary Clubs, who  gathered at Kirkcudbright Academy to compete for two places in the District final in Livingston

All ten really impressed the two professional judges, Tom Kirkpatrick and Paul Wilkinson, with all ten showing a great array of very creative culinary skills. Tom confirmed that the standard this year was extremely high, the results were very close indeed and all chefs should be very proud of what they had produced in the ninety minutes they had to prepare a main course and a dessert, spending no more than £10 on ingredients.

The winner was Morag Stewart representing Thornhill Rotary Club, with our Alice Maxwell the runner up. We wish them well in the District final which takes place on February 4th 2017

Dalbeattie Rotary Club sponsored 4 successful candidates to attend a Business Awareness Programme held in Stirling over the weekend of 3rd 5th October. Each applicant was required to submit an application which reflected the nature of the event. The individuality and standard of the applications was very impressive. The Rotary interviewing panel consisted of two Rotarians, Ian Lumsden, Brian Atwell and a local business women  Mrs. Caroline Robertson. The candidates all performed very well during the interview process making it very difficult to select the successful candidates who were, James Howie, Lindsay Gatherer, Eileidh Brown and David Brown. The high standard of preparation continued during the Challenge Enterprise event and they achieved success in many of the business tasks and simulations. The course also included guest business speakers.

In conclusion, all the  participants in The Young Chef and Challenge Enterprise did Dalbeattie proud and should be congratulated for their courage to take on these challenges.

RYLA - to be advised

Young Carers - to be advised 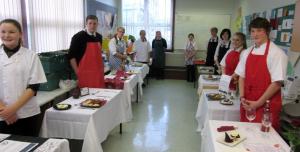 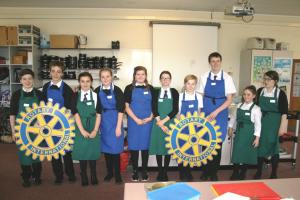 the competition was held at Dalbeattie High School 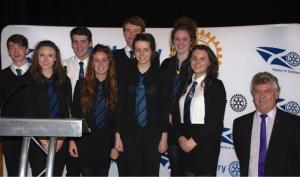 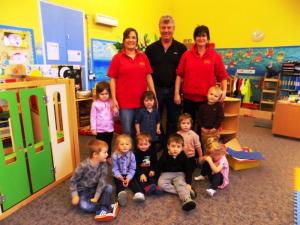 THIS ROTARY YEAR THE CLUB DONATED Â£300 TOWARDS VITAL EQUIPMENT 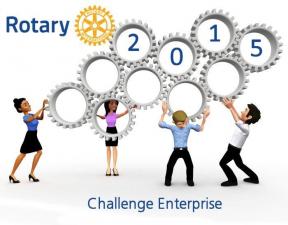 To be held at Carrondale House Larbert weekend 16th October 2015. Dalbeattie Rotary Club has agreed to sponsor delegates from Dalbeattie High School. Delegates will be chosen after interview. 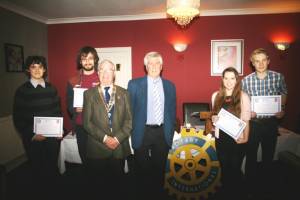 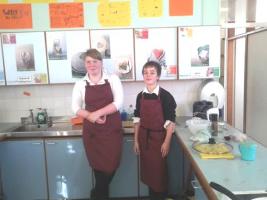 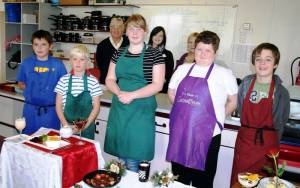 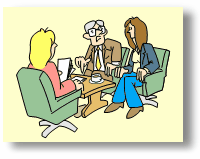 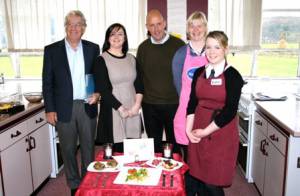