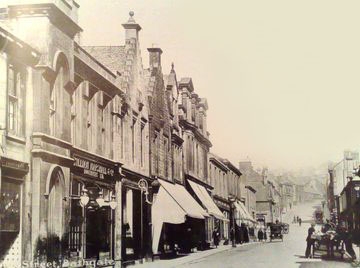 An industrial town in, Bathgate is situated north of the M8 motorway, 18 miles (29 km) southwest of Edinburgh; known for its importance in oil-refining in the mid-19th Century. The Barony of Bathgate, including the now-ruined castle southeast of the town was given by Robert the Bruce to his daughter Marjorie on the occasion of her marriage in 1315; some of the ruins can be found on the local golf course while the main site is occupied by the former British Leyland truck and tractor plant.

The town was established as a burgh of barony in 1661 and, at one time, had seven annual fairs. During the 17th Century a number of Huguenots from France settled here bringing their weaving skills with them. Jarvey Street is named after one of these families (Jarves). The renowned scientist, Dr James Young 1811-83), developed the world's first oil refinery here, extracting paraffin from the shale fields to the east of Bathgate. The resulting economic boom subsided in the early 1870s with the import of cheap crude oil from the USA. By the mid-19th century, Bathgate had developed into a settlement comprising an old town, on the slopes of the Bathgate Hills, and a new town to the south, designed on a regular plan with villas for the well-to-do.

Sir James Young Simpson, the inventor of chloroform as an anaesthetic, was born in Bathgate (1811), as was John Newlands who bought land and slaves in Jamaica and founded the old Bathgate Academy. The Academy was part of West Lothian College of Further Education and has now been converted into residential accomodation. John Newlands Day is still celebrated in Bathgate on the first Saturday in June and there is a Highland Games in May.

Most mining and steel production has ended with only one opencast mine remaining. However, the railway station re-opened in 1986 as the terminus of a line from Edinburgh.  In 2010, the former Bathgate and Coatbridge Railway was re-instated, providing a connection to Glasgow on a line which had closed to passengers in 1956 and was lifted in 1982.

The story of Bathgate is told in the Bathgate Heritage Museum (or Bennie Museum) which is situated in the oldest row of cottages in the town. 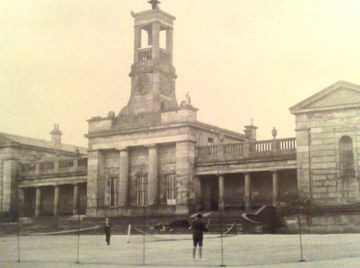