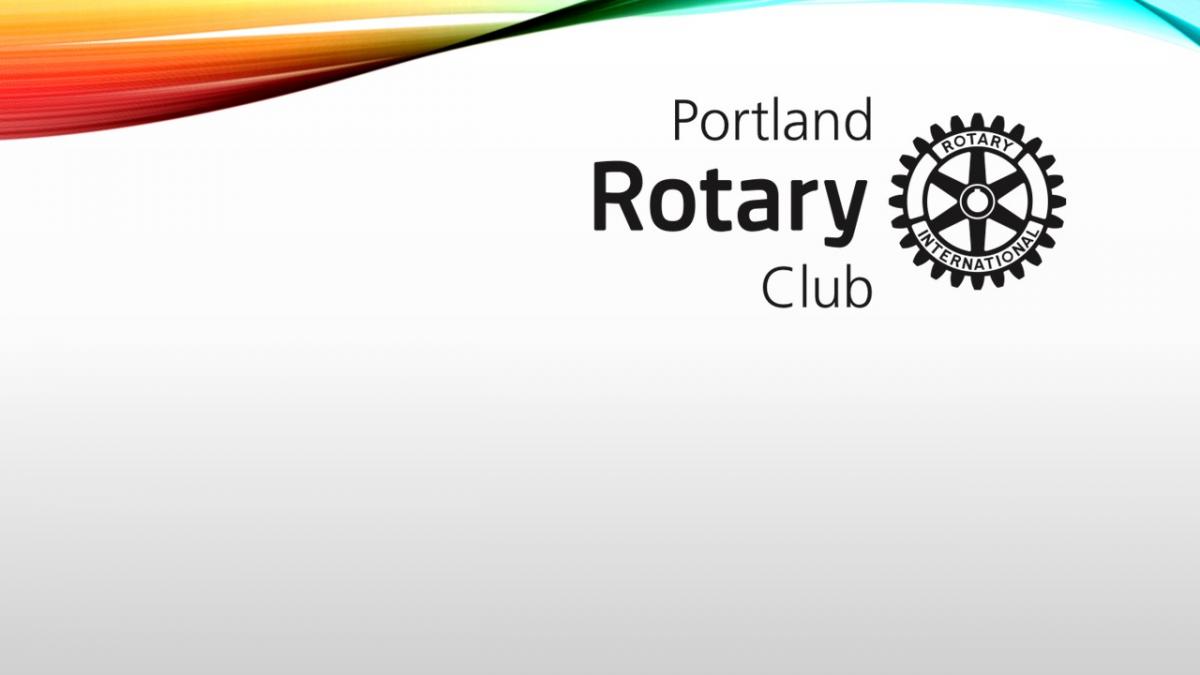 The Rotary club of the Island and Royal Manor of Portland was conceived by Bunny Smith the District Extension Officer in 1975/76. Harry Tompkins, a Weymouth Rotarian and member of a well-known Portland family agreed to make the first approaches.This was done over lunch at the Pennsylvania Castle Hotel where he asked Harry Comben if he would like to be a Rotarian. The response by Harry was "What the devil's a Rotarian". After giving Harry a brief outline of Rotary a meeting was arranged at Harry Tompkins home with Bunny Smith present.Bunny proceeded to explain the objects, structure and procedures of Rotary and a further meeting was arranged. This was attended by Bunny Smith, Fred Hanna, John Stone, Ron Piggott and Fred Langford.It was agreed that a wider meeting should be arranged at the Pennsylvania Castle Hotel to try to form a Rotary Club on Portland. To this end forty invitations and literature were sent to potential members.The meeting was well attended and Rotary was again explained, then, after a question and answer session, a proposal was put to form an interim club.

Service Committee chairmen were also appointed and members assigned to the various committees.

The first task was to raise money for the running of the club and to adopt a banner. It was agreed that the stone banner, although expensive, should be used and this has proved popular ever since. The club gained strength and the inaugural meeting was held on the 29th June 1976. The club, to be known as The Rotary Club of the Island and Royal Manor of Portland, was formally accepted into Rotary International on 16th September and received its Charter on 10th November 1976. Since then it has gone from strength to strength and become one of the most popular and dynamic clubs in the District.

Our membership has been high ever since and we have been represented at R.I.B.I. in the form of the President and have had two members representing us at District level one of whom was the second District Governor from this club. Two of our members have led G.S.E. teams, one to the U.S.A. and the other to Germany. We have been awarded the R.I. President's Citation in K.B-J's year as D.G. and won the R.I. president’s award for the Life Education programme against drug abuse. 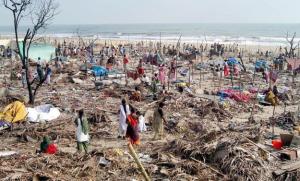 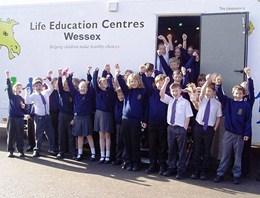 more Events and Projects the Club has been involved in. 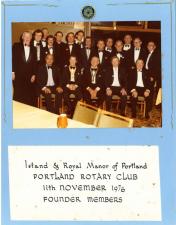 more Here are some old photos of our Past Presidents 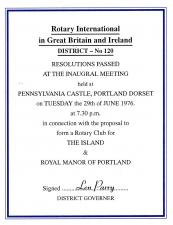