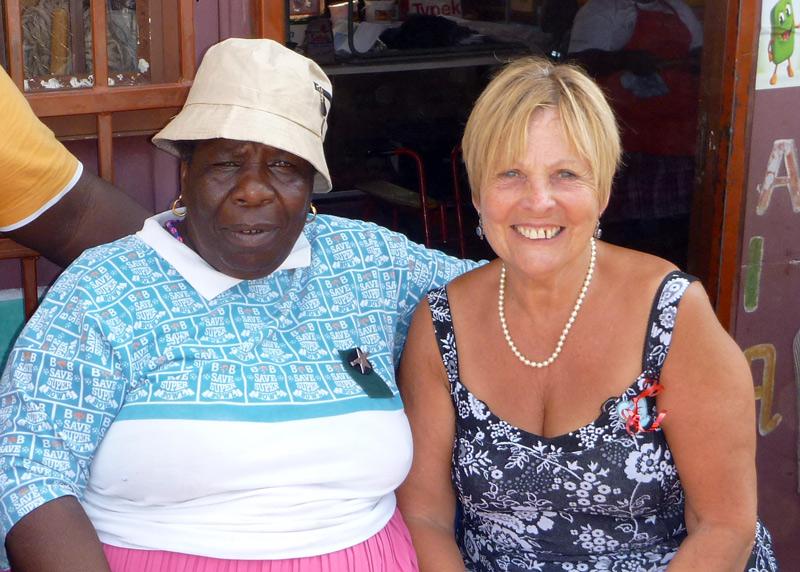 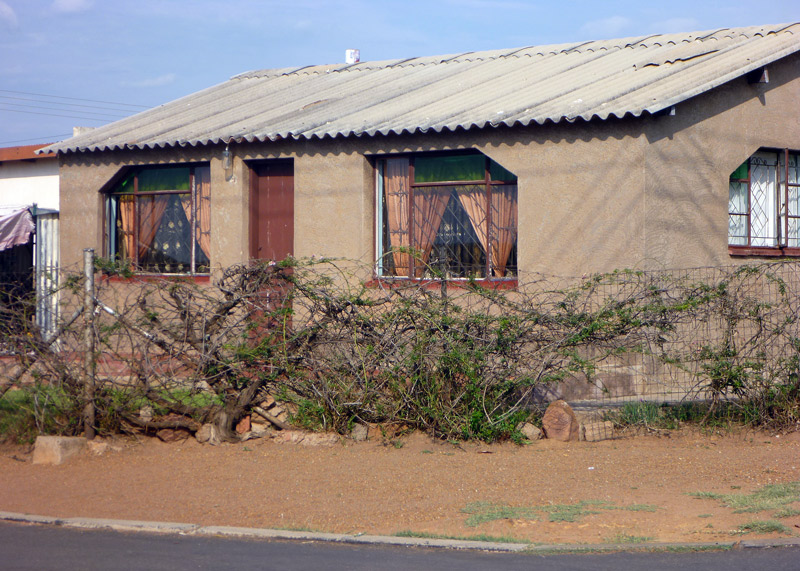 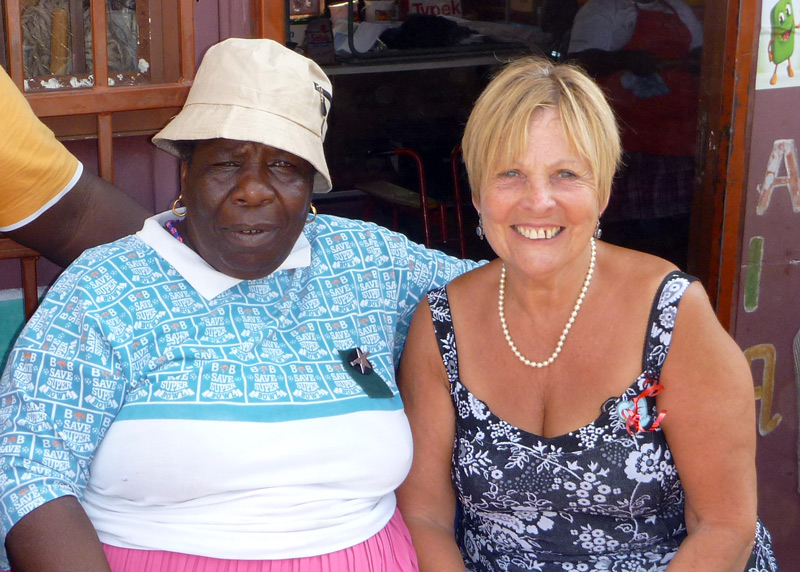 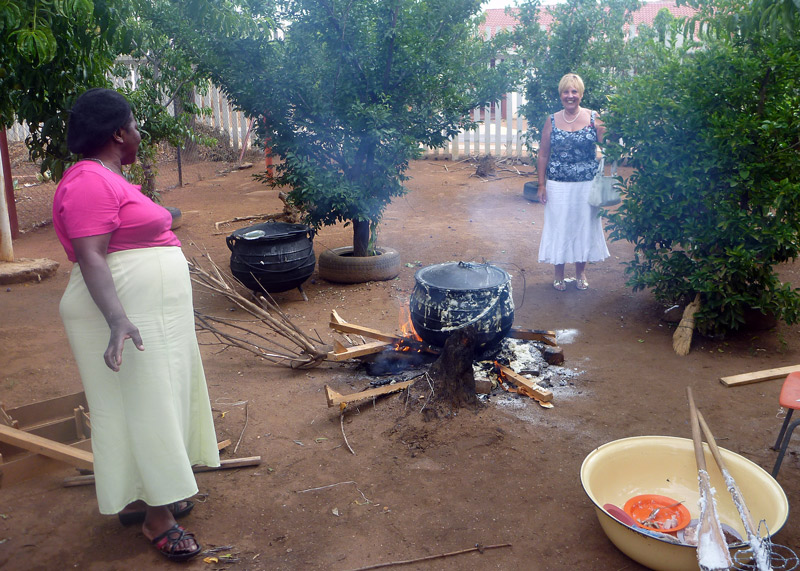 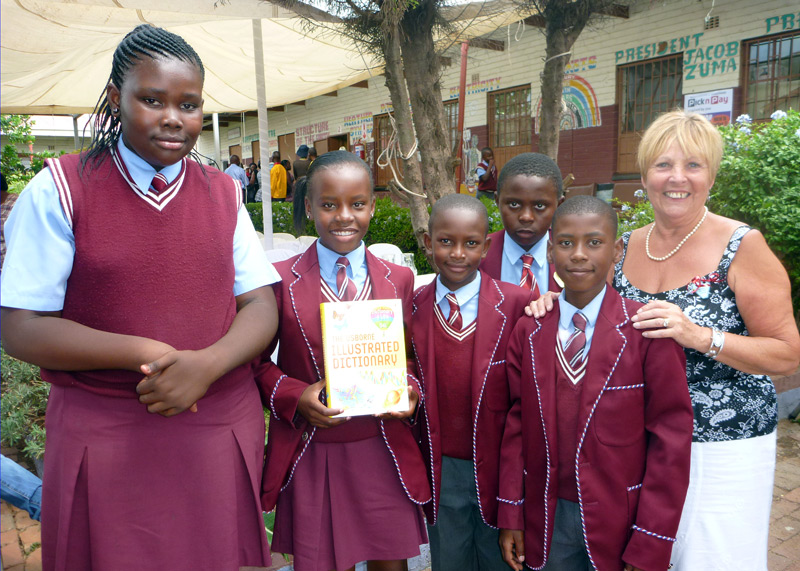 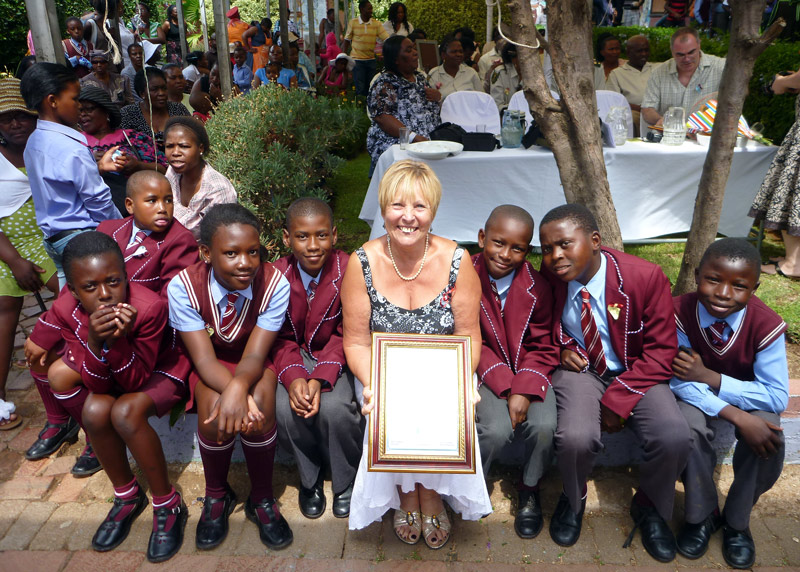 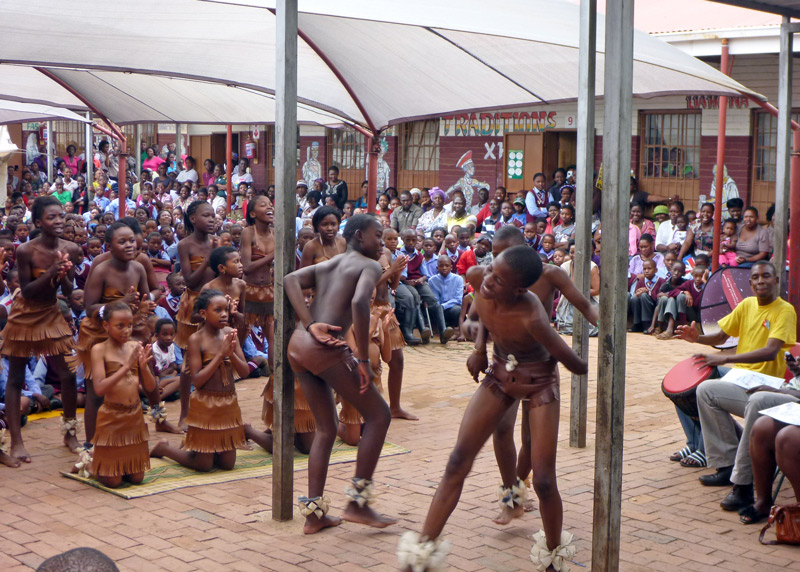 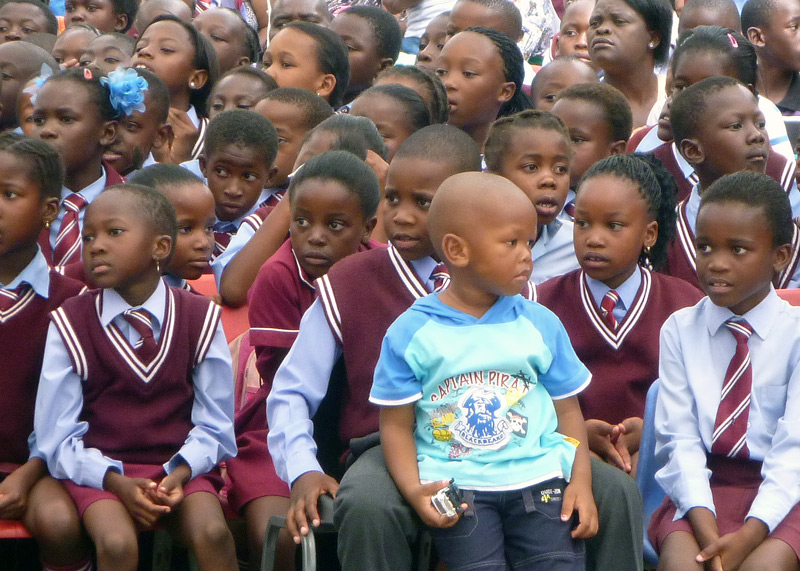 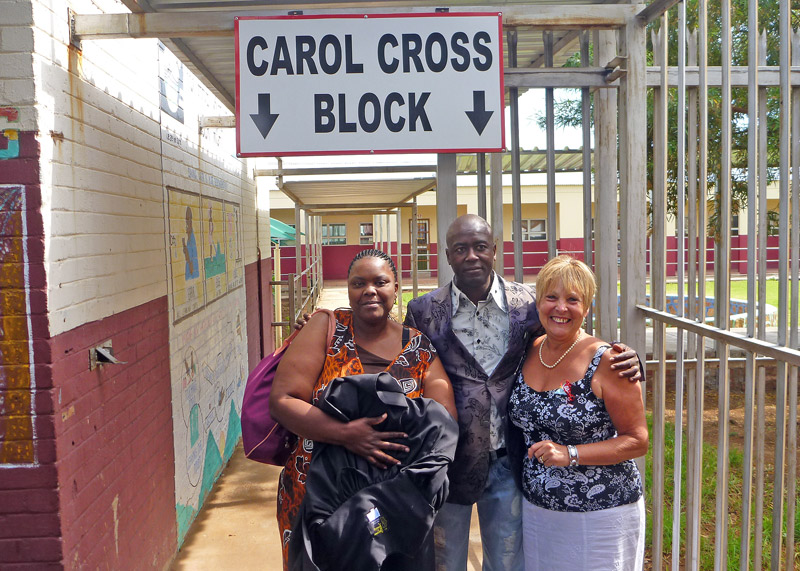 The YouTube music and photo presentation can be found here

Carol's involvement with the school are detailed in her own words:

I became involved with Khensani primary School in the township of Soshanguve, South Africa, almost twelve years ago through an ex pupil of mine who went to work there voluntarily as part of her degree project. At that time there were approx 150 pupils compared to the 1,103 there are today. Fannie Sebolela had just taken over as Head and had inherited a run down school with very few doors (stolen for fires), badly behaved pupils who didn't wear uniforms and few qualified staff. A British Council grant paid for him and I to visit each others schools and from that time he has been committed to improving standards and as a result has twice been awarded black Head Teacher of the year awards. A few years ago I was also invited by the SA government to give a seminar about the advantages of twinning arrangements for schools and how to make them sustainable.

Pupils now all wear school uniform and black leather shoes, much of which is donated by big companies in SA. Prefects wear blazers which are kept at school for the next years pupils.They all look immaculate and are so proud to be part of this fantastic school. At lunch time they eat food produced by parents in the school grounds. When I first visited many ate nothing all day. There were no toilets or running water, now there is.

Also when I first visited, some of the classrooms were tin sheds without windows. Now, due to help from various community groups and companies there is a new block of 5 classrooms names "The Carol Cross Block". The Rotary Club of Stockport Lamplighter has supported the school for many years and has helped the new block by paying for display boards, cupboard doors and books.Their classroms are now beginning to mirror those of English schools. In November I took ten "Dictionaries for Life " from our club for which the school was very grateful, especially as they are beginning a new govt project where all main teaching is done in English. Previously pupils were taught in about eleven different tribal languages and by teaching everything in English the staff (most of them!) hope that pupils will be better able to benefit in the jobs market.


Being a part of Khensani and Township life has certainly enriched my own understanding of how people in different cultures live. Never in a thousand years did I think I would attend traditional weddings, stay in a house with no  water and eat pap (millie maize) with my hands. It has been a steep learning curve and I have been lucky to have Lamplighters alongside me most of the way.