Dr Leslie Dawson was awarded a Paul Harris Fellowship, in recognition of the work he has done over the years as a local GP, church member and U3A member. 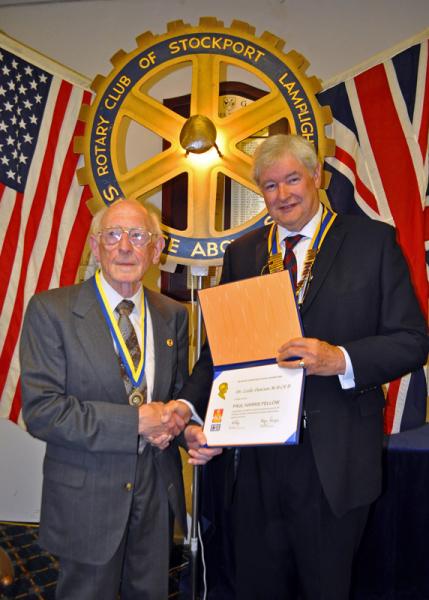 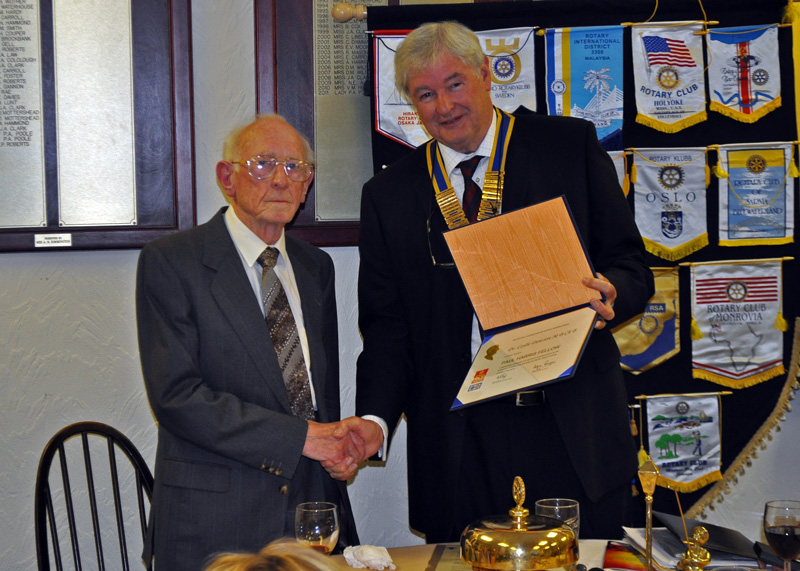 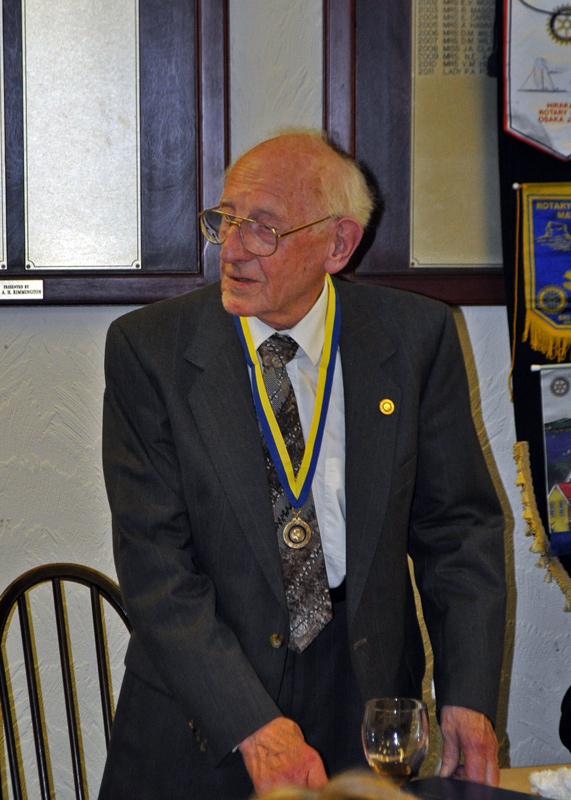 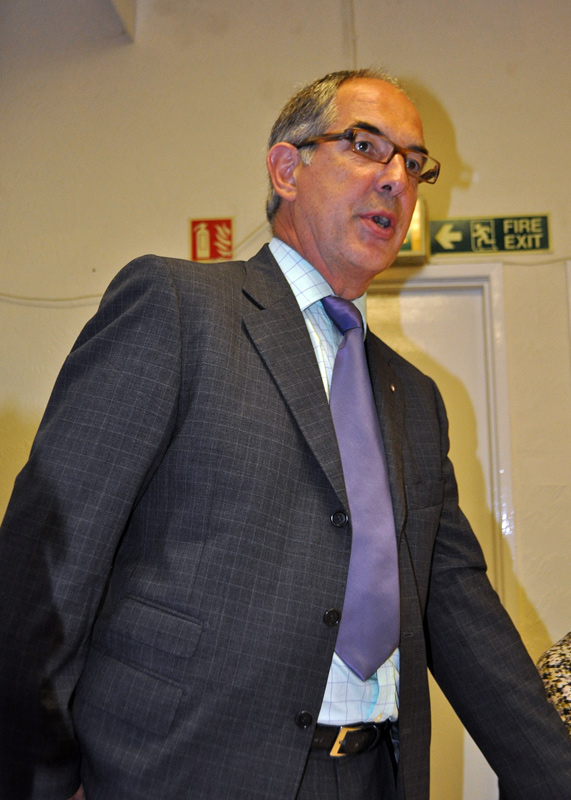 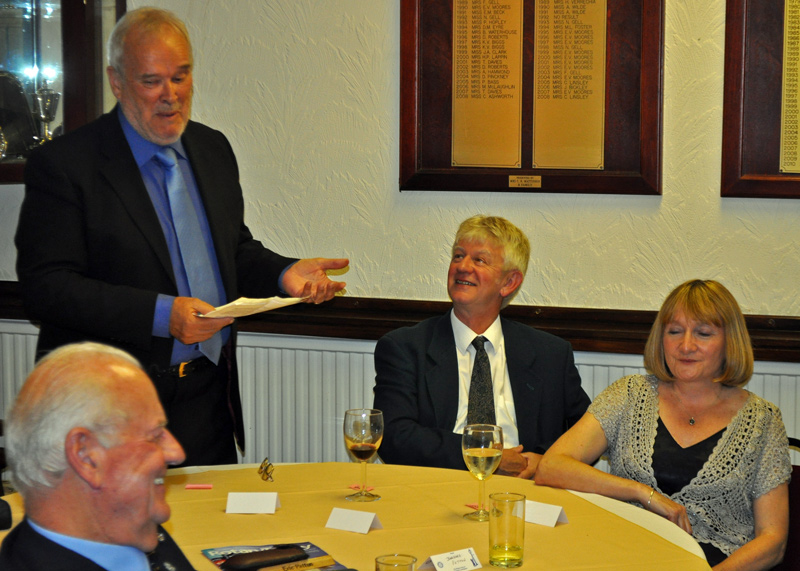 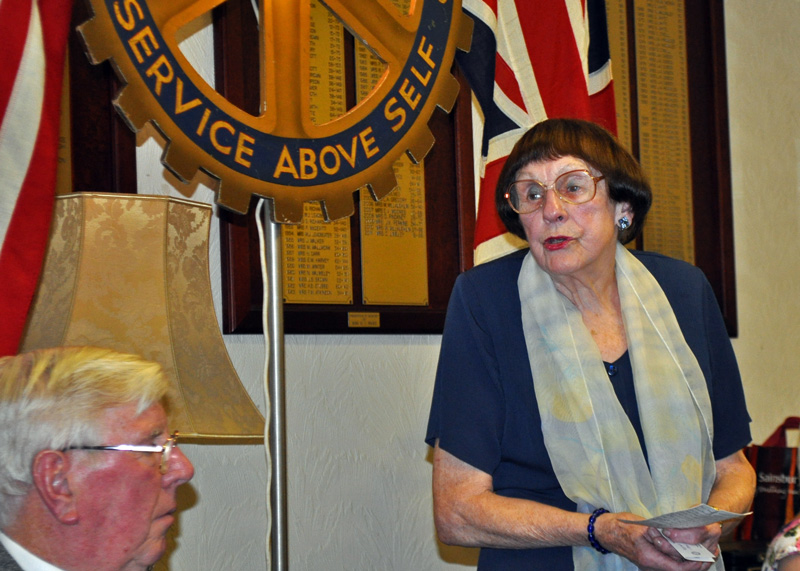 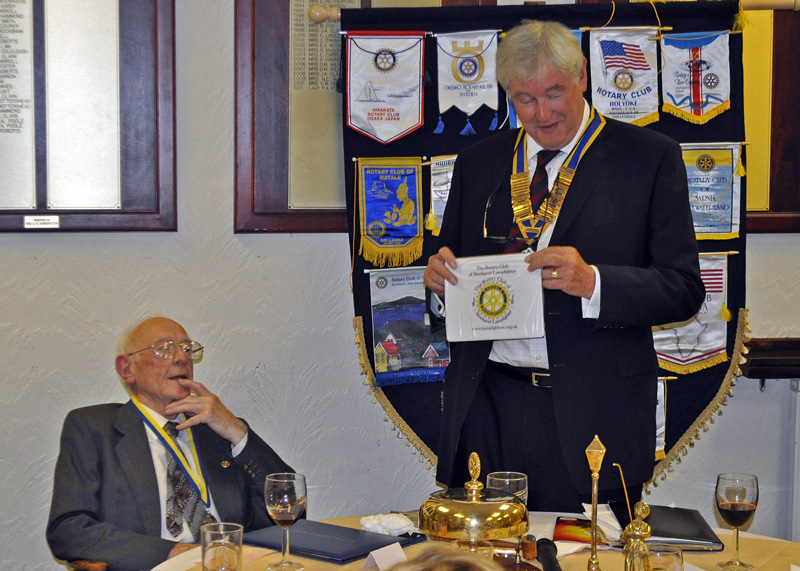 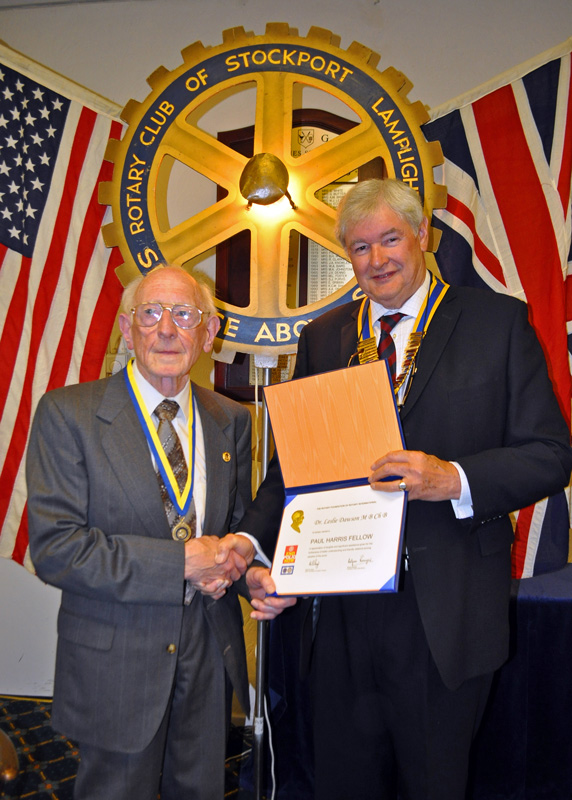 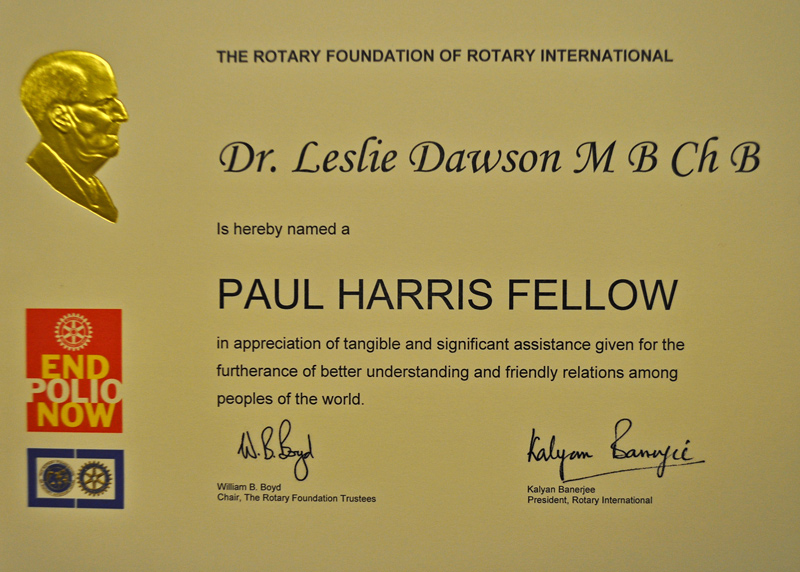 The Club was delighted to award a Paul Harris Fellowship to Dr Leslie Dawson this evening. Leslie was a local GP for many years before retiring. His lifetime of care for his patients, of service within the Church, and in recent years his involvement with U3A have made him a very worthy recipient of this award.

Eric Patton eloquently introduced Leslie to the Club members, explaining about the Paul Harris Fellowship award, and why Leslie was proposed for this. Andrew Shepherd, his one time colleague at Heaton Moor Medical Centre, told the meeting about Leslie's work as a GP. Jim Lowe is treasurer at Heaton Moor United Church, and talked about Leslie's role in Pastoral Care for the community. Finally Jean Davies represented the Art Appreciation Group of the U3A Heatons and Reddish branch, which Leslie has run for the last twelve years.

Leslie did not know the presentation was to made to him, and although somewhat surprised, was very pleased to accept the award. Leslie was accompanied by his wife Margaret, and daughter Sue and her partner Malcolm.