Local schools, churches and other organisations take part in the Rotary shoebox scheme. 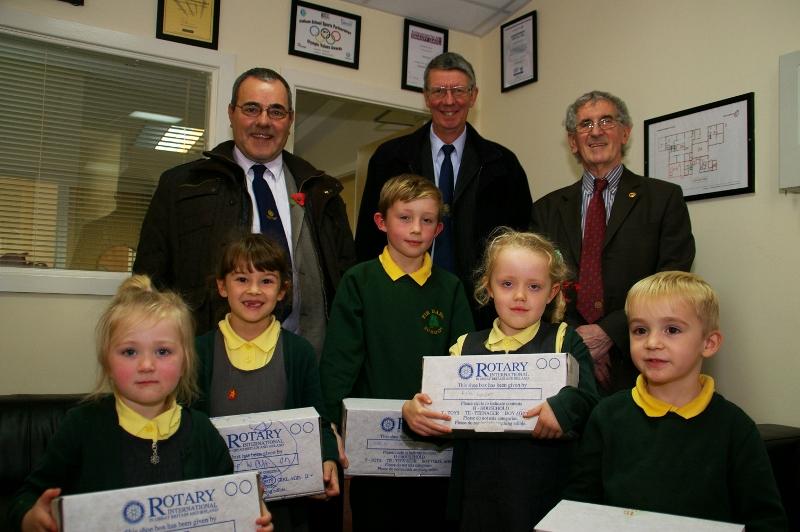 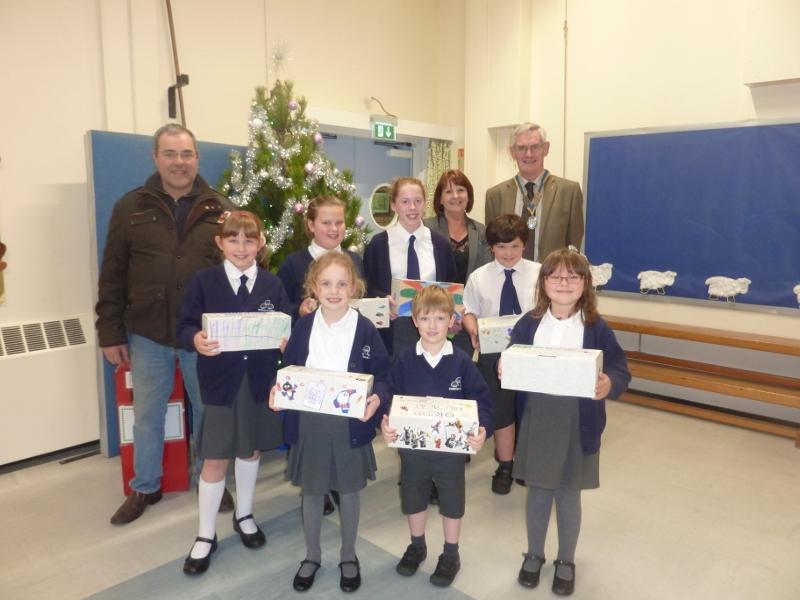 The Rotary Shoebox Scheme was started in 1994 by a number of North West Rotary Clubs who hit on the idea of providing Christmas gifts to children in Lasi, North-East Romania. Since that time it has become a national project, run by Rotarians, but supported by many individuals, schools, companies, churches, Inner Wheel and Rotaract Clubs. Shoebox is delighted to welcome anyone who would like to get involved.

Some 60,000 shoeboxes are now distributed annually to Romania, Belarus, Ukraine, Bulgaria, Albania, Croatia and Kosovo, and not only for Christmas, but whenever the need arises. We operate all year round, the boxes are distributed through known contacts (Rotarians), and we can guarantee every box goes to a deserving child or family.

Each year Crompton and Royton Rotary Club enlists help with providing boxes from schools, churches, and groups within our catchment, through the personal connections that our members have within the community. Each box can provide items either for children of a given age or useful household items. We are very grateful this year for the support of St James's Church East Crompton and St. Saviour's, Firbank Junior School, and St James's Primary School Thornham.

To show how much of an impact our Shoeboxes make here is a true story that has just come to light.

A Rotarian from Wigan, who has been filling shoeboxes for many years, had gone to his nearby pub for Sunday Lunch with his wife, a couple came in and after a chat with the Landlord came across to them. In a foreign accent the woman asked if he was called Roger, surprised he replied he was. She said they came from Romania and as children they lived in an orphanage. One year she received a Rotary Shoebox that had a name and address in it. It gave her such a lift she decided one day she would find a way to say thank you to him. It was the first present she had received in her life. Both were Romanians and now live and work in London, she is a Systems Analyst. They had been to the Lakes for a holiday and on the way back decided to call and see if Roger still lived at the same home in Wigan. He was of course in the pub but his neighbours directed them there and she found him.

What a remarkable story, an act of kindness years ago led to a child being encouraged. We never know when a simple act may touch someone's life. To all those who helped, not only this year but in past years THANK YOU?