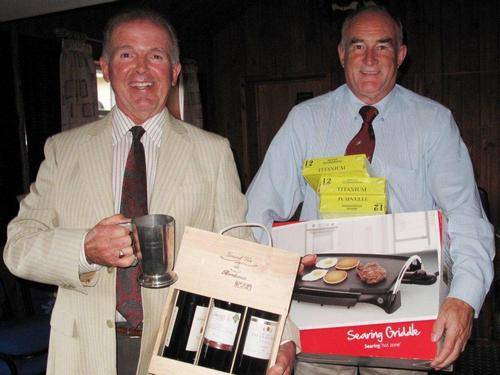 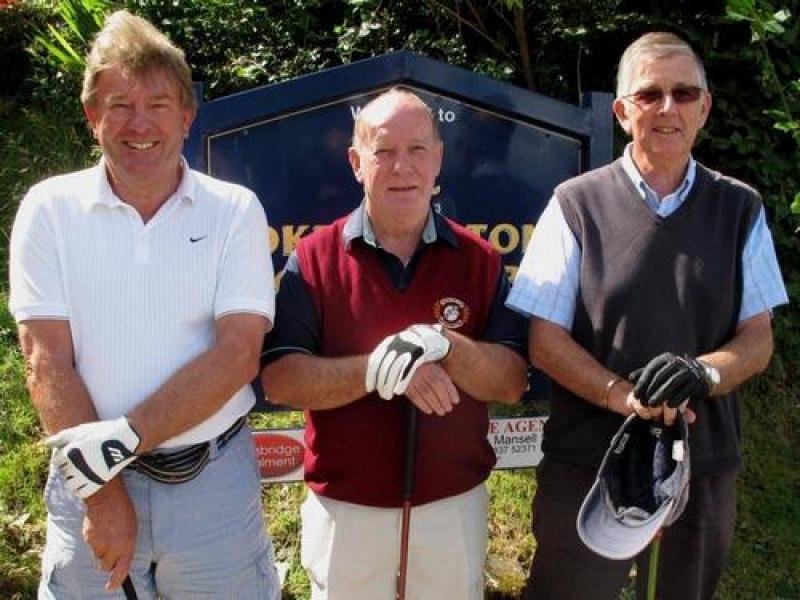 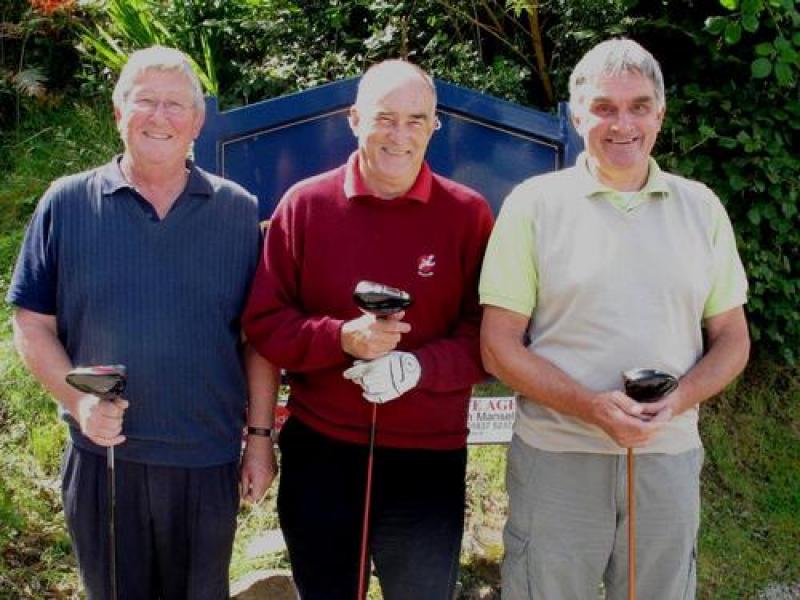 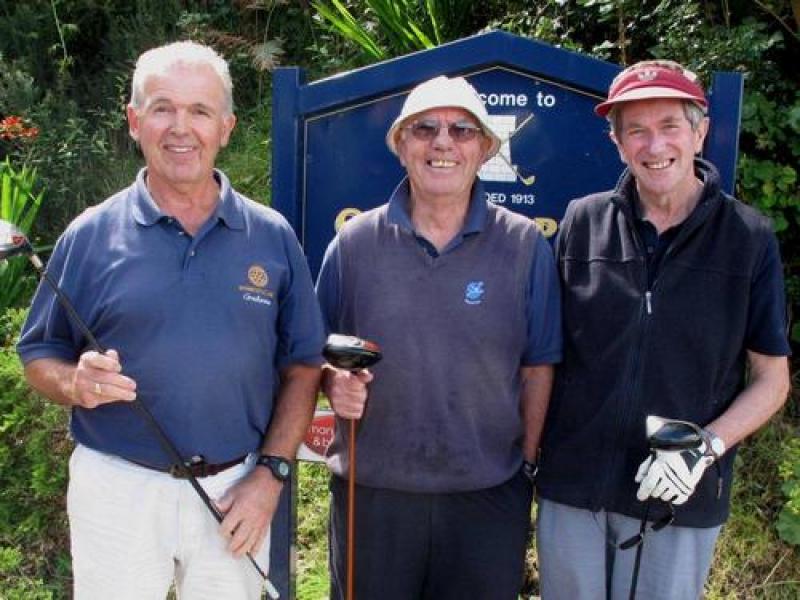 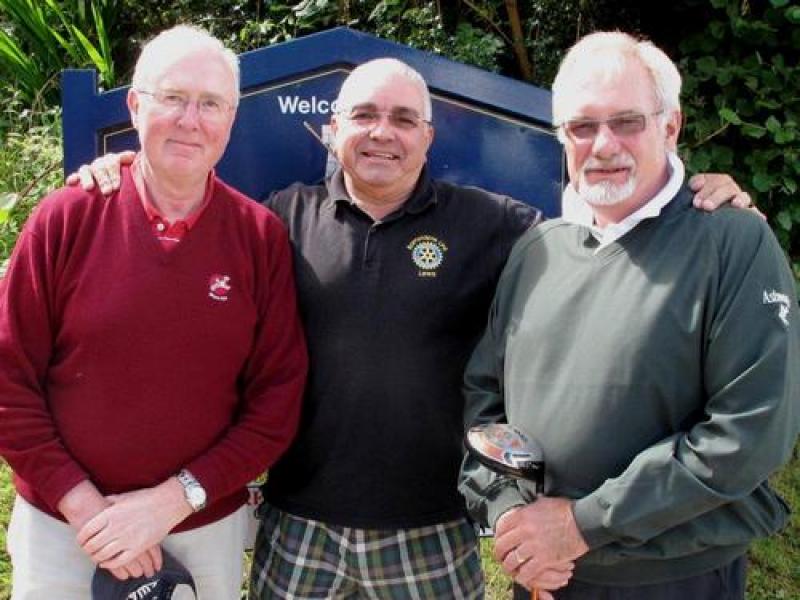 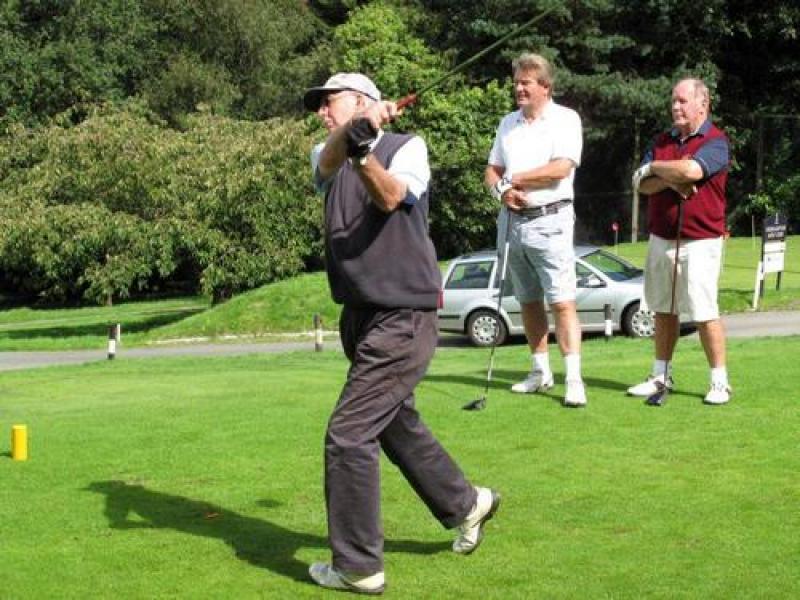 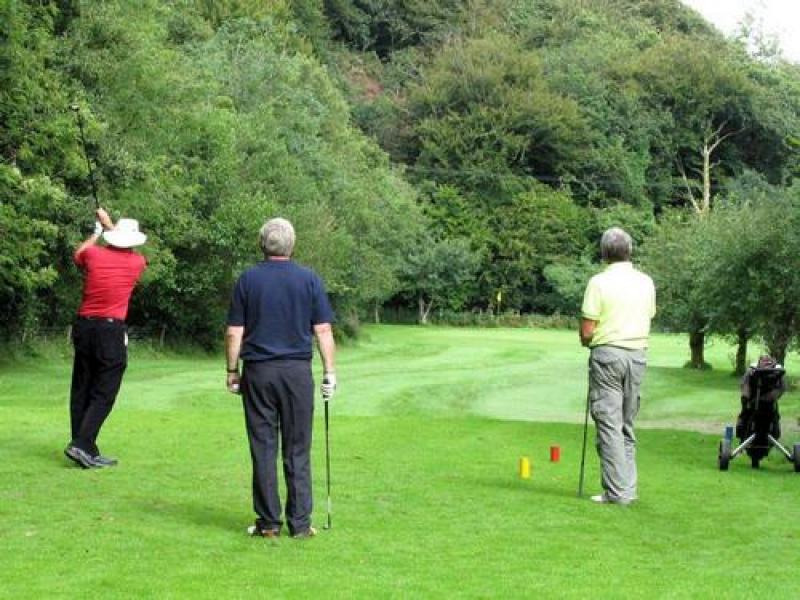 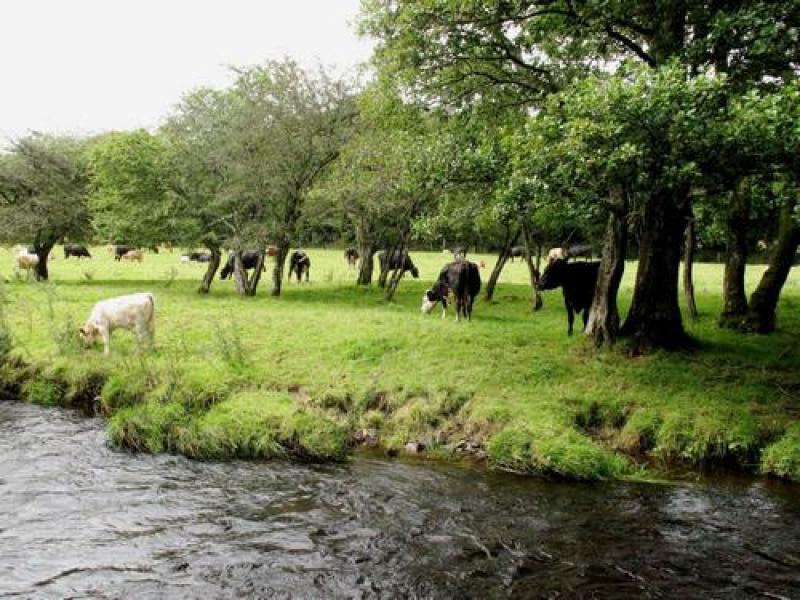 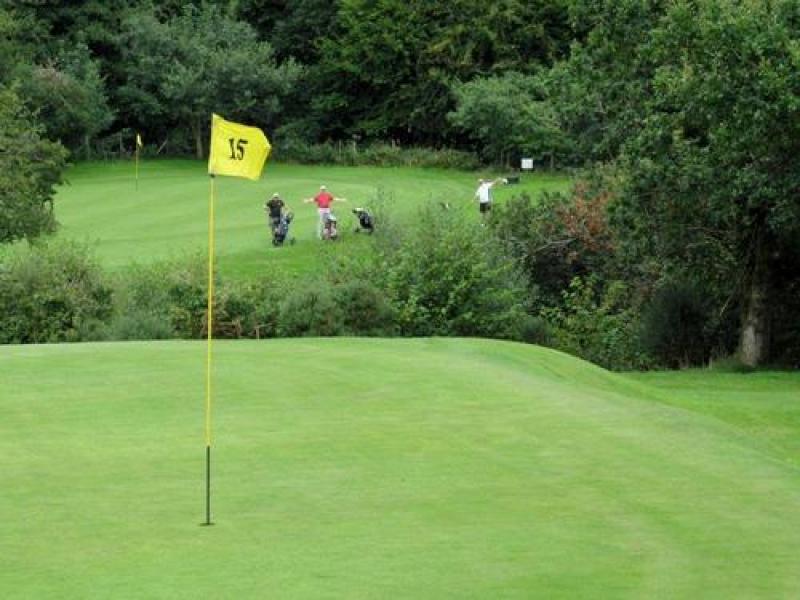 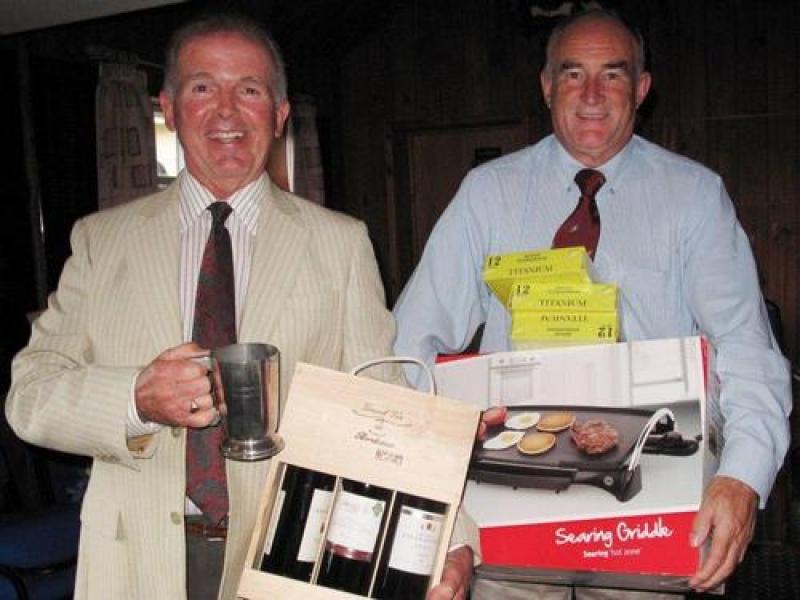 The annual Rotary District Golf Day at Okehampton always attracts a large field of Rotary golfers from clubs all over Devon. It's a good day's competitive golf on a tricky little course that tests the short game. Thousands of trees, huge slopes, plenty of blind shots - no wonder so many balls get lost (Graham Taylor put one over the stream at the bottom of the course but decided against looking for it when he saw the field was full of cows!).

A dozen Barnstaple Link golfers took part and we managed to win the overall team prize once again with the highest total of any 3 golfers from any Rotary Club (Richard 35pts, Grahame 35pts and Phil 32pts). Phil's a newcomer to the winner's enclosure so it was nice to see him amongst the prizes even though he left before the prize-giving (off to a Rotary shop committee meeting!). Prizes also went to Steve and Clive who each managed to get a