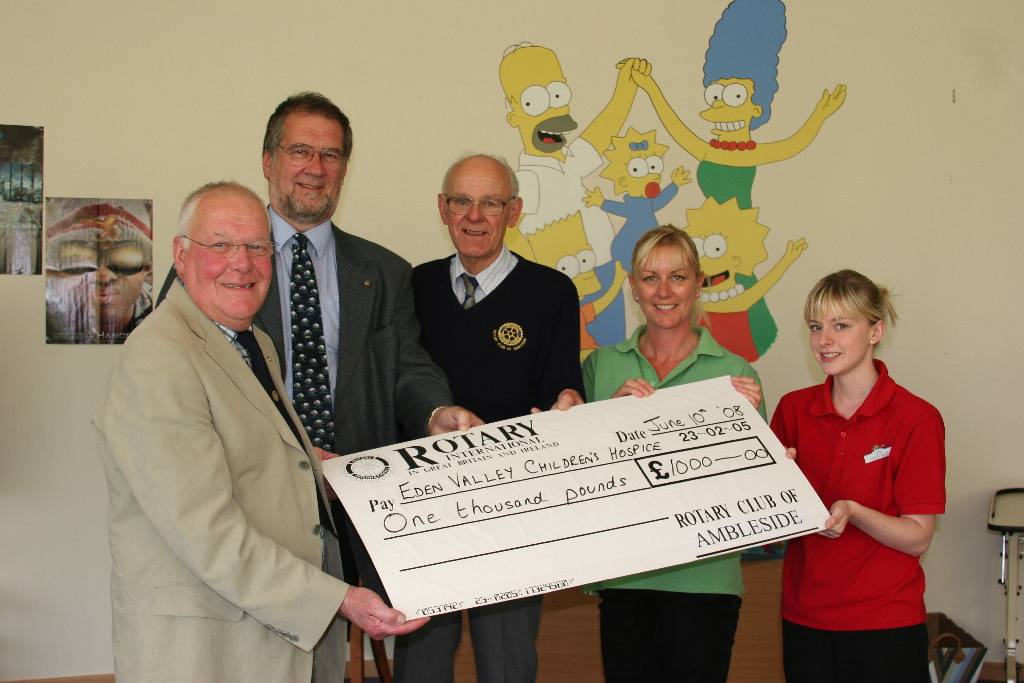 On June 10, 2008 three Rotarians (Stuart Ross, Brian Hewitt and Richard Attenborough) drove to Carlisle and met Katrina Sander of the Eden House Hospice for Children and presented a cheque for £1000 to help the hospice to contine its superb work with children with incurable and/or life threatening illnesses.

After presenting the cheque, we were shown around the hospice by Katrina and met several staff. We also had the opportunity to see the rooms which the patients have during their stays. The whole atmosphere at Eden House (formerly Eden Valley) Hospice was one of calm and friendliness. We saw the special hoists to transfer the children to their own bathroom, a sensory room and a dedicated IT room where they can keep in touch with friends by email.