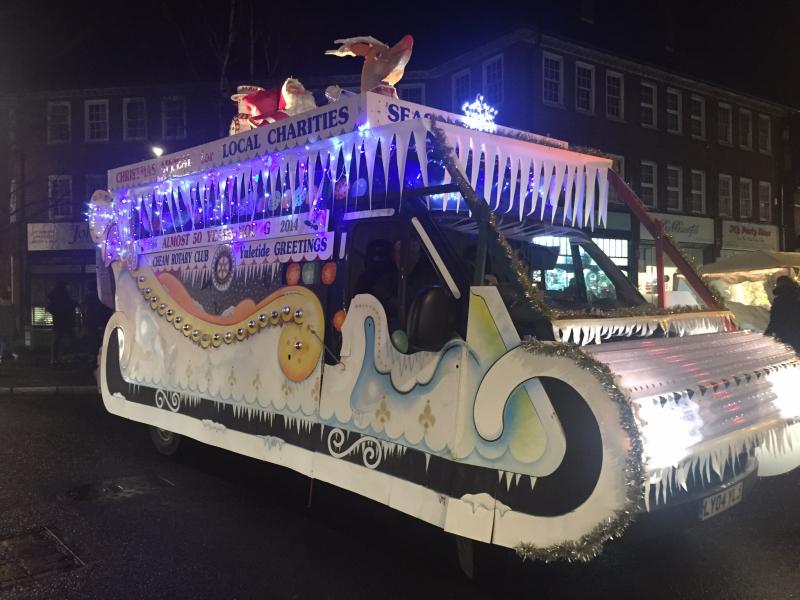 Please see.Santa's Sleigh  and Santa's twitter for updates and routes plus Cheam&SuttonRotary

The Santa Sleigh of the Cheam and Sutton Rotary Club begins its annual Christmas fundraising tour on the first of December and is out every night up to and including Christmas Eve visiting many of the streets in Cheam, Sutton and Worcester Park.

The float consists of a long wheelbase transit van disguised as Santa's sleigh, complete with an artificial Santa and his reindeer on top, whilst the real Father Christmas walks alongside bringing seasonal greetings and cheers to everyone.

The Sleigh is built lovingly by the members of the Club each year in November and then taken down again after Christmas. There are members who have been involved with the Santa Sleigh since its beginnings 54 years ago. Cheam and Sutton Rotary would also like to thank Gerry Booth and Mike Young, who were part of the original team who built the first Sleigh. They have volunteered in building the Sleigh every year for half a century, from the day it started. 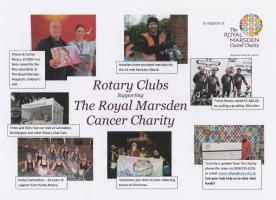 Thanks from The Royal Marsden

more The Royal Marsden thanks Rotary in Sutton