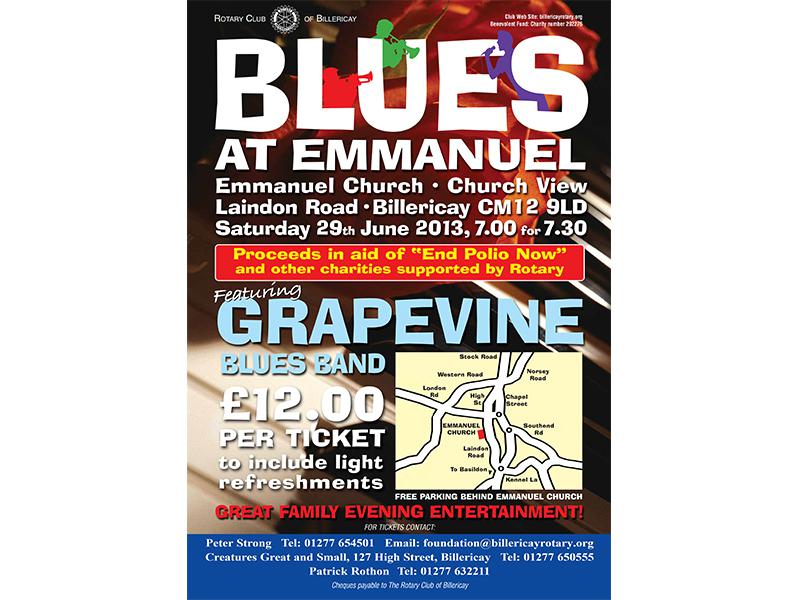 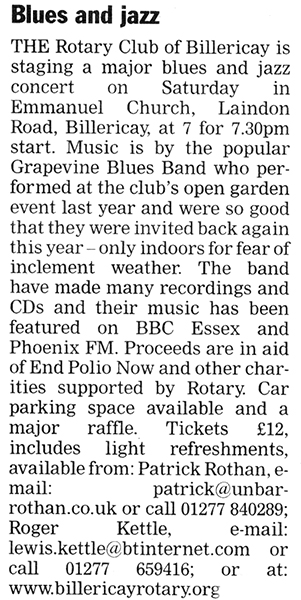 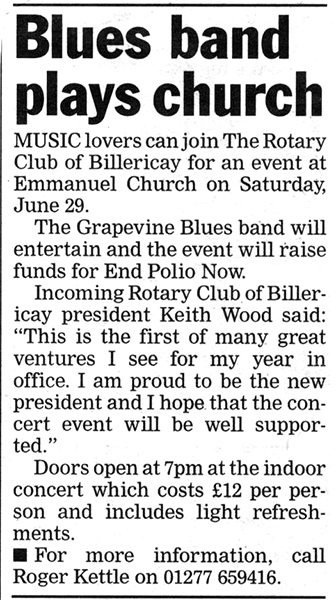 As previewed in the Billericay Gazette of June 26, 2013

On Saturday (June 29), before a selected audience in Emmanuel Church, 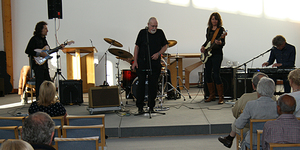 The Band was formed in 1997 by Mike Chase who is lead singer, and comprises four other musicians of outstanding quality, Dr. Ika on Guitar, who hails from Tbilisi in Georgia, Dave Lennox on Keyboard, Dave 'Roy' Rogers on Bass, and Ivan Hoe an outstanding drummer from South Africa.    Dr Ika was twice voted top guitarist in the U.S.S.R.

They have a popular 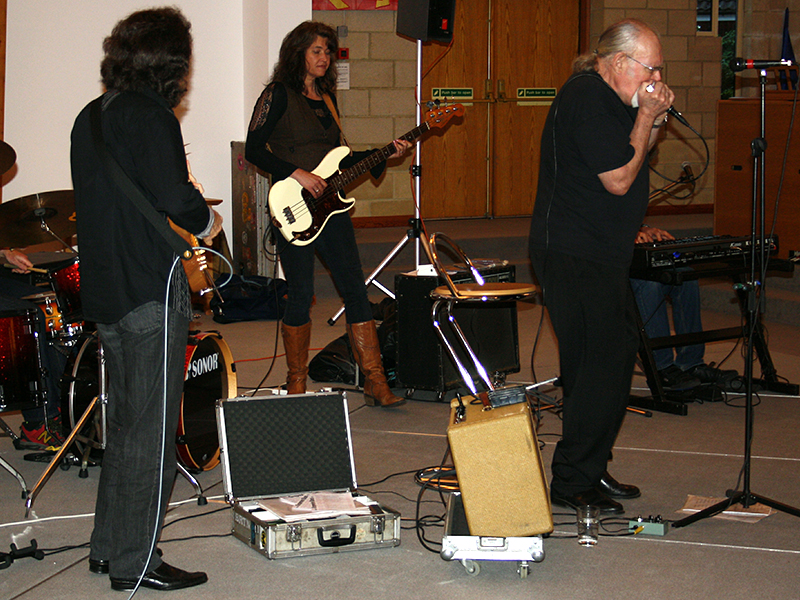 following all over Essex and have featured on BBC Essex and Phoenix FM radio, delighted blues fans with a variety of numbers, some by established names as Ray Charles and some written by themselves.  “Summertime” – one of blues’ great history songs – drew rapturous applause.

Ken Smith, the Rotary Club treasurer in his vote of thanks, said: “Quality audience, quality band, quality night.”  And he paid tribute to all the club volunteers who had organised the concert and the refreshments.

Ken was able to announce almost