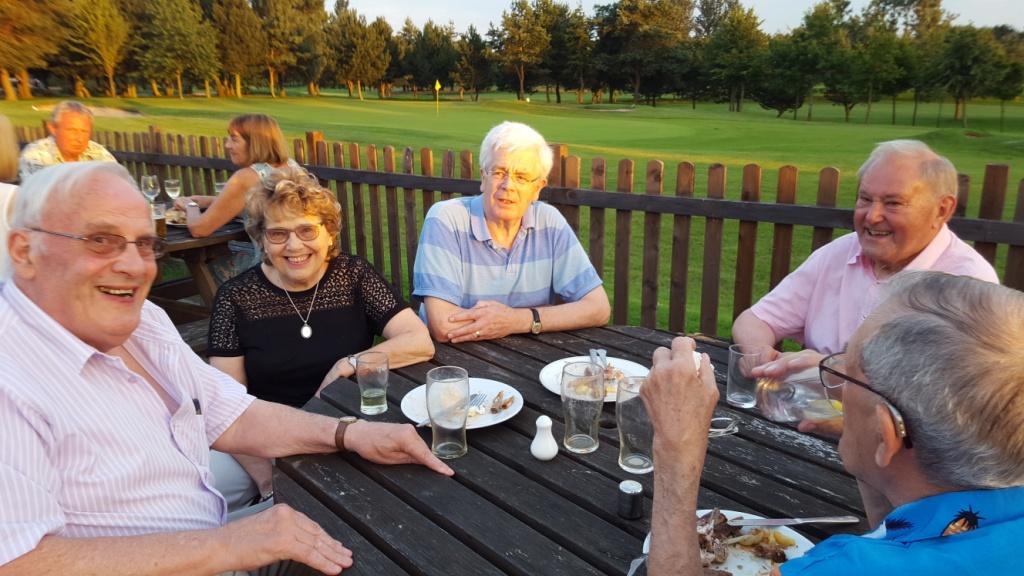 Sandbach Crosses Rotary Club Charity BBQ Raises £350 for Marie Curie Sandbach Crosses Rotary Club held their first fundraiser of the new Rotary year, a barbecue held at Malkins Bank golf club on Tuesday 19th July. The event took place at the function suite and terrace beside the new accommodation pods at the golf club which are part of the growing complex that also include the Ian Woosman Golf Academy. Seventy five people attended, including guests and friends from the Rotary Clubs of Sandbach, Alsager and Holmes Chapel. Over £350 was raised for President Arnie Laing’s nominated charity Marie Curie from a raffle and various games including ‘Guess the balls’ and the wine bottle roll. President Arnie Laing said ‘Thank you all for coming and I hope you had an enjoyable evening. Many thanks too to Tony Minshull and the staff at Malkins Bank for putting on the barbecue at such a great venue. It’s probably the first time the non-golfers among you have visited, but it is open to the public for meals etc. Tony is at the Seniors Open Golf Championship this week at Carnoustie with the Ian Woosman team; I’m on my way up there myself to join them.’ 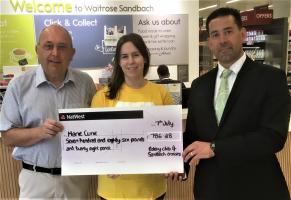 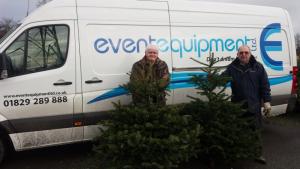 more Rotary Club Members collected nearly 300 trees for recycling in the Sandbach area. St Lukes organise this for the surrounding areas of Cheshire. This year St Lukes hope to raise over £20,000.00. 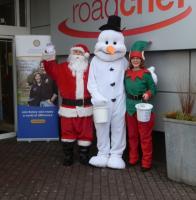