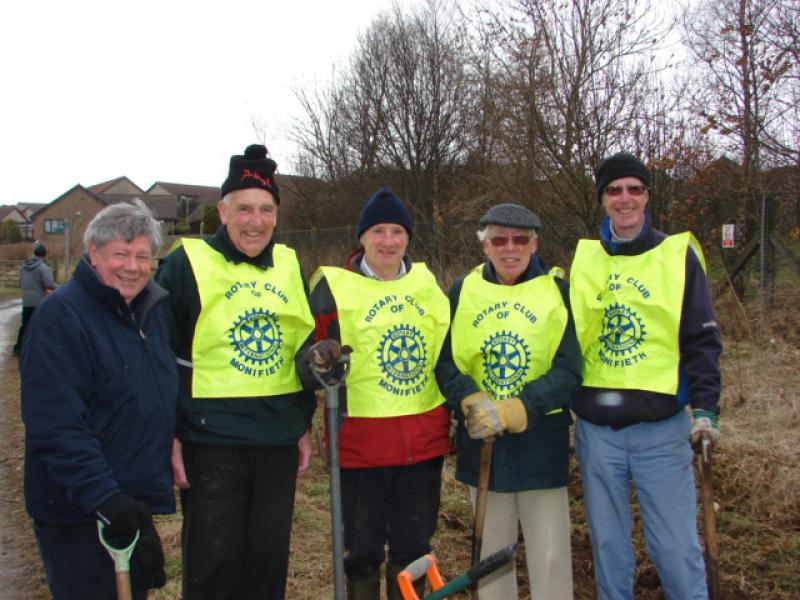 SMELL THE ROSES ALONG THE WAY!

Those of you who are old enough may recall the 1970 chart-topping song by Lynn Anderson - "I beg your pardon, I never promised you a rose garden....."

Well, seven members of Monifieth & District Rotary Club have done their best to give the town a rose-tree lined walk up the Dighty Valley. On one of the worst Saturday mornings of the year the seven turned up to support (and indeed outnumber all of the rest) in the Monifieth EcoForce's tree planting as part of the Woodland Trust's Queen's Jubilee woods project.

The EcoForce had received 420 saplings from the trust. On the bitterly cold and stormy morning of March 23 the seven Rotarians were joined by about four or five others to clear enough ground to plant several hundred of these saplings to form - it is hoped - a rose-tree hedge bordering the path up the Dighty Valley.

(At least two of the Rotarians involved wish it to be recorded that they "sacrificed" their Saturday morning golf in the near horizontal gale and snow flurries. Greater love hath no Rotarian.........)

Let us hope all of the effort proves worthwhile with a stunning array up the Dighty Valley! And let us hope that neither the gas people nor the electricity suppliers decide to lay a new mains supply up that way.

The picture shows some of the Rotarian planters. 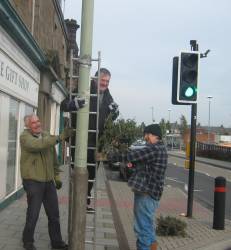 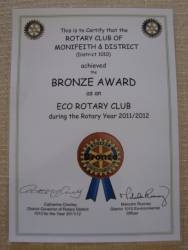 The certificate the club as won for its environmental work, including the volunteers who have helkped with the gardening, hanging baskets, Dighty Valley work and beach cleaning