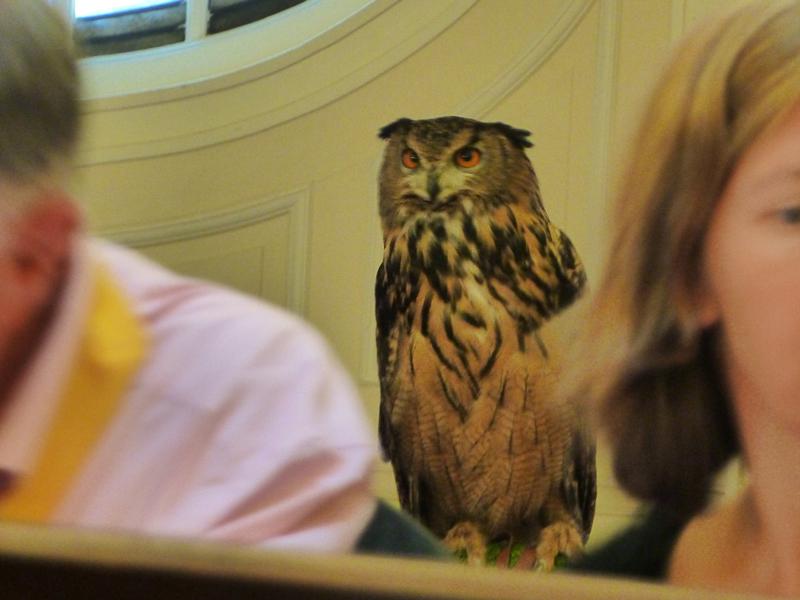 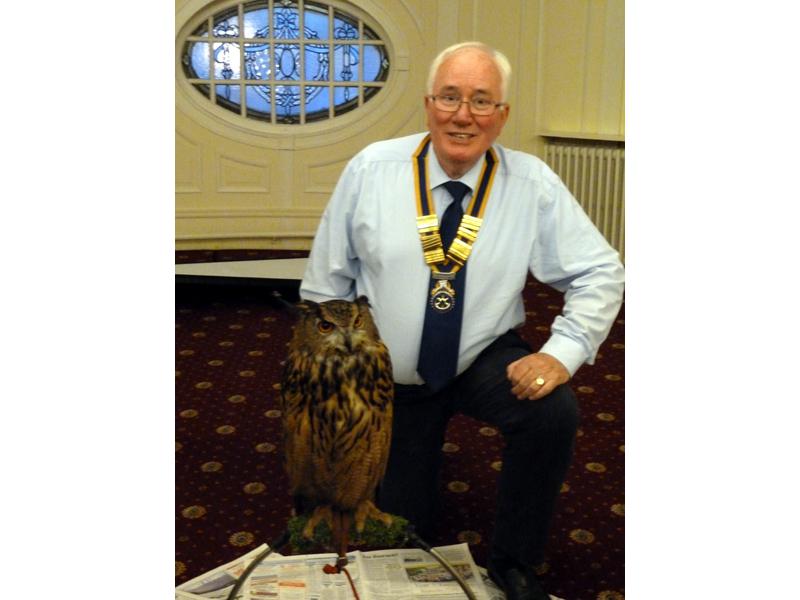 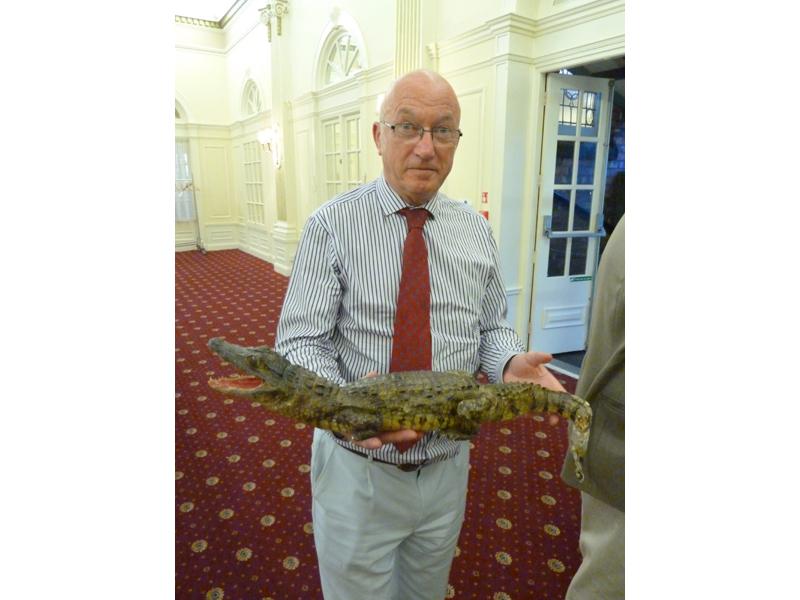 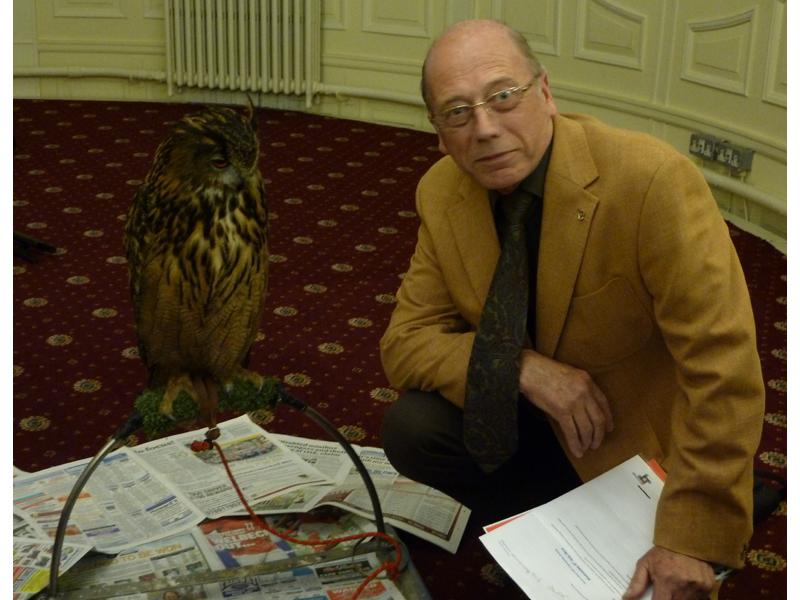 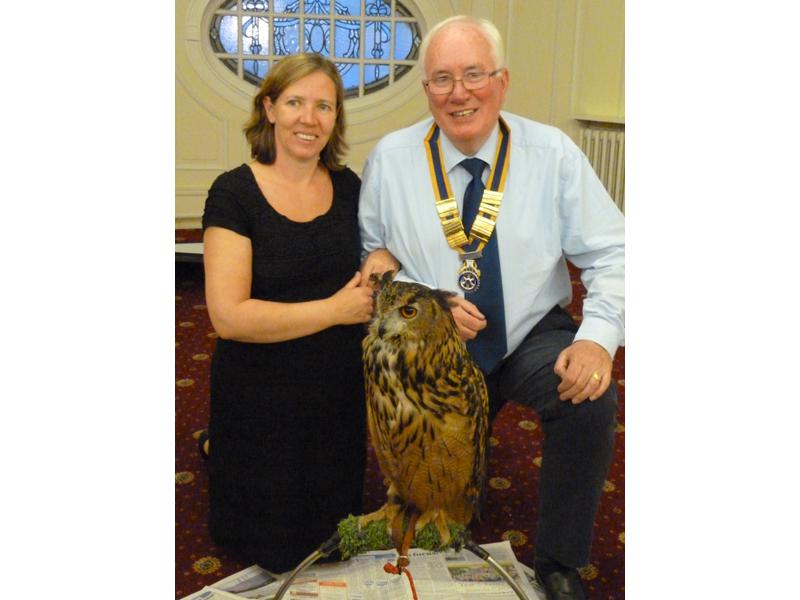 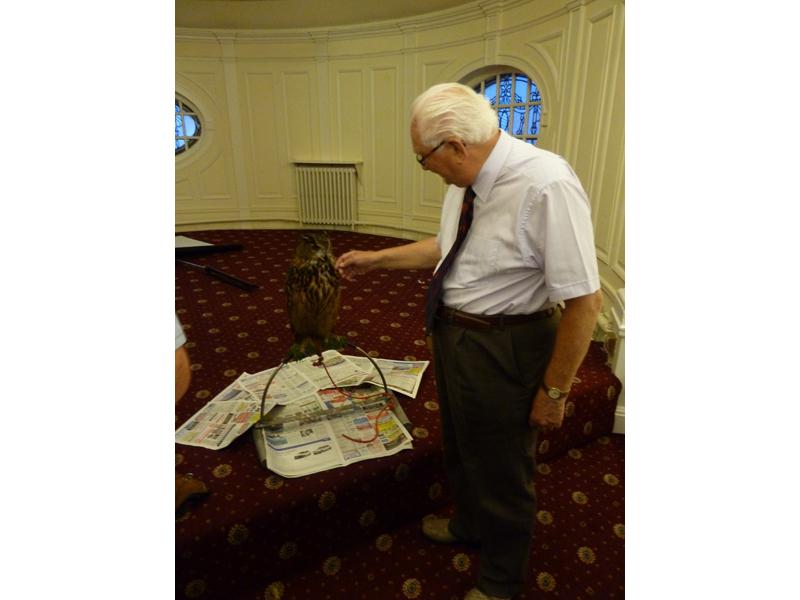 As members of Southport Rotary entered the Windsor Suite, most stopped in their tracks, as sat at the back of the room, looking on with his wide yellow eyes, was Samson, a European Eagle Owl, with his owner, Merseyside Police Wildlife Officer, Rachael Krueger.

Rachael gave a fascinating talk of her life as a police officer trying to stop the massive trade in animals, particularly endangered species.

"Trading endangered species is regulated and specimens are afforded a level of protection.

"The trade of such items in the UK without the proper permit and licensing is illegal, and we work hard with our partners to track down people who are prepared to flout the law when it comes to endangered species."

We were told of holidaymakers buying stuffed crocodiles as ornaments, thugs abusing all types of creatures, from foxes, to seagulls to egg collectors.

Thank you Rachael for a very interesting and informative (and fun) night.