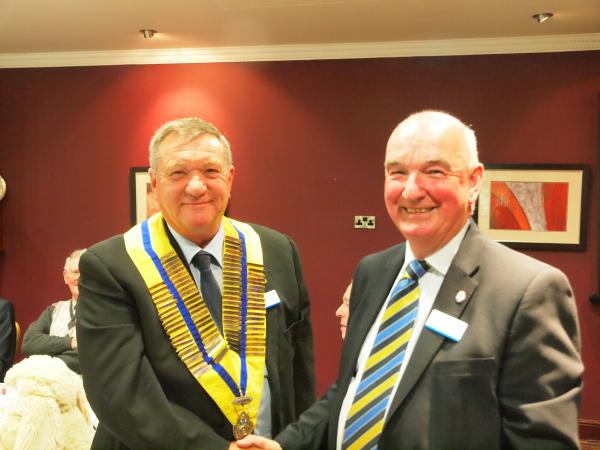 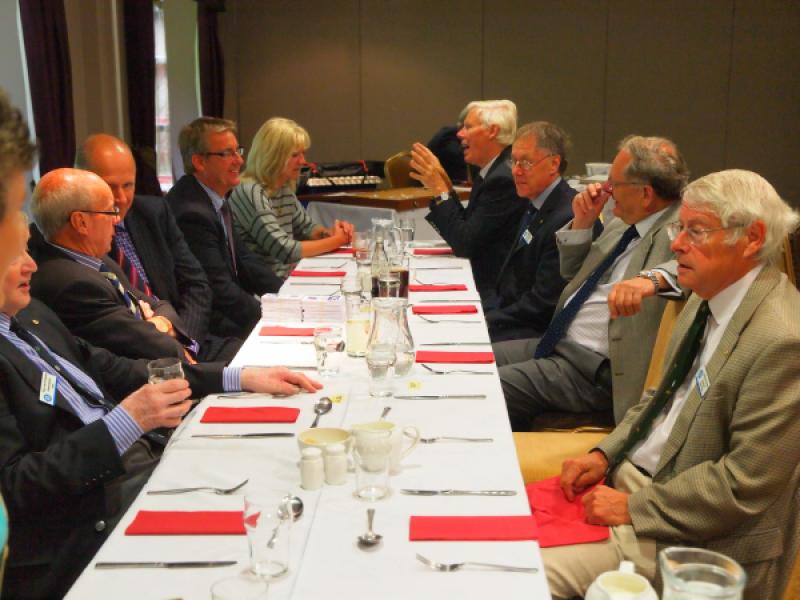 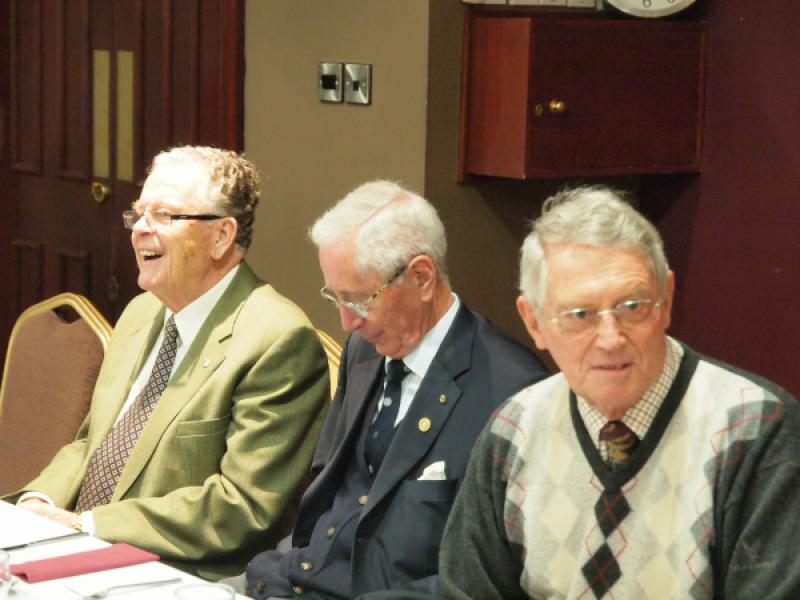 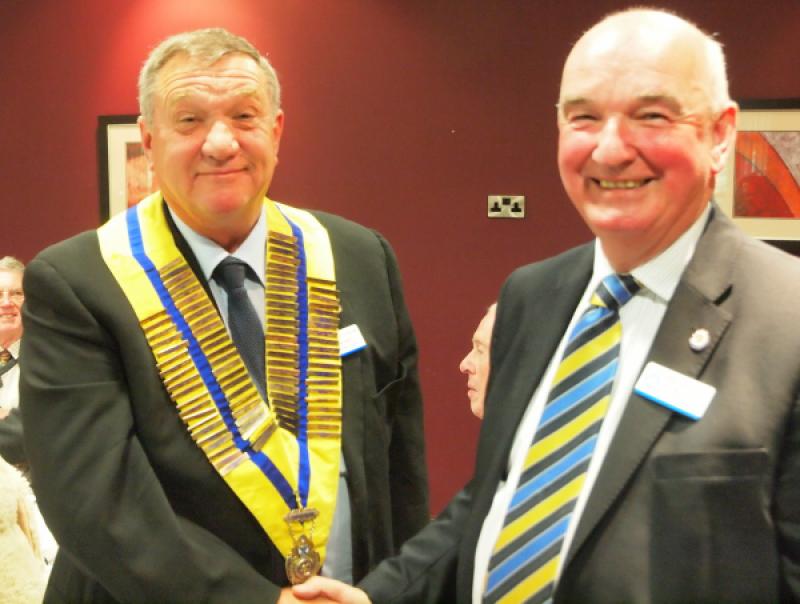 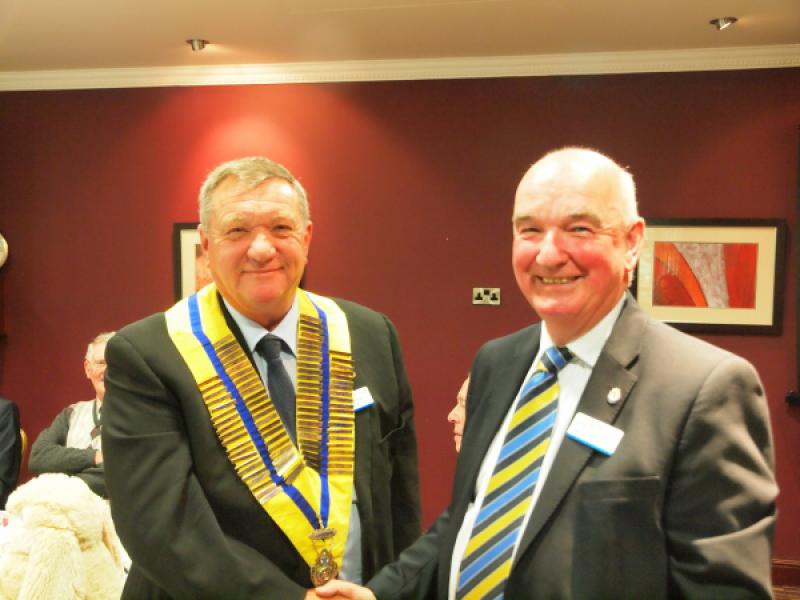 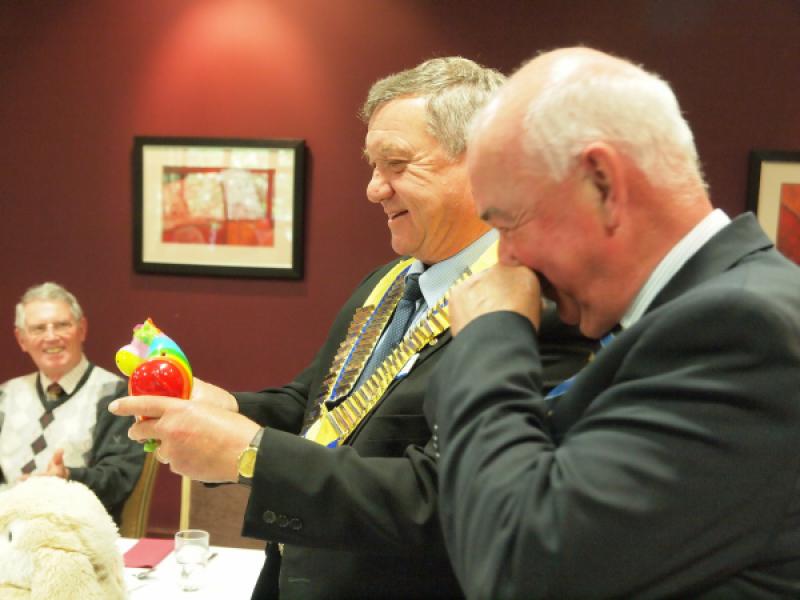 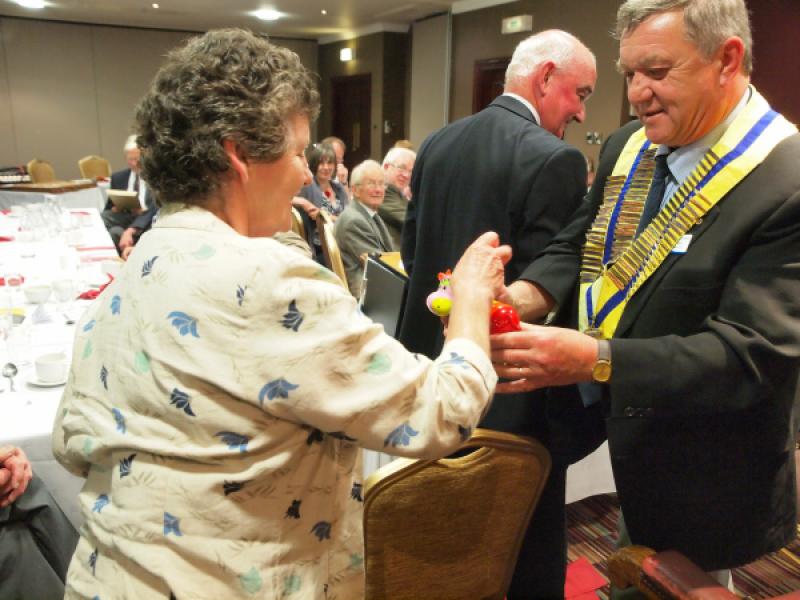 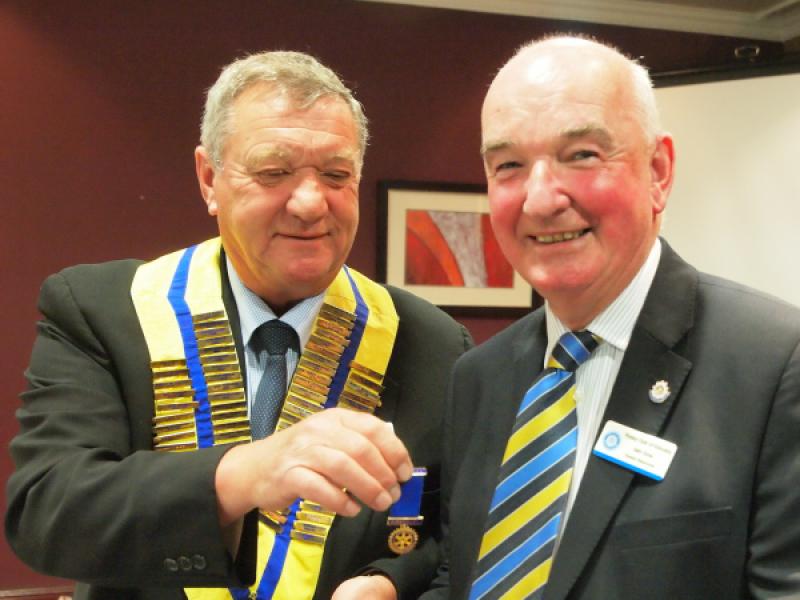 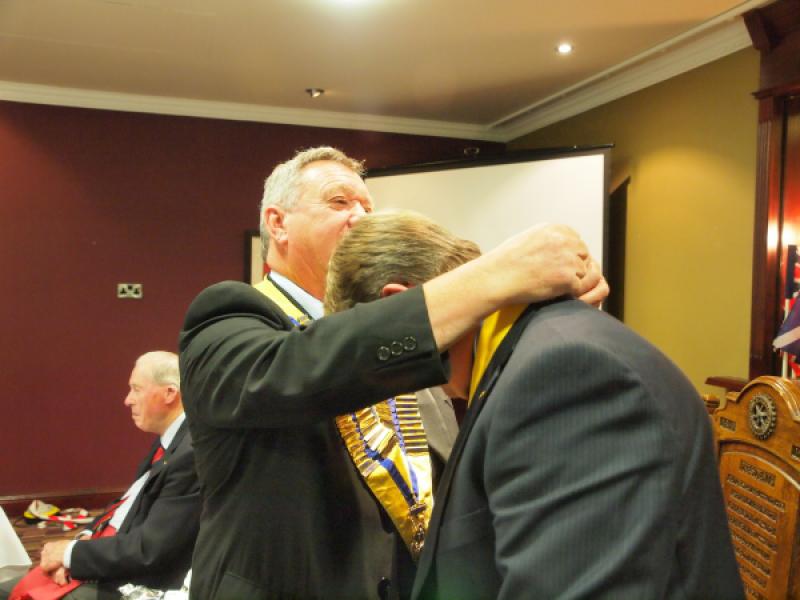 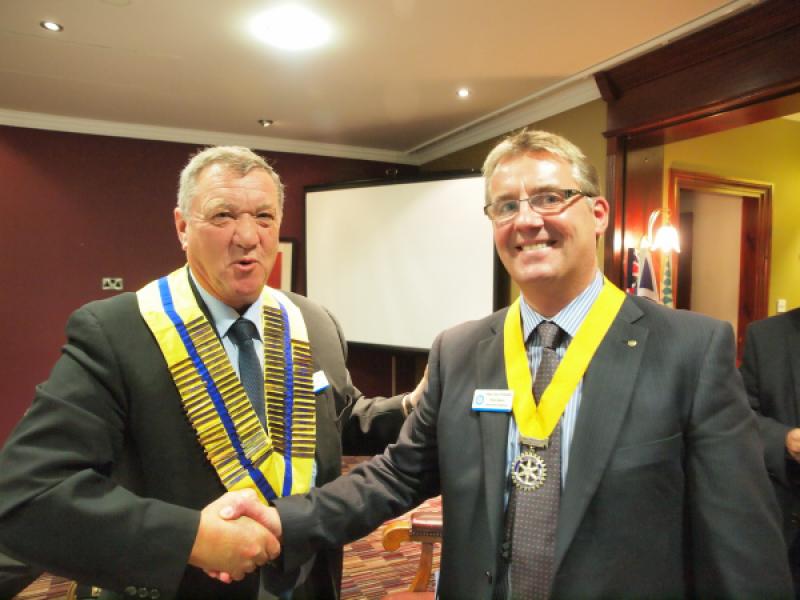 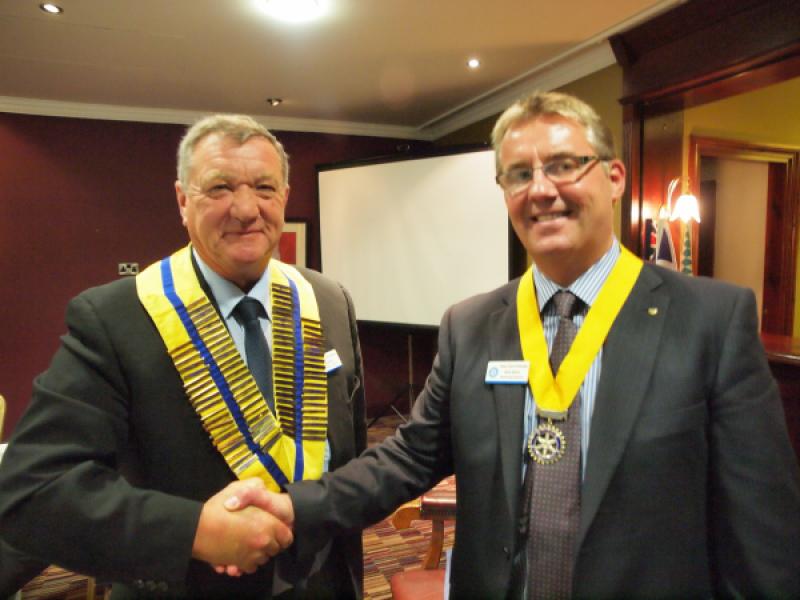 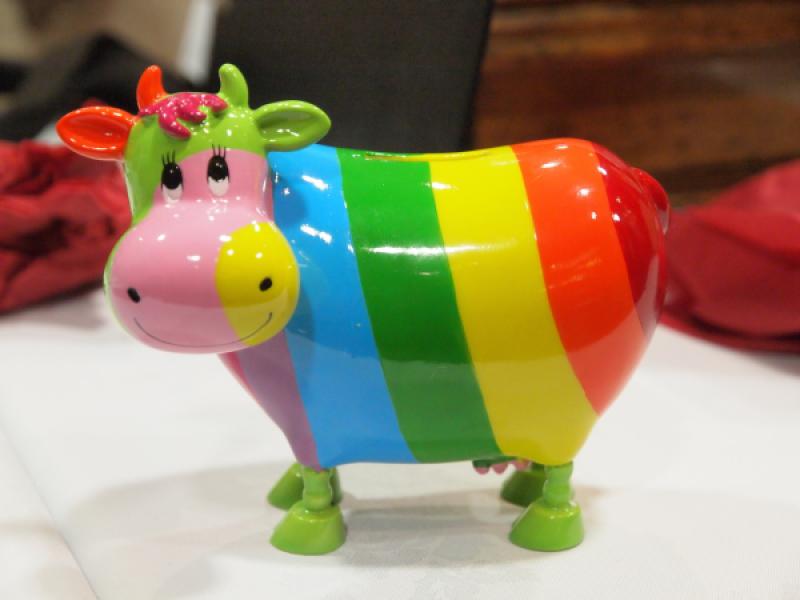 Worldwide, this is 'handover time' for thousands of Rotary Clubs; and in common with all those Rotary Clubs, it was 'handover day' at the Kirkcaldy Club this week.

It would be an understatement to record that President Les was 'fast tracked' into this office; and the best wishes of all present attended him. With the 2013-14 Rotary International theme of 'Engage Rotary - Change Lives', Club President Les is the 92nd Rotarian to hold this office in the Kirkcaldy Club since it began in 1921.