Result of the Final 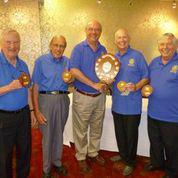 Four years after our last participation in the District Quiz Final I am delighted to report that our team have again been victorious. In a very close-fought contest the team, Terry McCarron, Derek Timms, Peter Riley and Bob Wright eventually won 83-79 against a determined team from Keswick, who have the unenviable record of being runner-up for the second year running. After a level first round the Fleetwood team gradually eked out a small lead. The contest was anybody's until Keswick had a disasterous music round when they failed to score. This gave Fleetwood the cushion they needed and, although they stumbled on a round involving last words of feature films, the result was never in doubt thereafter.

It was most fitting that the team should receive the winner's shield from their very own (Past) District Governor David. Along with the shield the team have won a cheque for 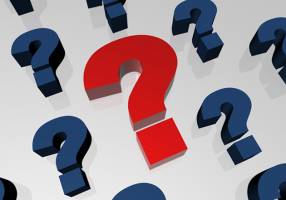 Another win for Fleetwood