A big boost to Polio campaign by Alligator! 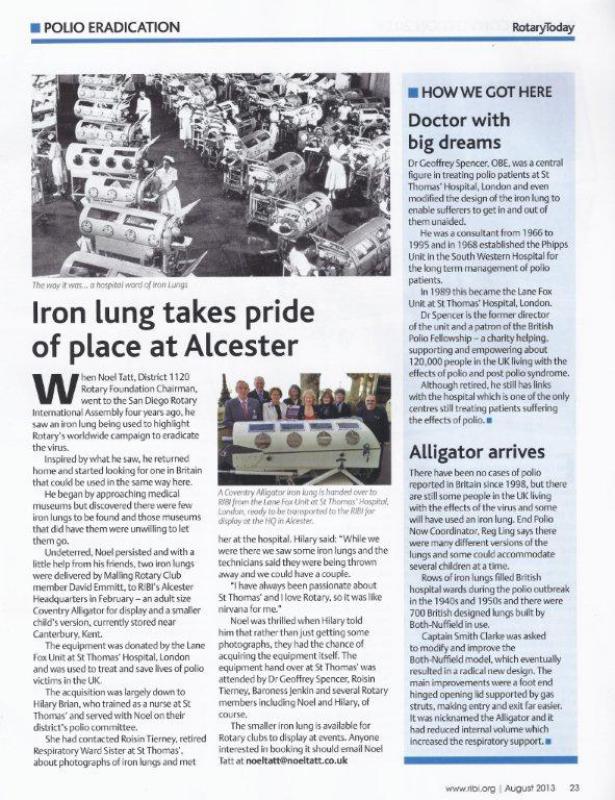 One of our members Hilary Brian was instrumental in tracking down not one, but two, alligators to help in the fight against Polio by Rotary Worldwide.

These were used in UK when Polio was common and shows how difficult it was for suffers to cope in a society that was relatively "modern".

Imagine how it is in developing countries where this disease is still common - its why Rotary is fighting to rid the World of Polio and is almost there. With continued efforts the World should be declared free of Polio in next 12 months thanks to Rotary and its supporters Worldwide. But the fight must still go on for many years to ensure it stays beaten.

The article is from Rotary Today - August 2013 edition - all rights acknowledged.