A number of Corby companies and organisations are to participate in the increasingly successful Dragon Boat race event to be held on September 2nd 2018 at Wicksteed park, Kettering. It'll be a great day for competitors and spectators alike. 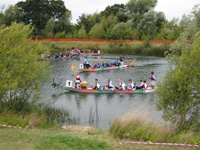 We've been busy recently visiting and telephoning companies and other organisations throughout Corby to tell them about the fantastic seventh annual Nene Valley Dragon Boat races to be held on September 2nd at Wicksteed Park, Kettering.

A number of organisations and companies from the town have already signed up to participate. Teams will compete over a two hundred metre course on the fantastic Wicksteed Park Lake.

Each crew is made up of ten rowers with a beating drummer at the back of the boat and a steering helmsman at the tail end. Rowing from the thirty foot long Oriental style Dragon Boats, competition becomes fierce and tremendously exciting especially as the finals of the races approach.

It's great fun for competitors and spectators alike. The races become more and more heated with the boats increasingly cheered on as the races progress. But following all the energy of rowing and spectator participation, for dry throats and appetites, there will be plenty of choice from the refreshment and food vendors who are attending.

Of course, it isn't all about having fun. As well as having a great day out there is a very serious side to the work of Corby Phoenix and 4 other local Rotary Clubs in the north and east of Northamptonshire. The support of local worthy causes is central. Last year over £25,000 was raised. As other year's Corby's own Lakelands Hospice and Cransley Hospice in Kettering will benefit plus other charities supported by Rotary.

Fundraising is by sponsorship, each crew member is asked to raise a minimum of £50 so raising £550 per team. 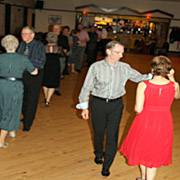 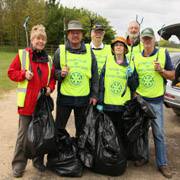 back Over many years Corby Phoenix has taken children with special needs to Wicksteed Park in Kettering for a day of enjoyment and absolute fun. And this year was no exception. In glorious sunshine, our kids and Rotarians alike had a great time