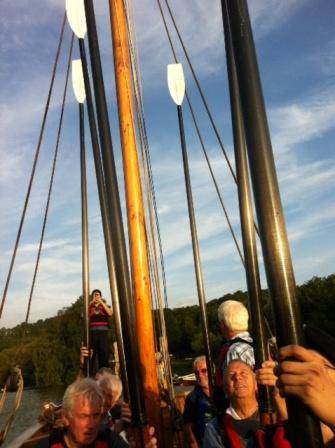 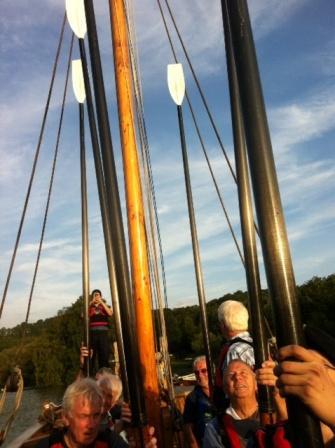 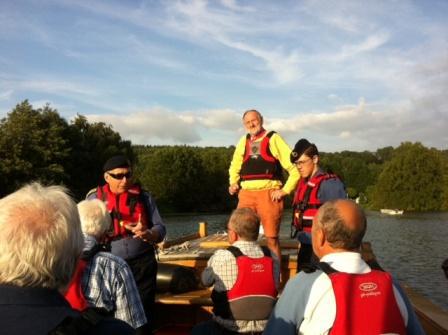 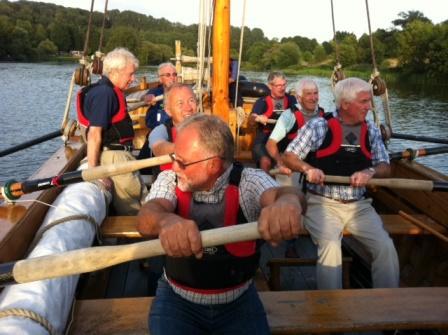 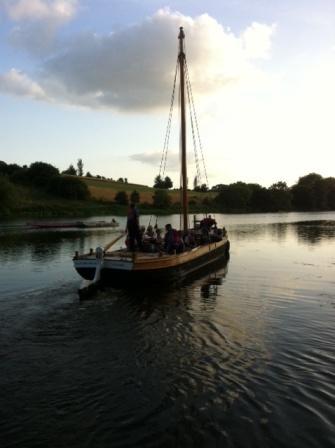 Fifteen gallant oarsman took to the water in the Hereford Bull, the Wye Trow built for the 2012 Royal Pageant.

The lake, more familiar as the graveyard for lost balls from the eighteenth hole at the adjoining golf club, was the setting for a very enjoyable meeting.

The club is grateful to Commander Rob Shields from Hereford Sea Cadets and his two able assistants Conor and Jamie for guiding us through the intricacies of trow sailing and being a fount of knowledge on the story of this specially-built craft.

The long term aim is to provide waterborne experiences for schools and youth groups as well as the sea cadets who are using it at present. It will be at Dummonds Drub until a permanent mooring is built in Hereford. 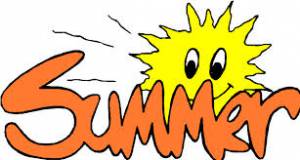 Please see the Report by Brian Robbins on an excellent event in the true spirit of Rotary and our thanks to Paul and Clare for a perfect Venue. 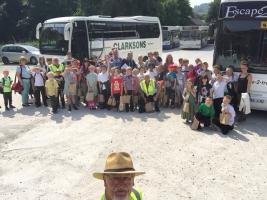 As last year Kids Out will be held at the Dick Whittington Farm Park at Little London, Longhope Gloucs GL17 0PH. Our leader for the event is Clive Gardiner who will need strong support on the day from members. Times above are approx only 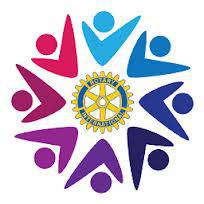 Please find here notes from Past President Brian on discussion which took place at our Interact Club Meeting held on the 26th of March.

A further message from David Rippe re our Students Public Speaking Contest. Mant thanks Ray.