F&D had the boules to do it! 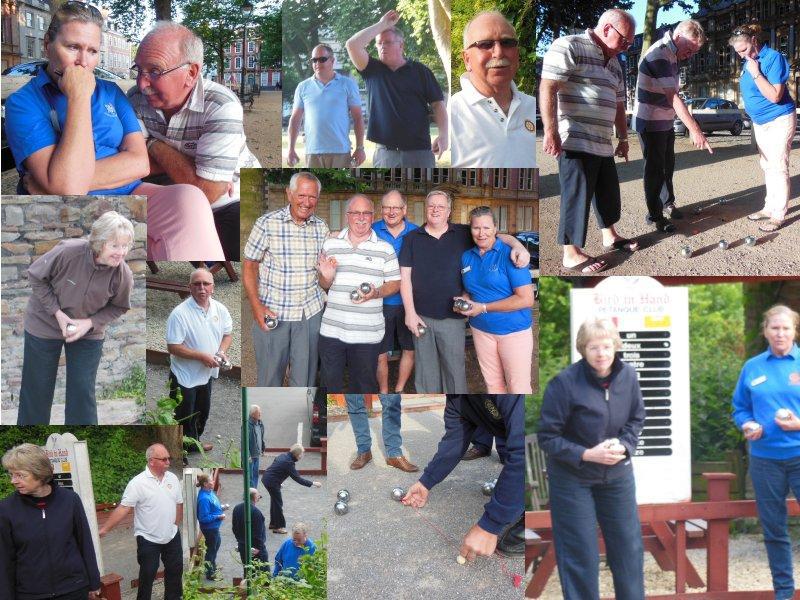 "The team won their matches against Bristol Aztec and Kingswood C but lost against Nailsea and Backwell Scorpions, Clevedon and Clevedon Yeo 1.  It is unlikely that the team will qualify for the  District League Festival of Boules Final to be held on Saturday 28th September at the Red Bull, Malmesbury.

"Every match was played in glorious weather and much fun and fellowship was had by all."

It should be mentioned that there was the usual good support from players partners at most of the matches.  Support is always welcome and significantly adds to these occasions.

Team North was one of two teams competing in the Boules competition, the other being Team South captained by Derek James who kindly sends this report.

"Modesty forbids a detailed report of F&D South's Boules Experience.  Rag, Tag and Bobtail (in other words, all those not invited to join the Premier Team) exceeded all expectations and made a journey in which it was better to travel than to arrive.  Suffice to say that one of their six matches was actually won, though in the haze engendered by playing upon licensed premises, it was difficult to say against whom.  Memorable piste of the season involved ending a match in the dark, with non-luminous boules, and a colourful vocabulary!  But then, we never had expected to trouble the scorer too much, everyone had a terrific time taking part, and all aspired to being allowed to play with the winning team next time."