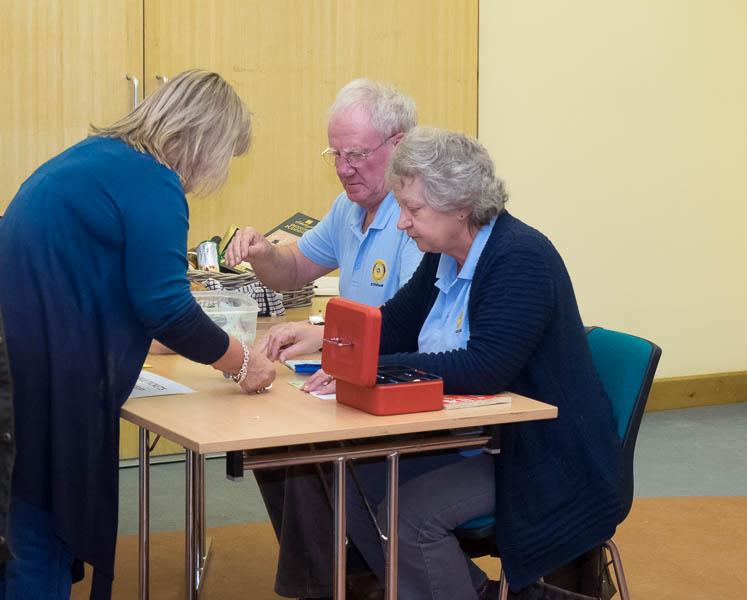 Some of the activities of Rotary clubs provide hands-on support to local charitable causes. However, there are many causes, both local and international, that Rotary clubs cannot help directly because they are not local or need financial assistance. Rotary clubs everywhere regularly engage in fundraising activities so they can make financial contributions to the charities that they support. The Rotary Club of Eynsham is no exception to this and engages in a number of fundraising activities during the year.

Here are some of our planned activities for this year and some recent successful activities.

Bartholomew Players presents an evening of . . . 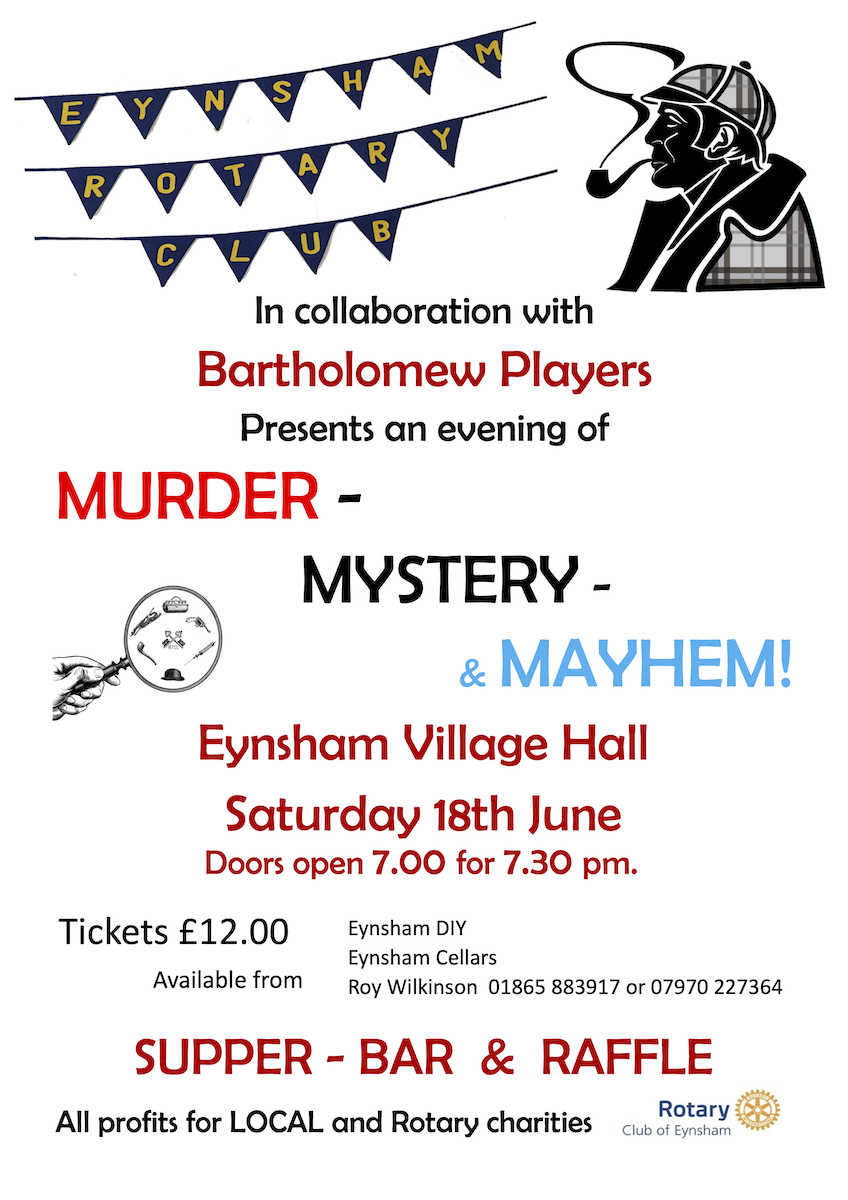 The advent of Covid obviously curtailed the fund-raising activities of the club but we are becoming more active again.

The annual Charity Race Night, was held in the Eynsham Village Hall. We had 7 video races with Tote betting, along with a 2 course meal and a licensed bar.

The Club organised a Barn Dance held at the Eynsham Village Hall. Music was provided by the Oxford Village Band, with a caller. It was sold out and very successful. Our thanks go to everyone who supported us.

Harold Jerred organised a 77 miles walk along the Oxford Canal path from the centre of Oxford to Hawkesbury Junction (a little north of Coventry) raising funds for Young Dementia UK. Approximately £1500 was raised.

The walk was completed on New Year’s Day 2019 after a series of 12 walks of between 3 and 11miles each section, over a period of 17 months. Further details. The Eynsham Rotary Club annual Santa Sleigh had a very successful tour of Eynsham, Cassington, Stanton Harcourt, Sutton, Long Hanborough and Church Hanborough. Sadly we couldn't make it to Freeland because Santa's reigndeer's feet were sore. Thank you for your generous contributions once again, and thanks also to our collectors, drivers and of course Santa himself.

2016 WAS THE 70TH YEAR OF THE EYNSHAM CARNIVAL – A GREAT VILLAGE TRADITION! The annual Eynsham Carnival is one of the oldest of its kind in the county. It began after the Second World War and is always held at the Eynsham recreation ground on the first Saturday in July. On the day we have a shirt race, parade through the village (with floats and prizes), stalls and many events in the Carnival Ring in the afternoon.

The Carnival is planned and provided each year by a volunteer Committee, most of whom live in the village. The Committee is supported by local organisations, who provide help and support during the year and particularly on the day itself when we rely on many willing extra volunteers.

The Eynsham Community Day was held at Eynsham Village Hall on Saturday 18 June and will be open to the public from 10:00 to 16:00. The purpose of the day was to give an opportunity for all sorts of local groups, clubs, charities and other organisations to publicise themselves, and for the general public to come and see what's on offer and to be aware of what a huge range of activites are available in their community.

On Friday 13 May 2016 there was a joint event with Bartholomew Players - a two course meal followed by production of "Relative Values" by Noel Coward. This light comedy looked at the breakdown of social etiquette in 1950's Britain, when the young Lord of the Manor deigns to marry a (shock / horror!!) common movie starlet!! Written with Coward's dry wit and classic one-liners.

Our second Charity Film Night was held at Eynsham Village Hall on Saturday April 2nd 2016. The event raised over £1400 funds for Young Dementia and Helen and Douglas House Hospice for children.

Over 100 Rotarians, guests and residents of Eynsham and surrounding villages were fed a sumptuous two course supper with drinks from the bar. The film was "A Private Function", starring Michael Palin and Maggie Smith. The evening was brought to a close with a raffle.

A successsful evening for Rotary and one which will be repeated next year.

more A 77 miles walk along the Oxford Canal path from the centre of Oxford to Hawkesbury Junction (a little north of Coventry) raising funds for Young Dementia UK.