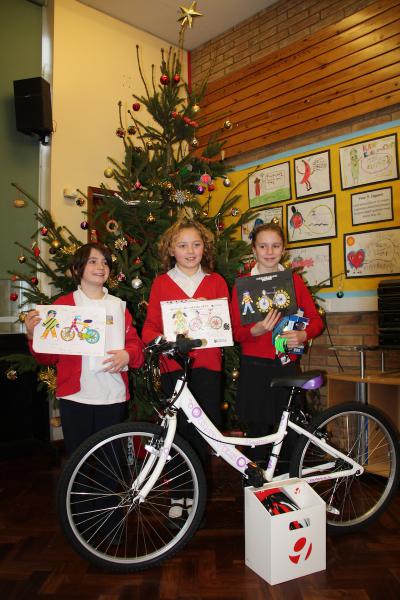 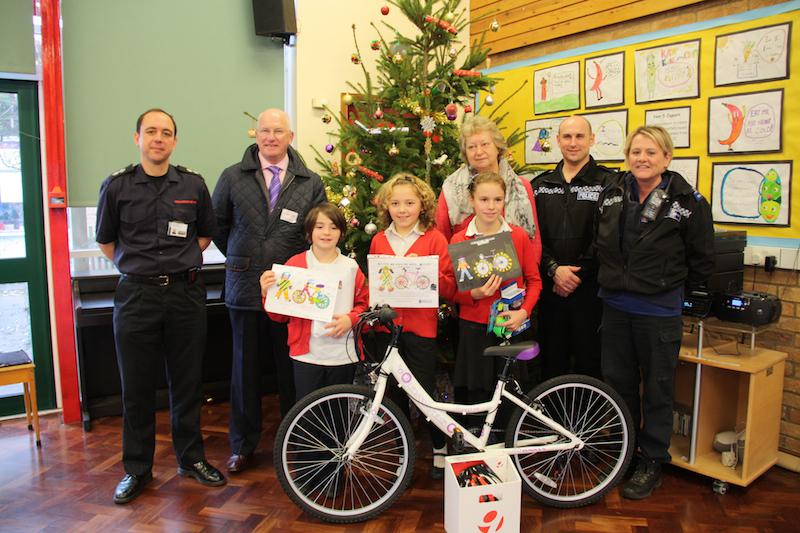 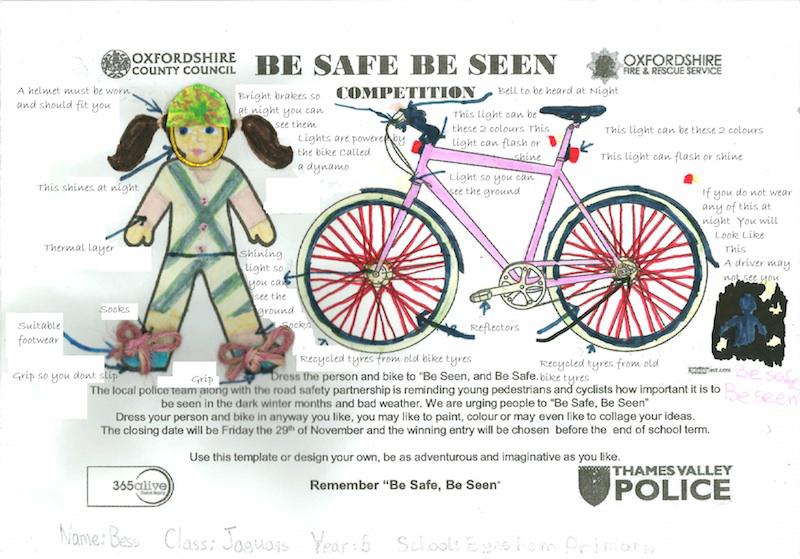 Eynsham local Police Community Support Officers recently organised a Schools Safer Roads Programme aimed at local Primary Schools in Eynsham, Cassington, Stanton Harcourt, Standlake and North Leigh. The programme included a poster competition entitled 'Be Safe Be Seen'.
West Oxfordshire District Council supplied a prize of a bicycle and helmet for the best overall entry and the Rotary Club of Eynsham supported the competition with additional prizes and helped to judge the many entries, which were of a very high standard.
The overall winner of the competition was Bess, who is in class 5 at Eynsham Primary. Along with the local Police, Council and Rotary representatives, Bess is pictured with the two runners-up, receiving their prizes during a school assembly. Prizes were also awarded to pupils at the other four schools.

more Rotary Club of Eynsham supports the work of Gatehouse by helping with the delivery of donations to the charity premises in Oxford. 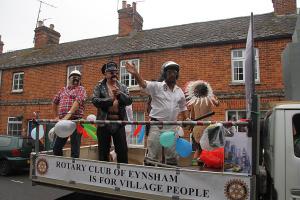 Eynsham Rotary and the Carnival

back The Rotary Club of Eynsham - In The Community