The Club formed the John Nicholson Foundation in 1991 (which is a Company Limited by Guarantee and is a Registered Charity),with the aim of Supporting Students in the Advancement of the Visual Arts. 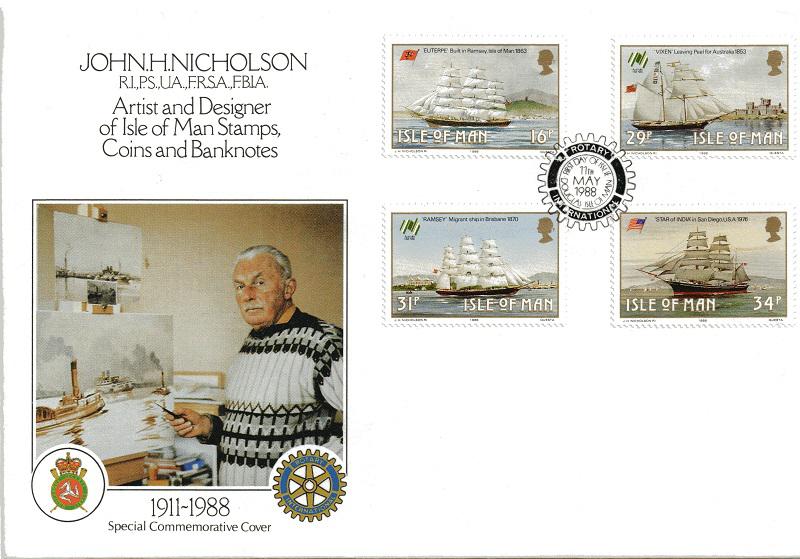 What does the John Nicholson Foundation do?

After the death of club member John Nicholson in 1988, the club became a beneficiary in his will of a large collection of paintings. Proceeds from the sale of some of these and Special Postal Stamp Covers has been continually invested and re-invested over the years and the interest gained has been used to support IoM School Art Departments and Young Students of Art.

We have staged Art Competitions between School Art Departments, we have supported the Courtyard Gallery at St Johns with materials, pupil fees and exhibition costs and we have supported 30 individual students over many years.

Who was John Nicholson?

John Hobson Nicholson was a long standing and Founder Member of our Rotary Club.  Many of us have fond memories of his membership and we mourned his loss when he died under tragic circumstances in 1988.

John was born in 1911 the son of Frank Nicholson a House Painter and Decorator. He was the grandson of the well know Manx Artist John Millar Nicholson.  John was educated at Douglas High School and went into the family business on leaving school.   Although John was a self taught artist he went on to establish himself over the next 50 years as one of the most successful Manx Painters.  He was a Member of the Royal Institute of Painters in Watercolours, an exclusive organisation of only 58 elected members in the British Isles.  He was a Member of the Pastel Society of Arts,  and an Honorary Fellow of the Royal Society of  Arts and of British Interior Design.  He was a leading member of the IoM Art Society and was their President up until his death.

He produced a wide variety of work from landscapes and coastal scenes to maritime subjects often in oils, in watercolours and in pastels. His subjects not only included scenes from the IoM but also from Scotland,  and far away in Norway, in Venice and even in Hamburg.He designed Manx Bank notes for the IoM Government in 1958 and again in 1969. He designed Manx Coins and Manx Stamps.  He also produced illuminated addresses, three of which were presented to King George V

After John's tragic death in 1988, to commemorate his life and work a Special Cover was produced by the IoM Post Office in association with Rushen & Western Mann Rotary Club under the watchful eye of Felix Gale and thanks to the sale of these Covers and his paintings the Club raised 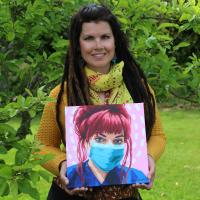 What is the John Nicholson Foundation?

The Charity raises and distribute monies for charitable purposes to advance visual arts in the Isle of Man or elsewhere but related to the Isle of Man by way of grants awards, bursaries, 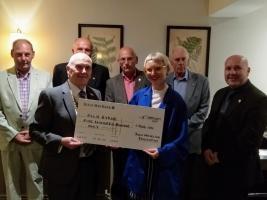 The 2019/20 annual John Nicholson Foundation Bursary was awarded to worthy recipient Ellie Byrne. Another example of how the Club supports members of the local community #PeopleofAction 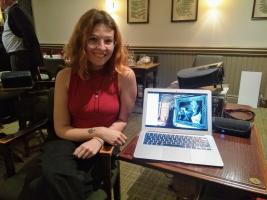 Last night's meeting heard how the John Nicholson Foundation Bursary for 2018 had helped Alice Dudley fund the cost of materials during the first year of her University Fine Art degree at Falmouth. 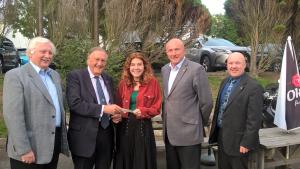 The 2018/19 annual John Nicholson Bursary was awarded to worthy recipients Alice Dudley and was presented by Mike Ingram, Chairman of the Foundation in August 2018. 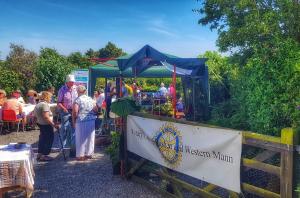 A GARDEN OPEN DAY raised funds for The John Nicholson Foundation. This is an ‘arts-related’ charity (of the Rotary Club of Rushen and Western Mann). The Garden Open Day was held at the home of Rotarian Mike Ingram in Surby. 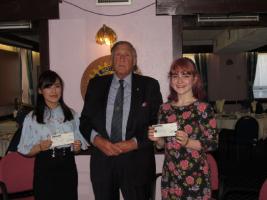 The 2017/18 annual John Nicholson Bursary was awarded to worthy recipients Asia Ogden and Victoria Hoover both pupils of Castle Rushen High School and was presented by Mike Ingram, Chairman of the Foundation in August 2017. 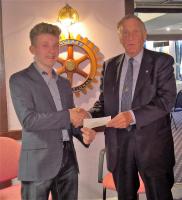 The 2016-2017 annual John Nicholson Bursary of £500 was awarded to worthy recipient Robin Burchill and presented by Mike Ingram, Chairman of the Foundation. Further awards of Â£250 each were awarded to Henry Sale and Katie Strickett. 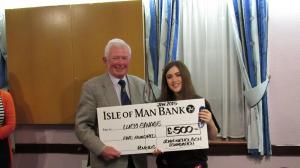