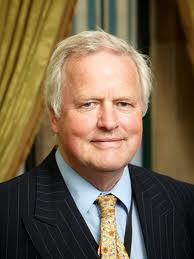 Member of Parliament for Beckenham

We are honoured to have as our guest speaker on the 17th February 2014 Col. Bob Stewart, DSO, MP for the constitutancy of Beckenham. Col. Stewart is to speak to the Club on the subject of The Army and Politics in what promises to be a very enlightening and interesting talk.

Bob comes from a distinguished military family. His father, Squadron Leader Jock Stewart MC was an RAF Officer and his mother was a member of the renowned Special Operations Executive during the second world war.

It is no surprise therefore, that after boarding school in Chigwell, Essex, he entered the Royal Military Academy Sandhurst at the age of 17.

Bob became an infantry officer, commissioned into the Cheshire Regiment, in 1969, thereafter being deployed in Northern Ireland.

From 1970 various postings included Malaya, Berlin in Germany and a return to the UK in Staffordshire. Following selection by the Army he attended Aberystwyth University graduating with a first class International Politics degree.

In 1992, aged 42 he took his Battalion to Bosnia as the first UN Commander of British Forces there. Whilst in Bosnia he discovered the Ahmci massacre in April 1993, where the victims included men, women and children. Bob was subsequently called to give evidence at six war crimes trials in the Hague.

Promoted to a full colonel following his award of the DSO for gallantry and leadership he went on to be appointed as Chief of Policy at Supreme Headquarters Allied Powers in Europe (SHAPE).

After 28 years with the army, Bob retired in 1996 to do consultancy work.

Bob Stewart came late to politics having been persuaded to do so by his ex-soldiers.  He was elected to Parliament on 6th May 2010 as the Conservative MP for Beckenham.  Bob is now a member of the House of Commons Defence Select Committee and the House of Commons Committees on Arms Control. In addition he is Chairman of the All Party Parliamentary Group for the Army.