We were privileged to have Arthur Edwards at one of our lunch time meetings. Arthur has a unique insight on the Royal family. He been royal photographer at The Sun since 1977. He has photographed 7 royal weddings, 4 funerals, and 6 royal births. 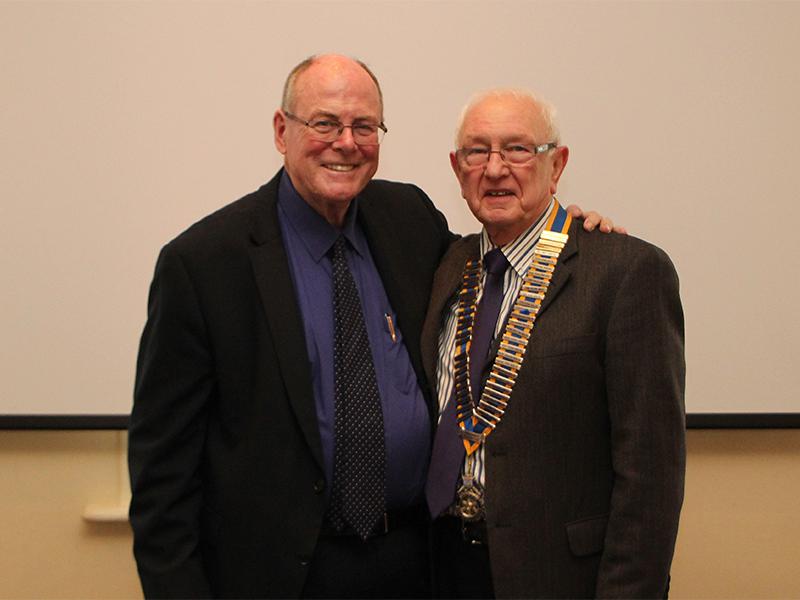 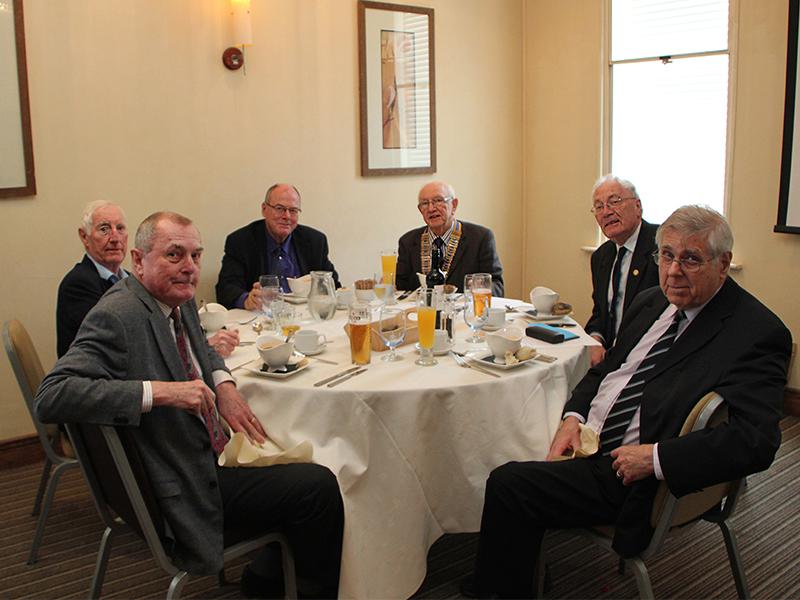 Entertaining Arthur at the "top" table 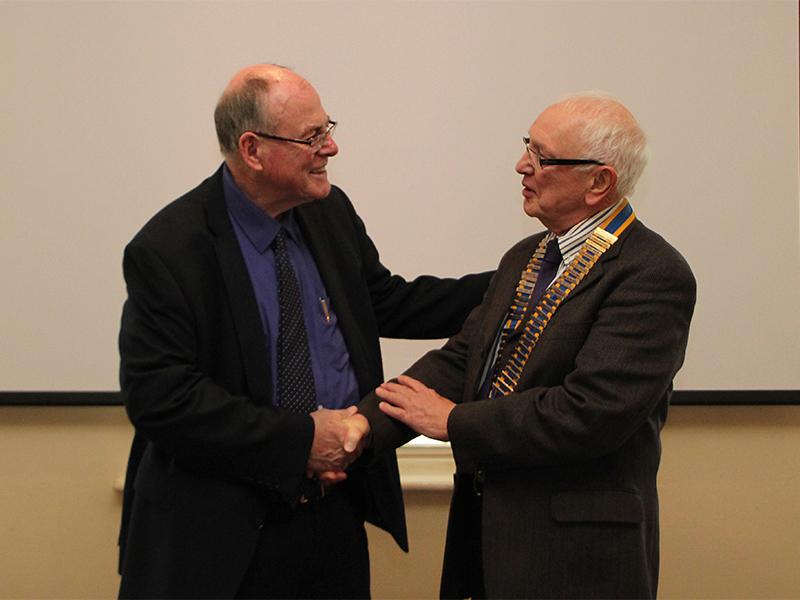 Thank you from President Keith

The club was privileged to have Arthur Edwards - celebrated as the press world's royal photographer - as a special guest speaker on Monday, March 3rd.

Arthur, who is based in Hutton and learned his trade on Essex and East London newspapers, has been photographing the royal family for 40 years and gave a major lunch time turn-out of members and friends, a wonderful portfolio of his work from the days when he was first employed by The Sun newspaper. Yes - The Sun, whatever thoughts you may have about that press vehicle.  He showed early shots of Charles and Diana and their princes, William and Harry. of  Queen Elizabeth and Prince Phillip with their sons and daughter Ann, and through to Charles and Camilla, William, Kate and Prince George - a portfolio of any normal family but, in this case, a privileged and royal one.

The one word that enabled Edwards to capture all his great images, was "trust".

He said:"if I had ever let them down with a papparazi type picture, I would never have been allowed access to or near the palace.  It was a mutual respect."

Confidentially, he admitted after the lunch when questioned privately: "yes, I once took a picture of a royal from behind a hedge. I regretted it and asked The Sun to kill it, which they did. Never again."

Arthur began as most photographers do - filming local events and football matches. Club member, Trevor Bond gave him his first job on the Stratford Express and Ian Cole, a guest on monday, boosted him on the Newham Recorder.  "I shall always be grateful to these guys", he said.

Forty years on, he retains the trust of royalty, the full backing of his editor, and the friendship of all in the photographic profession. He is a gem.