The presentation of our Annual Community Service Award, on Tuesday, 11th. March, 2014. 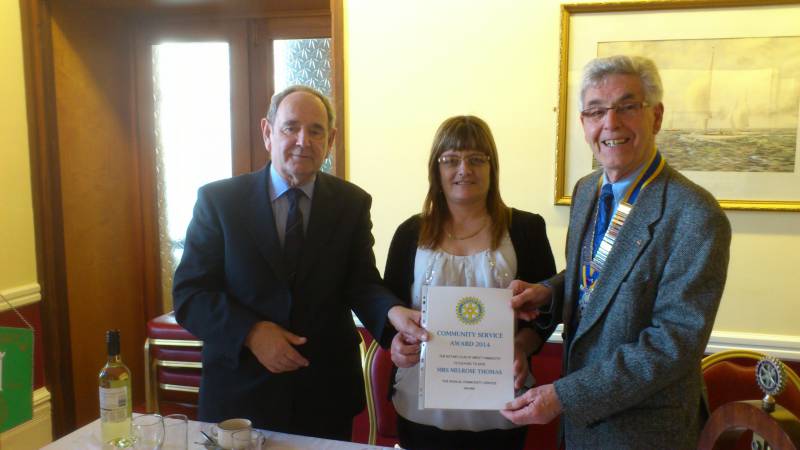 At our meeting on Tuesday, 11th. March, 2014, we presented our annual Community Service Award.  This year however the presentation was made posthumously, the recipient of the award having recently died in tragic circumstances.  The awardee was Melrose Thomas, or Mel, as she was known, and the Club believed that it was the right thing to do since no-one can take away the love and respect in which she was held as she tried to make a  real difference to the community.   Having spent some time as a Social Worker, Mel became a volunteer Relate Counsellor, and later she resolved to use her professional training to help people with Alzheimer