An ongoing report on the success of this annual event. 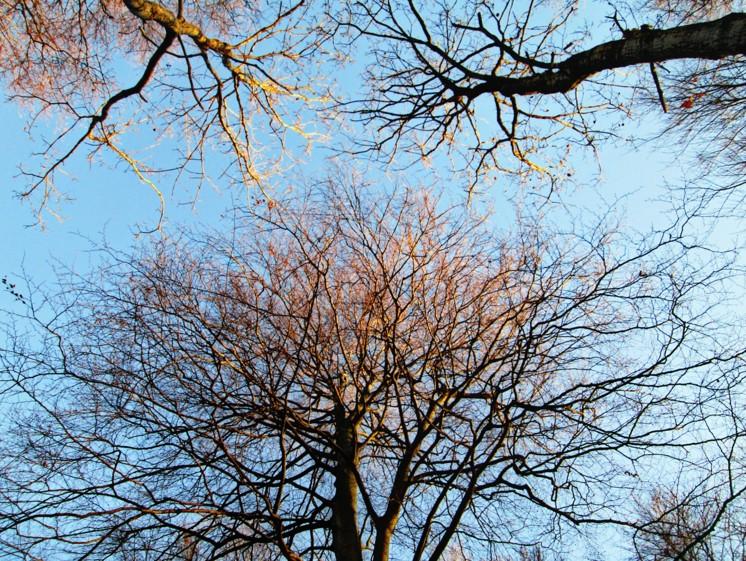 Children are our future and Rotary Clubs have often created links with schools to support them and to encourage the development of individual skills. When Mick Clough retired as the Headteacher of Witton-le-Wear Primary School he joined the Rotary Club of Houghton-le-Spring and found a new springboard for his dedication to serving others. He was soon on the Council and became President 2009-10. During his year of office he initiated a link with Houghton Kepier School to establish a photographic competition. Working closely with Dave Brennan, Community Development Manager of Houghton Kepier Sports College he drew up the rules and established what we hoped would become an ongoing project. 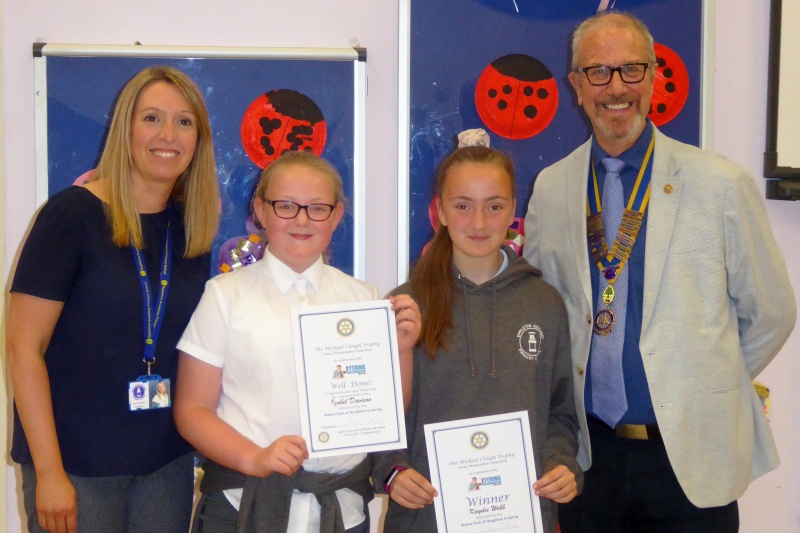 The first competition was held in 2011, to the theme of Life in the Coalfields.  It was fascinating to see how varied were the interpretations of that theme.

We don't actually have any coalmines left in the area but the phrase "the coalfields" was often used to define a specific geographical area of regeneration, incorporating Houghton and surrounding districts.

Second prize in 2011 went to Lucy Steel for here photo entitled "Pit to Pitch". Although technically Lucy's photograph of the Sunderland Stadium of Light is outside the boundaries of "the coalfields regeneration area" the judges allowed it because it clearly illustrated the change of some sites from coalfield to modern leisure facilities. They were impressed by her manipulation of the colour, concentrating on black and white for the bulk of the photo and only highlighting the red of the wheel and the Football Club crest. "Pit to Pitch" by Lucy Steel

The winning photograph "The Sisters at Dusk" by Alex nostalgically reminded us of the elements of our landscape that have remained constant throughout recent changes. This clump of trees stands on ground which contains Neolithic remains. Anyone standing there over the centuries could have watched the mines grow out of an agricultural landscape and slowly disappear again but the hill and the trees remain relatively constant. Alex chose to present this idea through the use of sepia colouring in a beautifully composed picture. The presentation of the winners awards took place at Houghton Kepier School with President Alan and IPP Mick.

2012 will always be associated with the Olympic Games in London. The sports theme was taken up by the photo competition. This year the winner was Callum Parkes with an energetic image of a boy on a mountain bike. The judges complimented how the photographer had anticipated the moment when one wheel was in the air and had increased the drama with a very low angle shot. They felt that the composition was improved by the narrow portrait cropping. The choice of a rough, casual, black border added to the dramatic use of black and white printing.

Sadly there was no competition in 2013 because Mick was suffering from a serious illness which eventually took him from us that year. The Club were determined to continue the competition in his memory. Mick had introduced Bernard to Rotary and it was appropriate that Bernard should take charge of the competition.

It seemed an appropriate time to re-vamp the whole concept. It was decided to expand the number of schools involved, while at the same time developing a more formal link with the Rotary GB&I's own national youth photography award.

The Rotary GB&I competition required that all local judging followed the same theme and rules. Instead of a single photo each entrant was required to provide a portfolio of three photos. The selection of the best would then pass to a District Competition and the winner of that would be judged in the National Finals. The theme set by Rotary GB&I for 2014 was "People".

In 2014 the invitation was extended to more schools in our area and nine local schools decided to take part. The school could submit as many entries as they wished. All entrants received a "Well Done" certificate. A special Award was given for the best from that school. The final winner of our club competition would receive a book token and trophy to keep and the School received an engraved shield to display for a year.

Judging was held in the Chilton Hotel and the judges had a hard time selecting the best overall group of three photos. There were individual photos which impressed but sometimes a weaker photo in the same group pulled the result back. The eventual winner was Reuben James of Eppleton Academy Primary School. Our favourite from his portfolio was an imaginatively framed portrait of a friend with Penshaw Monument in the background. Reuben was the first recipient of the new Michael Clough Young Photographer Trophy. He received his award from The Mayor of Sunderland with Pam Clough in attendance. But that wasn't the end of it. His group of three photos went on to win the District 1030 Competition. Barbra Midgley, in charge of that competition  attended a club night to present Reuben with his Regional Trophy. Congratulations Local primary schools were invited to take part in our Michael Clough Young Photographer Competition. This year, pupils had to produce a set of 3 photographs on the theme of "Light up the Community". The winner for 2015, Demi-Leigh, received the Winner's Trophy, Certificate and £25 book token in a school assembly, presented by Club President, Geoff Pratt. The winner's school, Eppleton Academy Primary School, also received a trophy which they retain for a year.