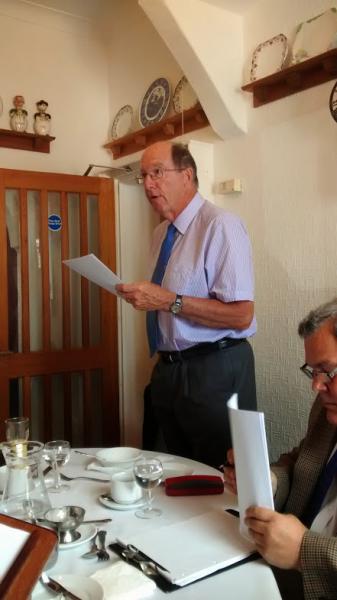 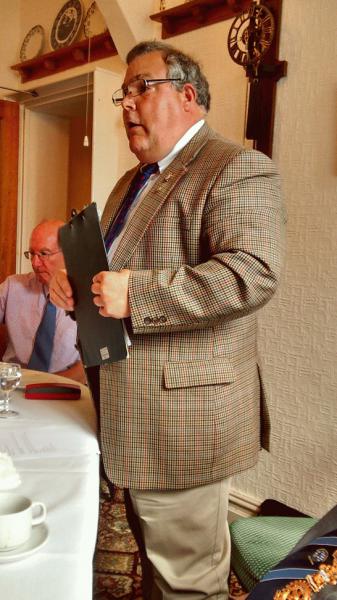 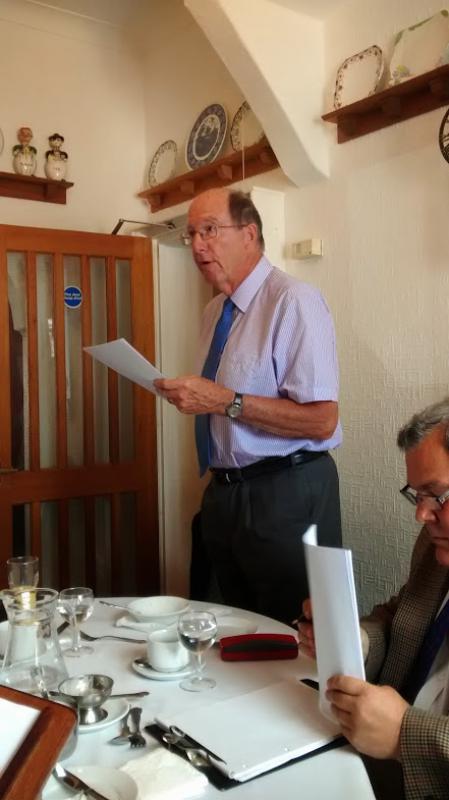 President Elect Ted Fenton (left) presented the club with an action plan which features over 20 activities and he asked that all members work together to deliver the plan as well as they can in the next Rotary Year which begins on 1st July 2014.

Ted described it as an ambitious yet manageable programme that attempts to embrace Rotary’s Strategic Plan, Avenues of Service and also to support the District Goals for 2014/2015 that the DG Elect, Roger Mason has set as his preferred aims.

Ted said “The RI President for the forthcoming year, Gary C.K.Huang from Taiwan, has given us the theme Light Up Rotary and that is what we must strive to do.

“Our numbers of members, our ages, health, availability and alternative commitments will affect how we meet the challenges ahead, but I’m sure our fellowship, goodwill and desire to serve and succeed will enable us to achieve as much as we can.”

Ted then went on to list the activities that will hopefully help local people and those further afield in the new Rotary Year.

He added “Members’ availability to be active and involved in our projects and events is unpredictable but it would be good if all of us can look back, next year, and say 'I was part of achieving at least one thing in our club’s Action Plan'.

“District Governor 2014-15 Roger Mason, at District Assembly, remarked that we must go forward, ‘ Achieving the right balance of Continuity and Change ‘.

“We have agreed to make changes, hopefully they will work, and more change where considered as beneficial is likely.

“In finishing I would like to read to you some words of the song given to us by the Rotary Club of Taipei Grand Park, the club of the next RI President.

‘It’s our Rotary, we have no fear facing any obstacle. Let’s cherish every opportunity to contribute.'

Assistant Governor Larry Branyan thanked Ted for his presentation and wished the club well in its endeavours. He said the key to achieving the goals outlined by Ted is fellowship between the members. “If you make that a priority you will achieve all your aims and enjoy your Rotary.”