A Hands-On project adopted by the Club to help dementia sufferers in Rotherham.

ROTARIANS EASING THE PROBLEMS OF DEMENTIA (REPoD)
In the autumn of 2012, our Club agreed to support this Rotary GB&I project; specifically to attempt to bring Admiral Nurses to Rotherham. They are Registered Mental Health Nurses with specialist knowledge of the 200 various types of dementia.

They work with family carers and people with dementia in the community and other settings. There are 82,000 people with dementia in the United Kingdom (3,500 in Rotherham). The diagnosis rate is 59% (Rotherham's diagnosis rate is 62%). Two thirds of these people are living at home and most are supported by unpaid carers who save the country over eight billion pounds. The economic cost of dementia is more than the costs of cancer, heart disease and stroke put together.

Approximately thirty relevant people or organisations had been contacted by May, 2013. All supported the idea of bring the Nurses to Rotherham. Len Wilson and other members, having made a good case, then met with representatives of the Rotherham Clinical Commissioning Group, who were very positive, but asked that we should quantify the cost and also justify the need. Unfortunatly the proposal was rejected by the Rotherham CCG on the grounds that they couldn’t afford it, despite the fact that other authorities had shown a net saving of around £½million in six months. However, Len Wilson now says that the authorities may at last be coming round to seeing the benefits of Admiral Nurses.

Having heard Len’s complaints at a Community Service Committee meeting David Coldrick suggested the Club may consider taking the lead in the development of a memory café in the Kiveton Area.

Subsequent discussions with Elizabeth Blackburn and Liz Hopkinson, Dementia Support Officers for the Alzheimer’s Society AS in Doncaster and Rotherham, ascertained their support including providing appropriate professional advice at the café. Four club members then formed a steering group in the name of Kiveton and South Rotherham Memory Café with an approved constitution.

After some months sourcing funding and getting a bank account, South Yorkshire Community Foundation arranged a grant to cover first year costs of £1300. A suitable venue had been found to run the café at Kiveton Park and Wales Community Centre and it opened on 3rd October 2016 with the mayor, Cllr Lyndsay Pitchley in attendance. Two hour sessions now take place on the second Monday of each month starting at 1.30pm. David Coldrick offered the support of a member of his staff to help with the café as well as a health professional from AS.

A minimum of six Rotarians is needed to volunteer to staff the monthly sessions but the intention is that, in time, our commitment will be reduced as more volunteers from the area are recruited.

A separate page with news and events at the café has been added to the website.

more News and events at our new REPoD Café 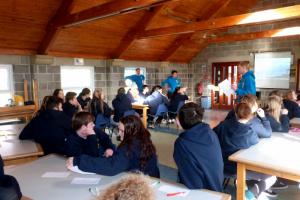 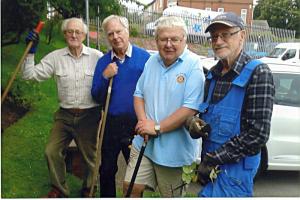 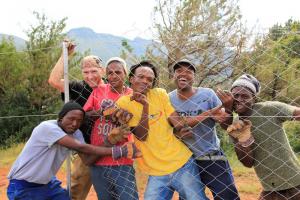