The start of Our Christmas Season. 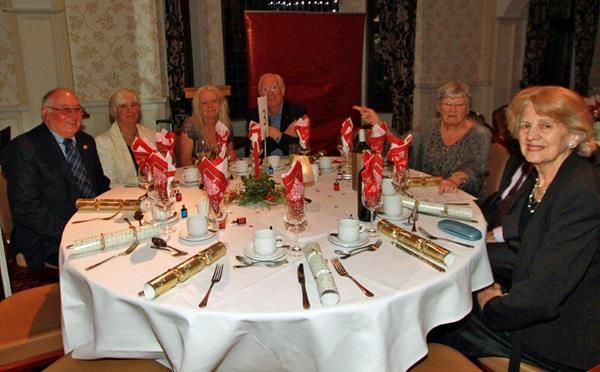 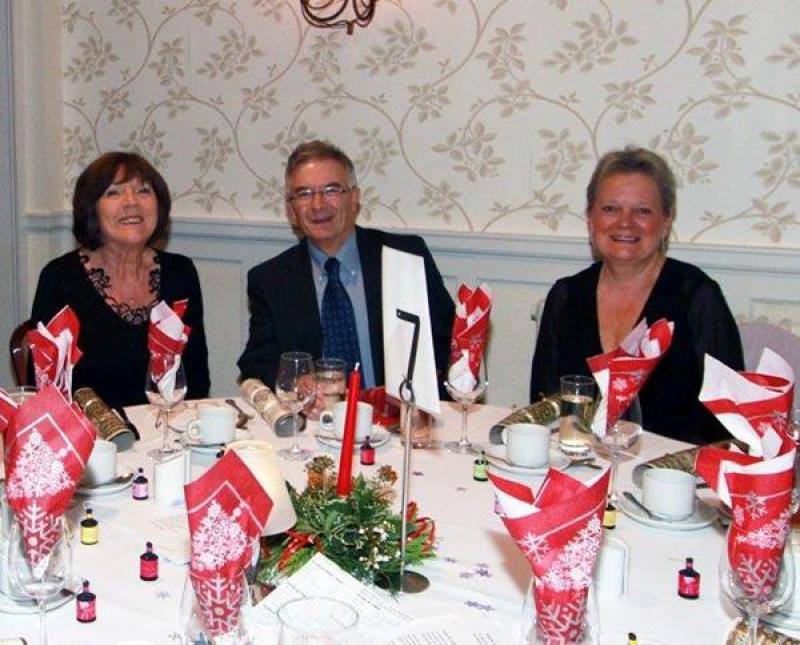 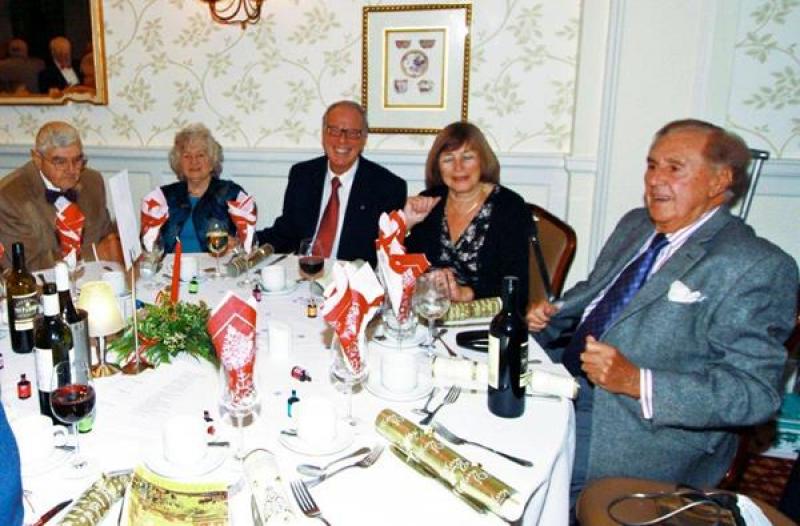 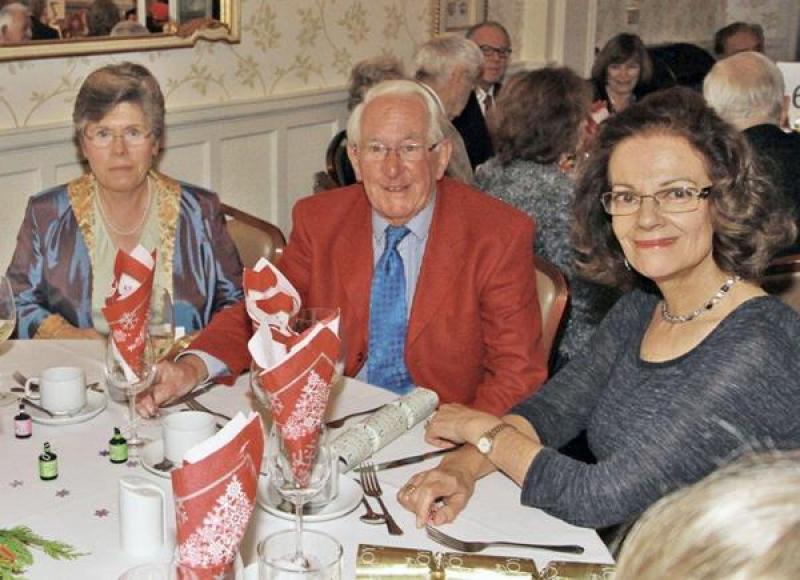 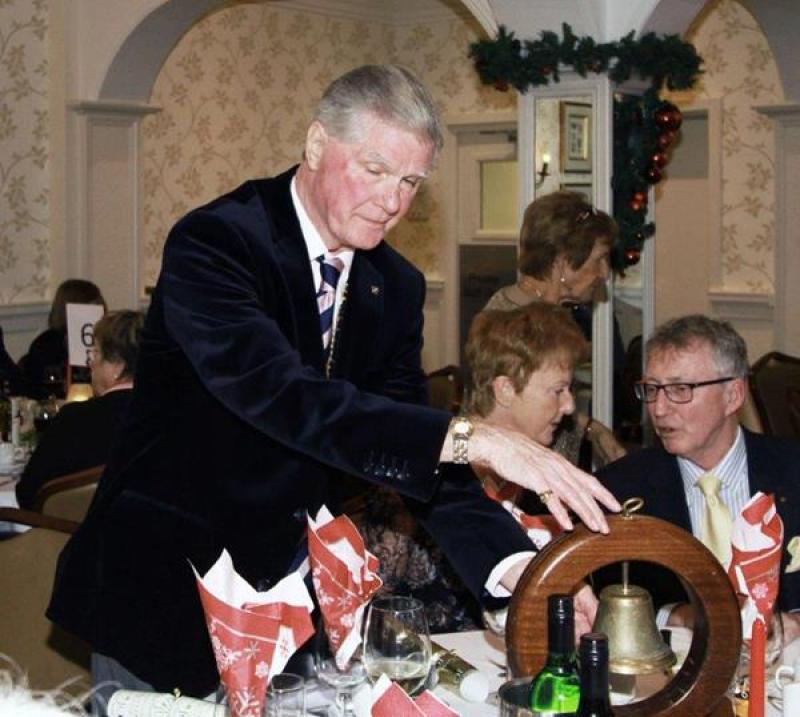 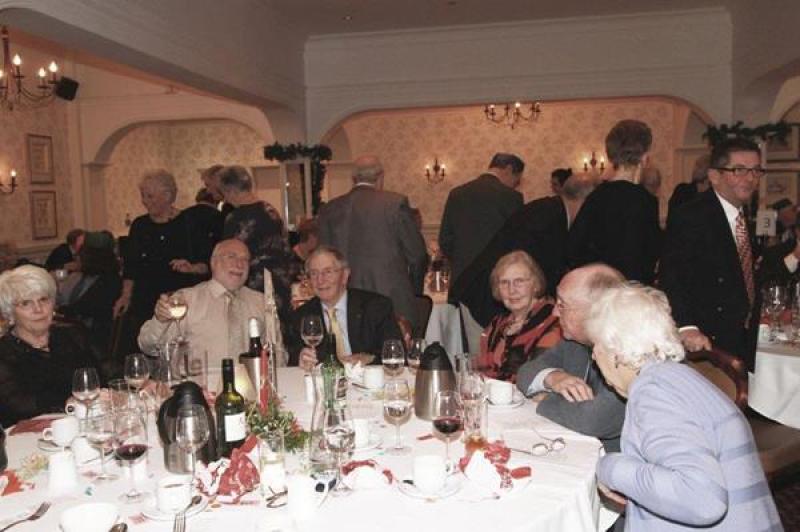 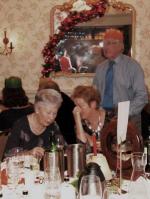 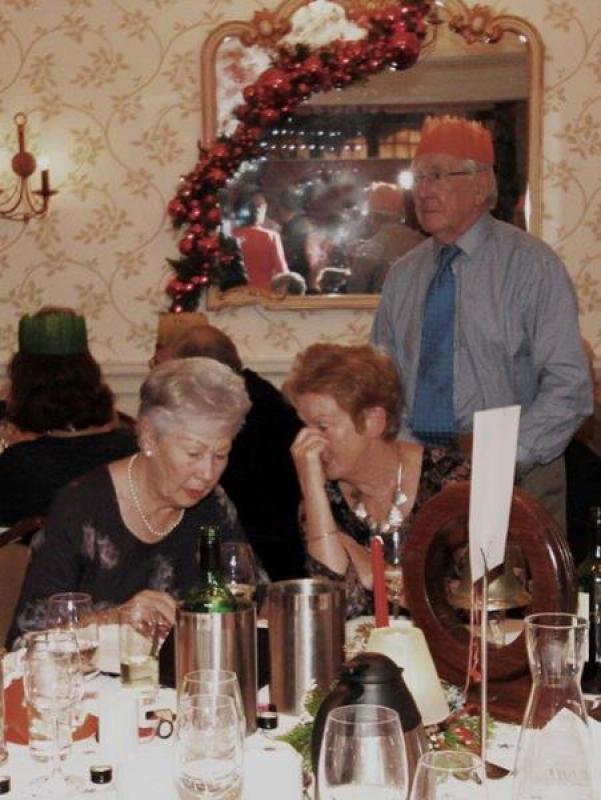 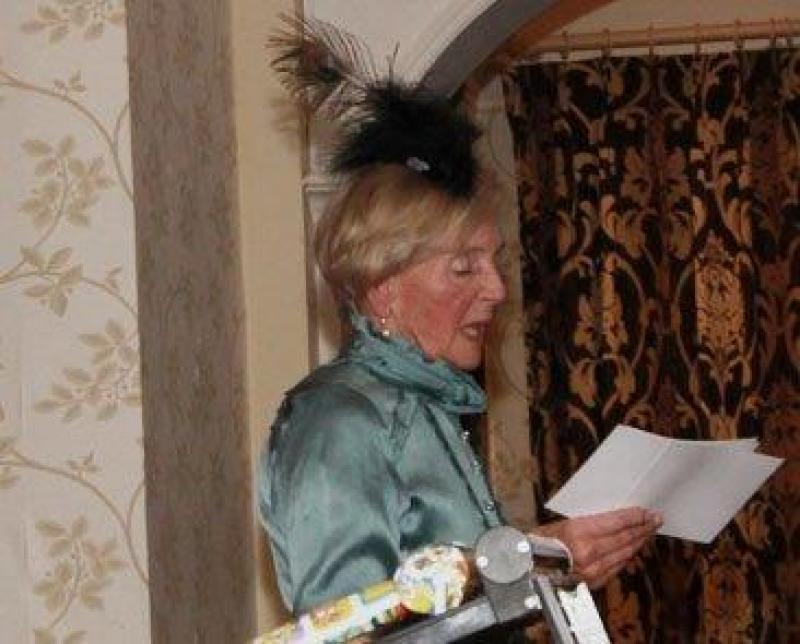 The annual Christmas Party was at the Crown for the first time and with a slightly earlier start time in order to fit in the surprise entertainment. This was a poorly kept secret as Shirley's Troupe had been practicing for a few weeks.

Tony organised the evening and his table plans with designated 'table monitors' meant that the usual frantic muddle was missing but it was certainly not missed. We started with a traditional Christmas dinner with real turkey (not sliced packet breast) with all the trimmings. All agreed that presentation and flavour were superb. The rest of the meal was well up to standard and when the time came for the entertainment the audience all settled down well fed and lubricated.

Ray started up the sound system, his weeks of work proved faultless, and we literally kicked off with four Lambeth guys and four Lambeth girls entering performing the Lambeth Walk followed by 'My Old Man Said Follow the Van'. The syncronised dancing was possibly not quite professional or syncronised  but fun. Yes it was an old time music hall (roughly) with Tony Roe the olde tyme  M.C.  There followed a number of sketches, mostly well known and well loved, with  John Crocombe in top  form. Her had the audience joining in with 'My Bonnie Lies over the Ocean' and insisted that those who could stood up whenever a word began with a 'B' . Gradually fewer and fewer complied - possibly due to health, food and alcohol related reasons but some too weak with hysteria. We also had our Pat Porter asking us 'Please Don't Invite Me to the Wedding' and John Robinson reading out a tale of 'Fifty Shades of Grey'. John C also covered a Tommy Cooper sketch involving him performing about 20 different roles and wearing in turn that number of hats - or attempting to - with Clive Rutland assisting from the wings. We also had Keith Harris and Orville with Tina dressed and made up remarkably like a duck in a giant nappy flapping her wings while sitting on Tim's lap while they sang 'I wish I could fly'. Definitely having some of the audience in tears, of laughter.  The closing session was Shirley, Penny Tina and Sally in really stunning outfits performing a selection of ABBA songs concluding with all the troupers joining in with Happy Christmas.

I WISH I WAS ABLE TO PUT UP SOME PHOTOS OF THE ENTERTAINMENT BUT RAY WAS FULLY OCCUPIED AND WE JUST SEEMED TO FORGET!!!   Do you have any pics of the evening? Is so please contact me and your reward may be to see them on this website.     John R