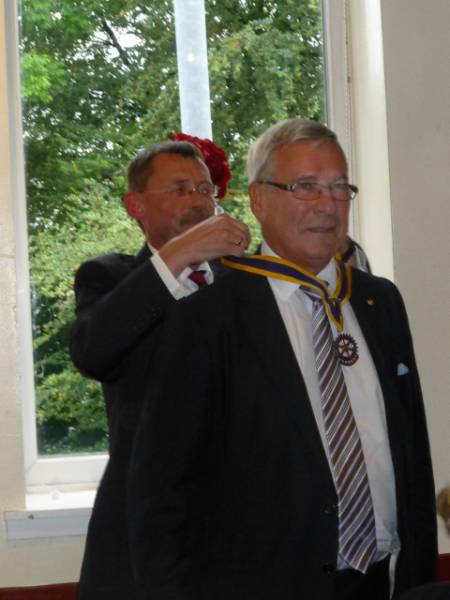 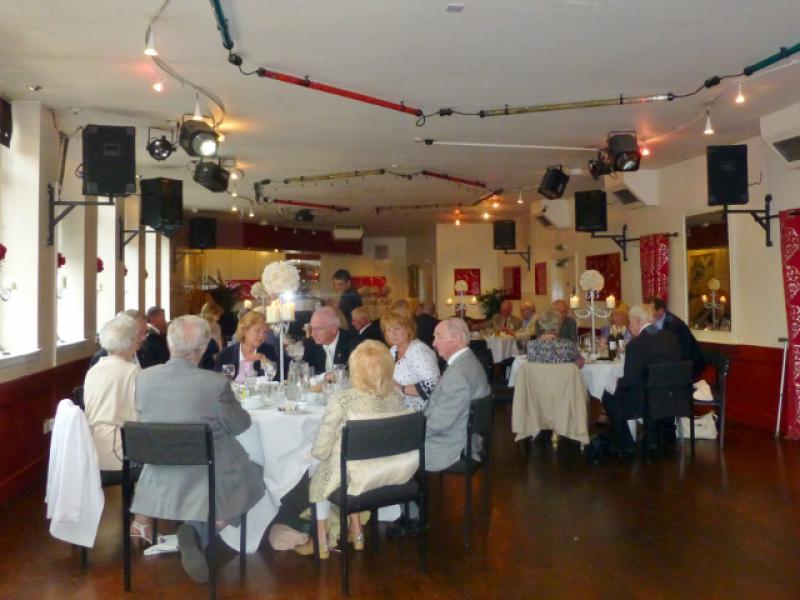 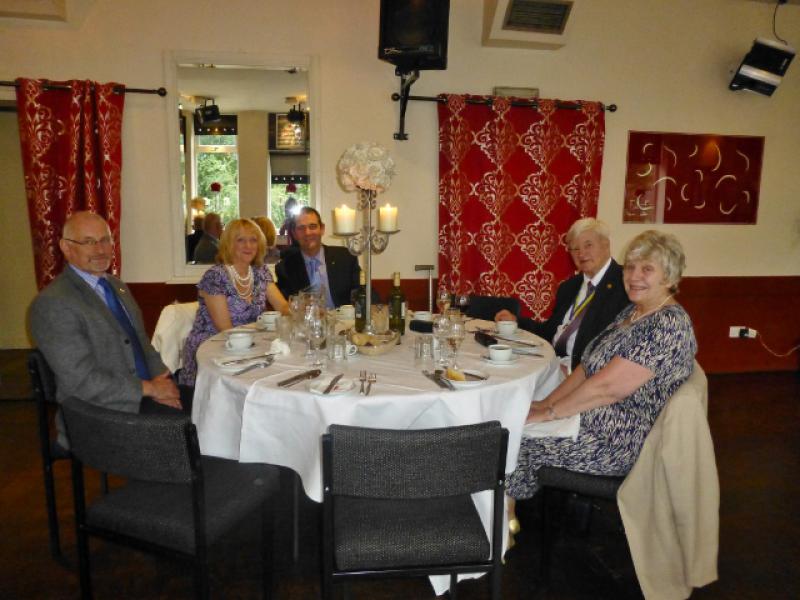 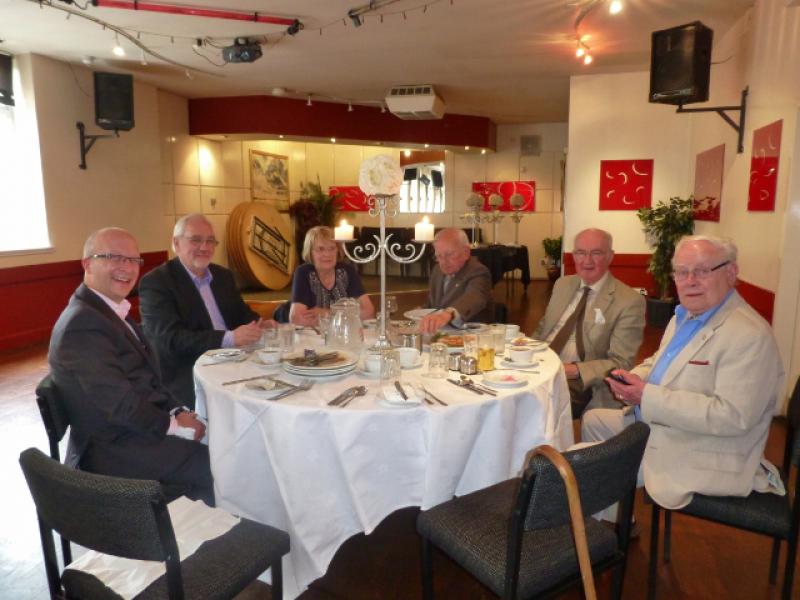 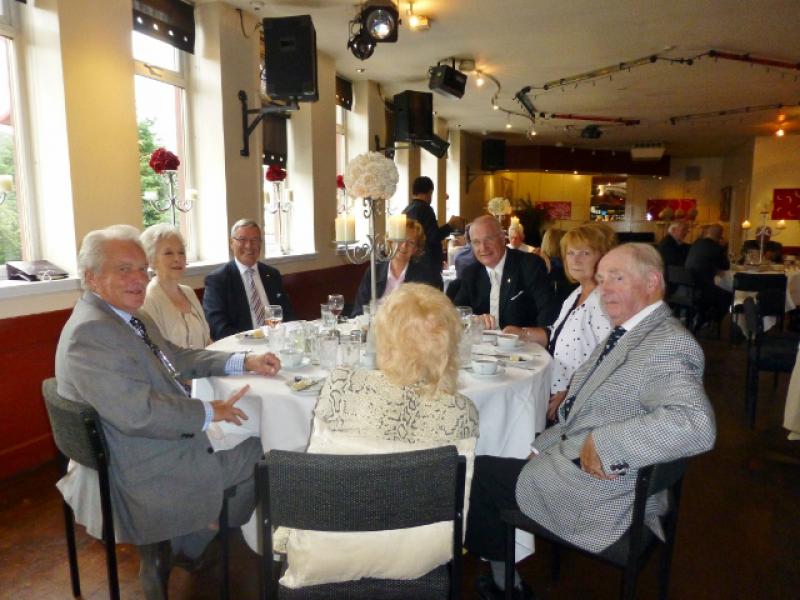 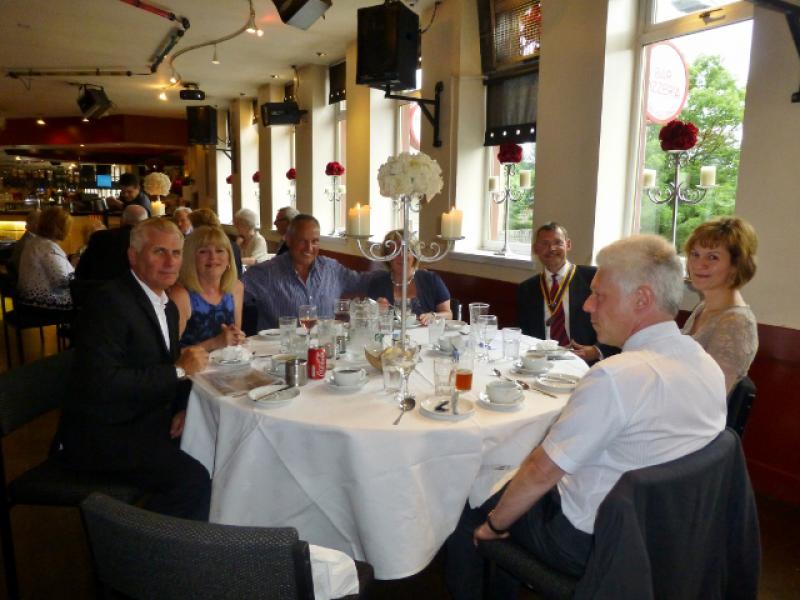 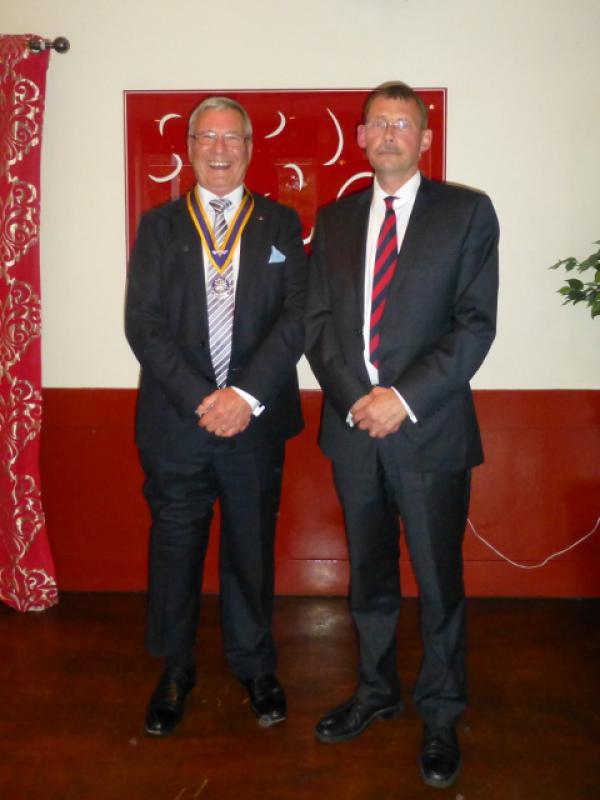 Wednesday 25th June marked the end of the 2013/14 session for Cambuslang Rotary Club and in an excellent turnout 27 members and guests met for the clubs annual handover dinner.  After a pleasant meal President Bob McDougall in typical entertaining style introduced next sessions incoming president Robert Dickie before formally handing him the presidential chain of office.

Robert in his turn congratulated Bob on presiding over an enjoyable and successful year in the life of the club and presented him with his Past Presidents badge. Robert then went on to outline his aims for the next Rotary year and his hope that the club will strive to be able to provide help both locally and internationally and in doing so have pleasure from working together. The club already has plans in place for a number of social and fundraising events which will culminate in April 2015 with a Sportsman Dinner in support of two of the main charities for next year- Sense Scotland and The Prince and Princess of Wales Hospice.

more The Rotary Club of Cambuslang held their annual Burns Supper on Saturday 22nd January at the Cambuslang Institute.

back A selection of pages showing meetings and events from the last few years. The photo from 2011 was taken when the club was presented with the Rotary International Presidents Citation