A special evening meeting focussing on Youth Service. Our Guest speaker is Angus Hogg whose topic is "Playlist for Life" 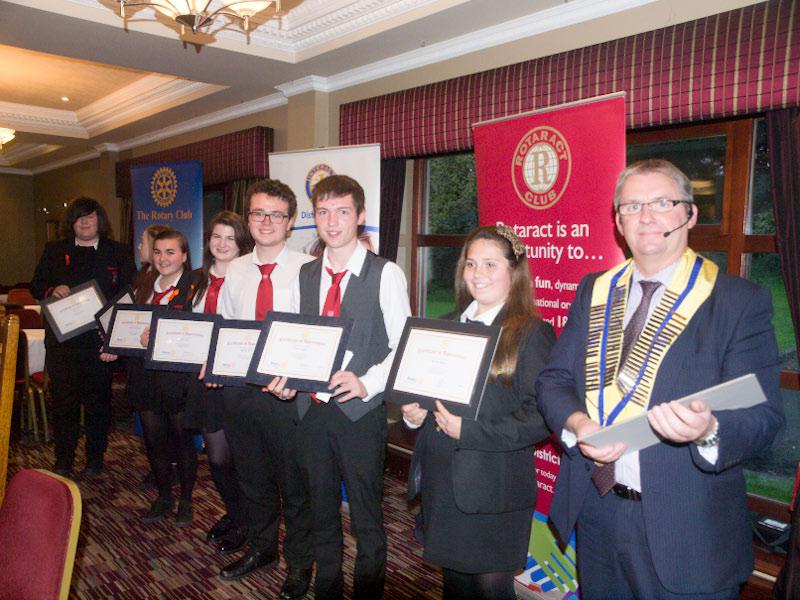 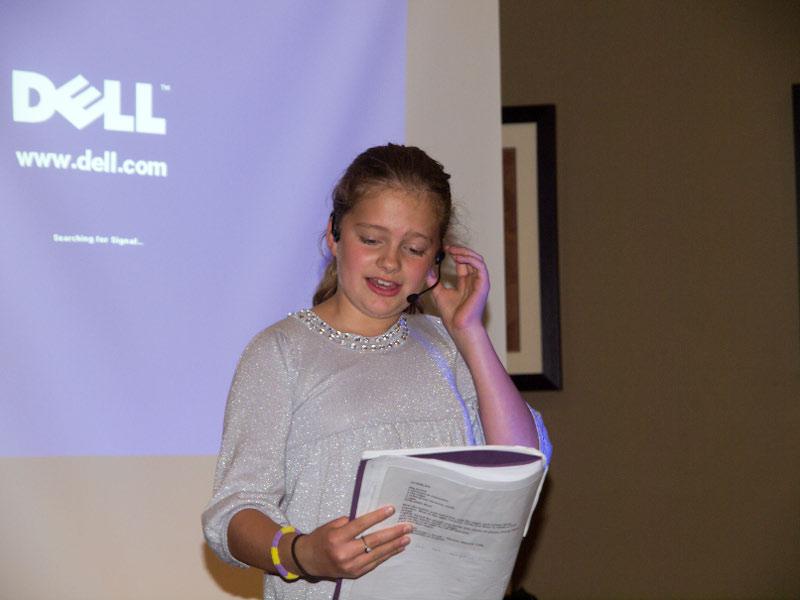 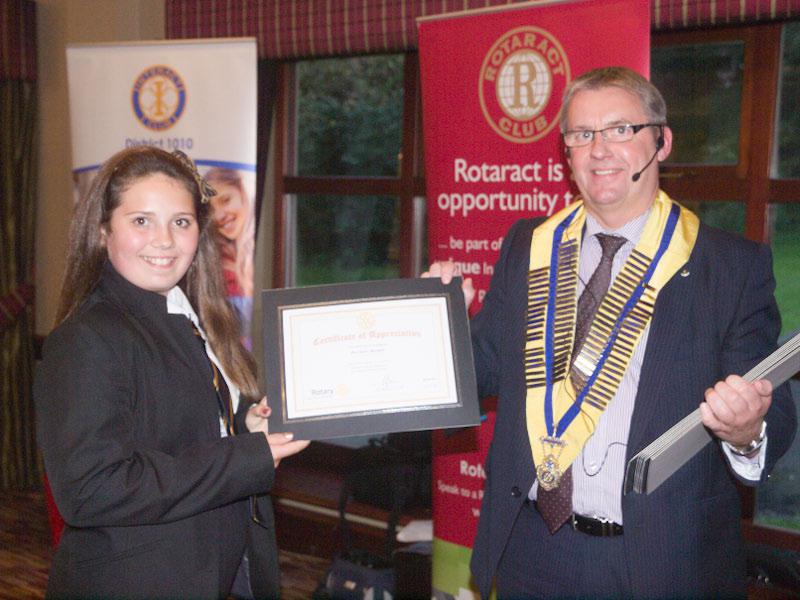 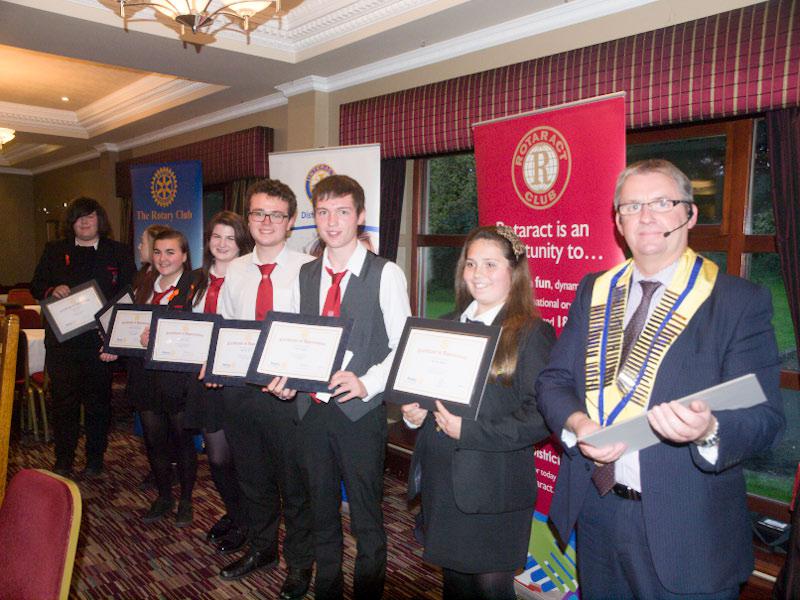 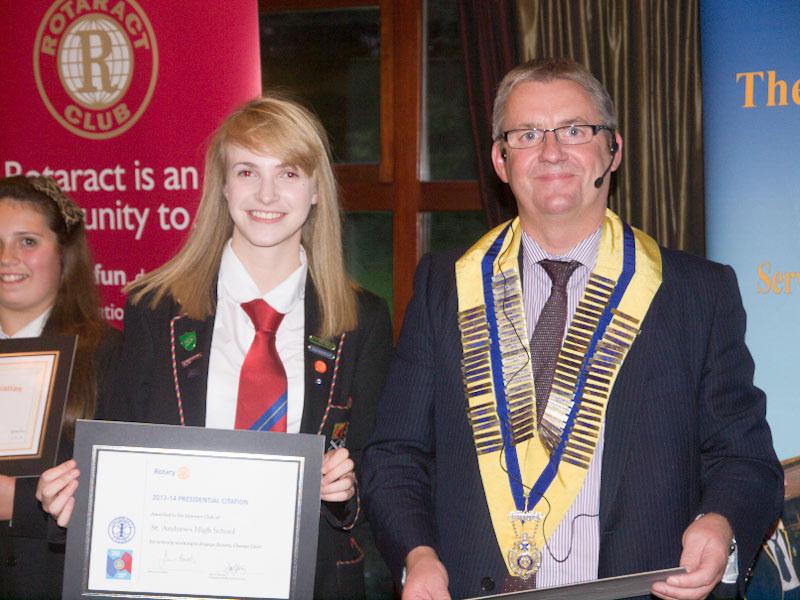 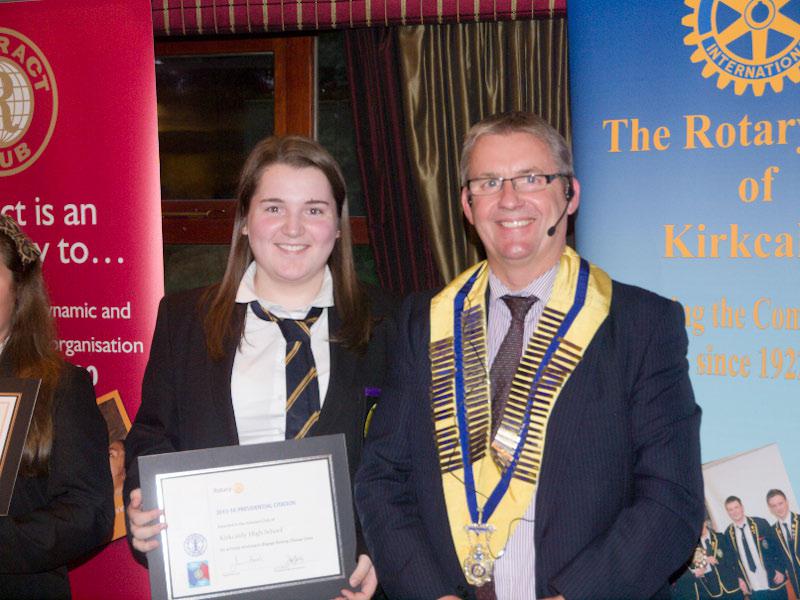 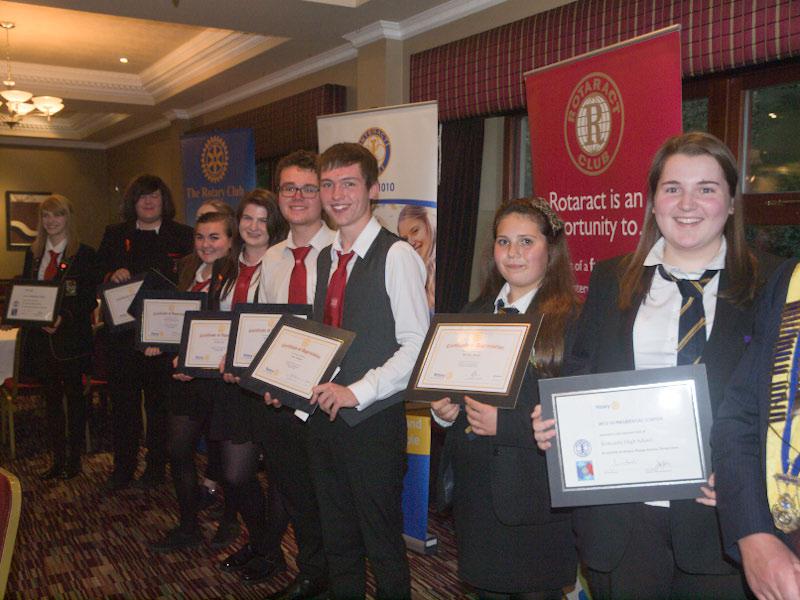 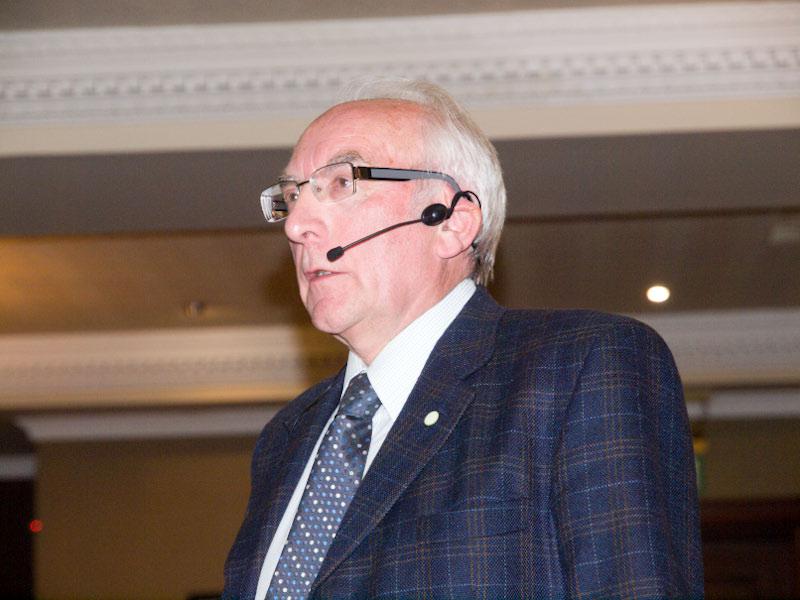 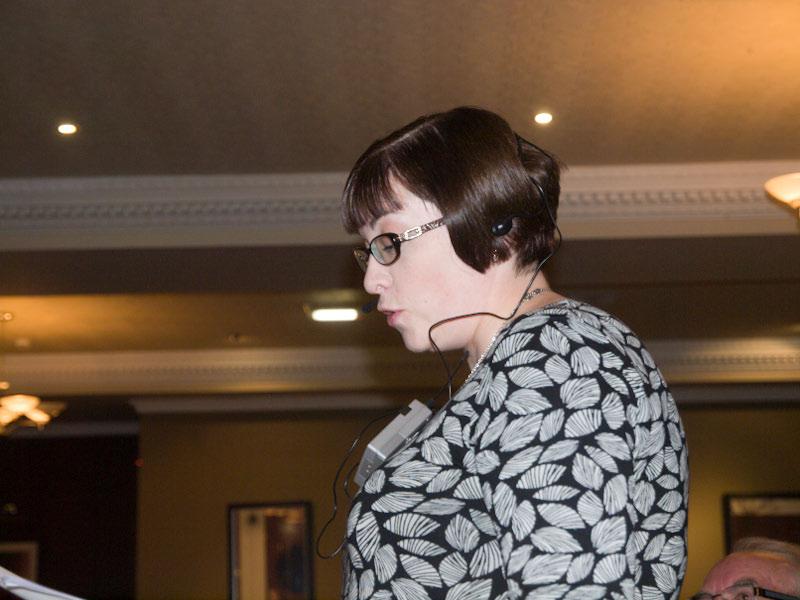 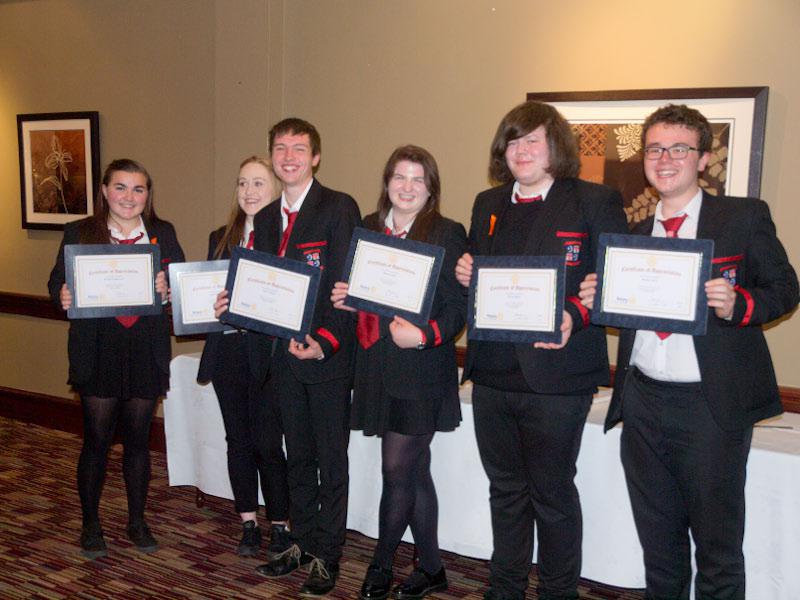 President Brian Munro welcomed everyone to one of the Clubs special evening meetings. The focus was Youth Service and for the occasion the members present welcomed 25 guests.

Sadly, the meeting opened with a minutes silence to remember Alan Suttie, who died on Sunday. Alan had been a member of the Club since 2005 and was tremendously active in International Projects particularly in support of Patandi Training College and as the driving force behind the production of a book for schoolchildren in Tanzania highlighting the plight of albinism. He will be sorely missed.

Following dinner, the meeting was treated to a vivid short story, telling of Mary Queen of Scots departure for France as a frightened 6 year old girl. The story was delightfully read its author - Eve Trewevas of Dunnikier PS who, in competition against 88 other clubs, was winner of Rotary Young Writer for District 1010.

The Club then went on to mark the contribution made by local young people by presenting certificates of appreciation to pupils from Balwearie High School and the Interact Clubs of Kirkcaldy and St Andrews High Schools, who had helped out with the Christmas Party and Kids Out day. Presidential Citations were also made to their Presidents Megan Craig and Sorcha Wood.

The evening finished with a moving and inspiring presentation by Angus Hogg and Fiona Harrow about the charity Playlist for Life which is currently being piloted in Dunfermline, supported by the Rotary Clubs and Abbey Church there. The charity was founded by Sally Magnusson in 2013 following her experience of her late mothers dementia and her call for change in the way people with dementia are treated. Her researches took her to the USA and what she learned of the power of music as a therapeutic treatment there, led her to found a charity which could bring these benefits to dementia sufferers here.

Fiona, a Board member for the Charity, explained how a unique playlist of music personal to the person with dementia is created. This can then be listened to on an ipod and shared with family. Music can help to stimulate memories, restore a sense of identity, bring calm and even reduce the need for anti psychotic drugs.

After a video which potently demonstrated the potency of this therapy, Angus went on to describe the pilot project in Dunfermline - donating equipment, fundraising for equipment & training and downloading music for the playlists.

PP Anne Mitchell brought the very full evening to a close with thanks to all the young people who had made it so special and for the very clear and moving presentation which had struck a chord with so many of the audience.