Members of the Rotary Club of Aalborg Oestre will be joining us to celebrate 50 years of Rotary fellowship. 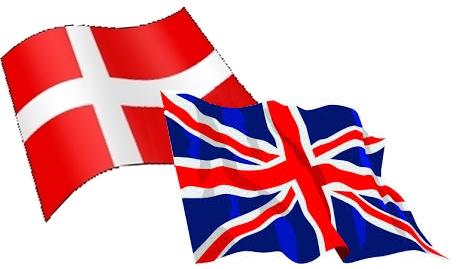 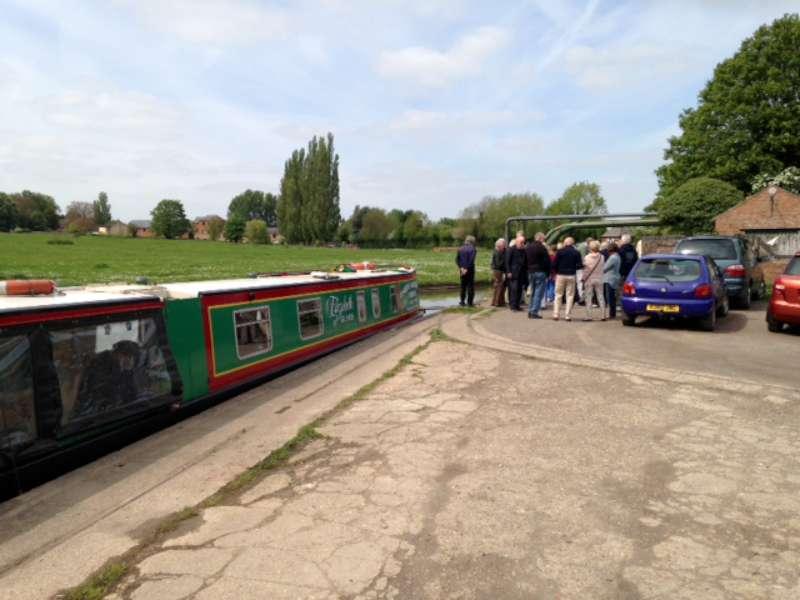 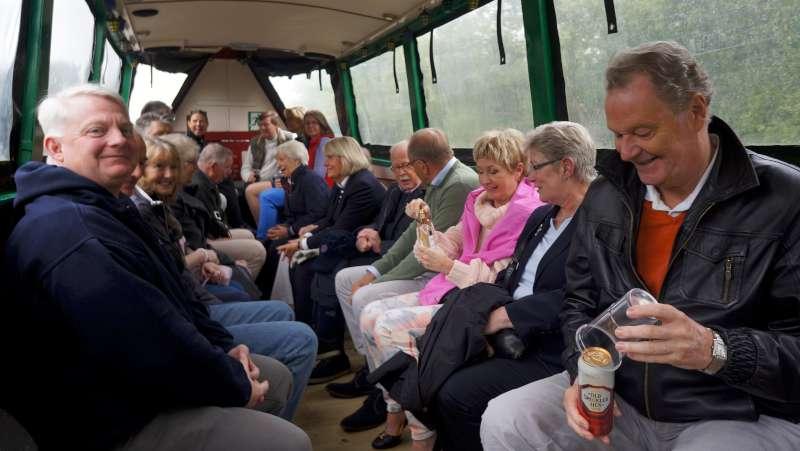 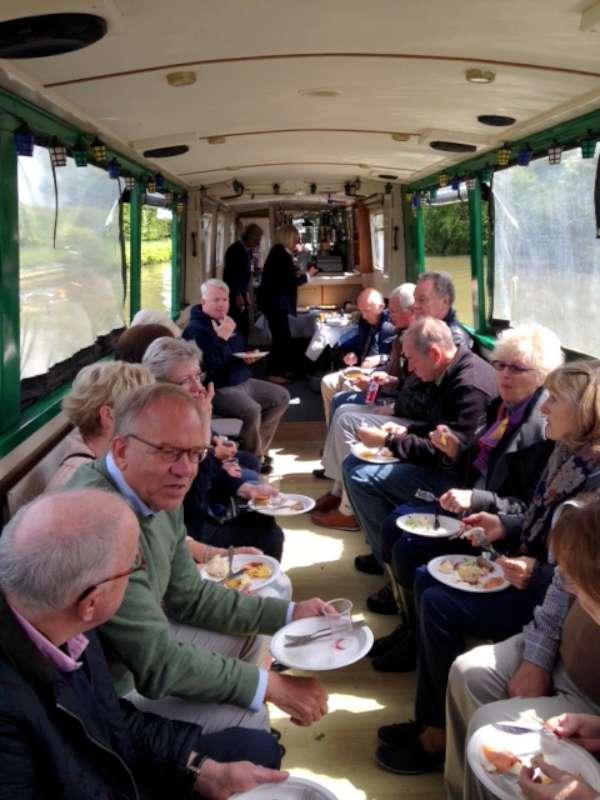 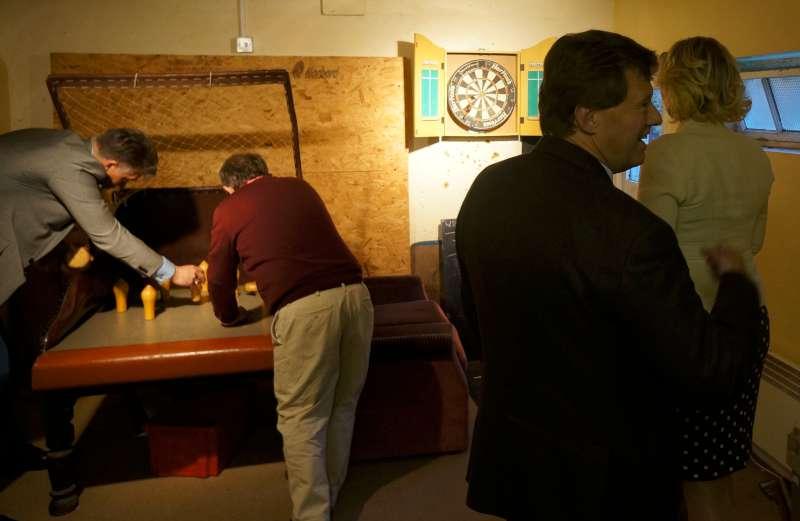 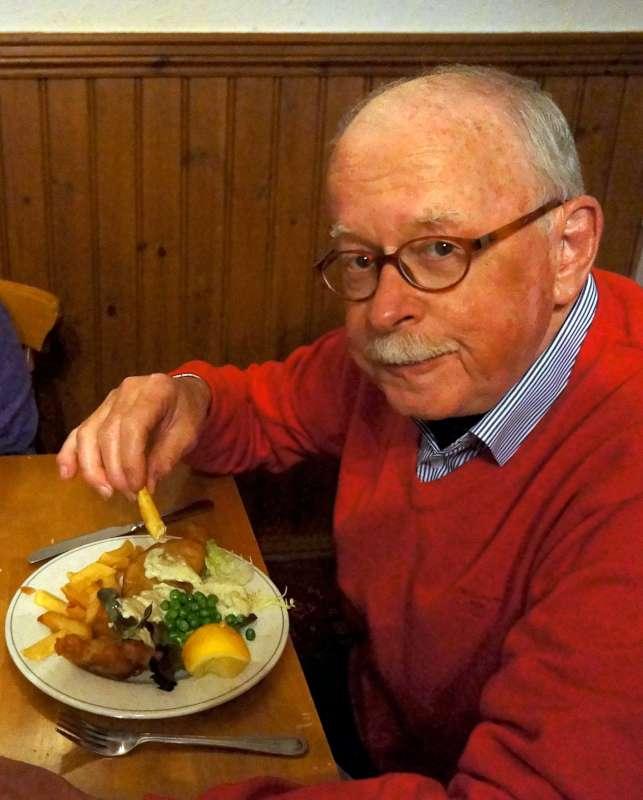 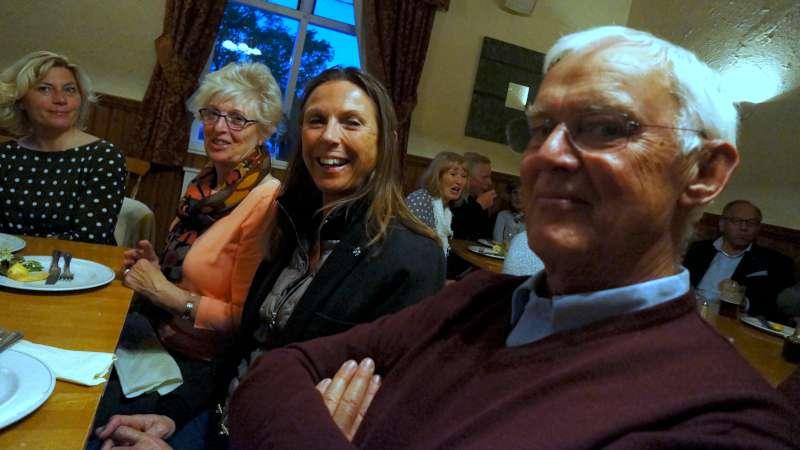 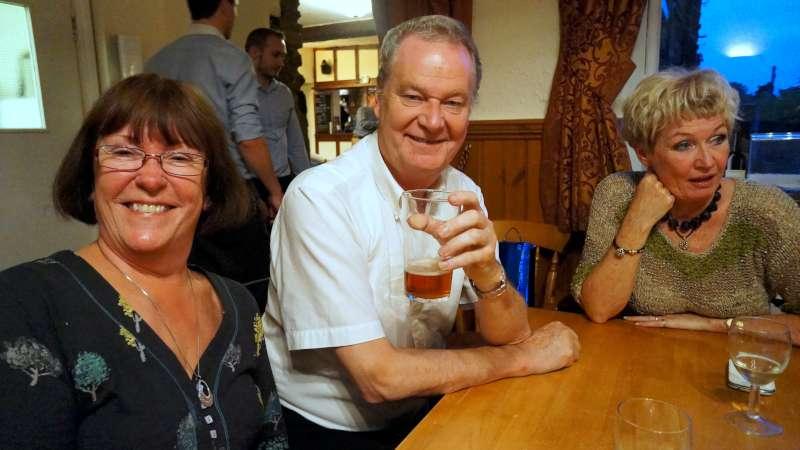 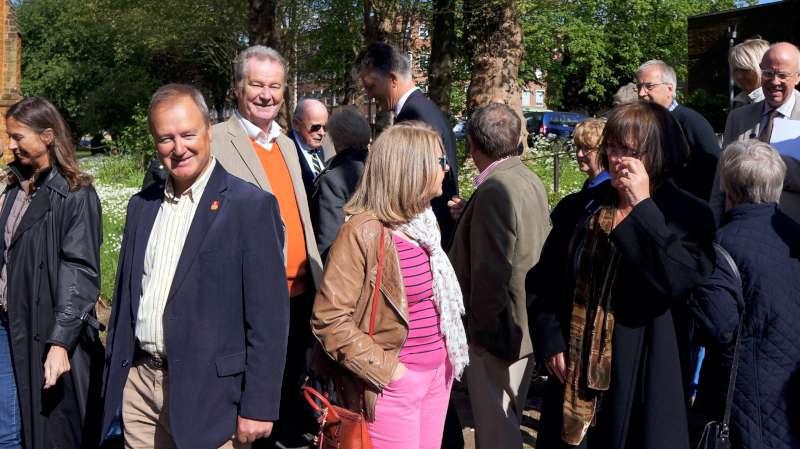 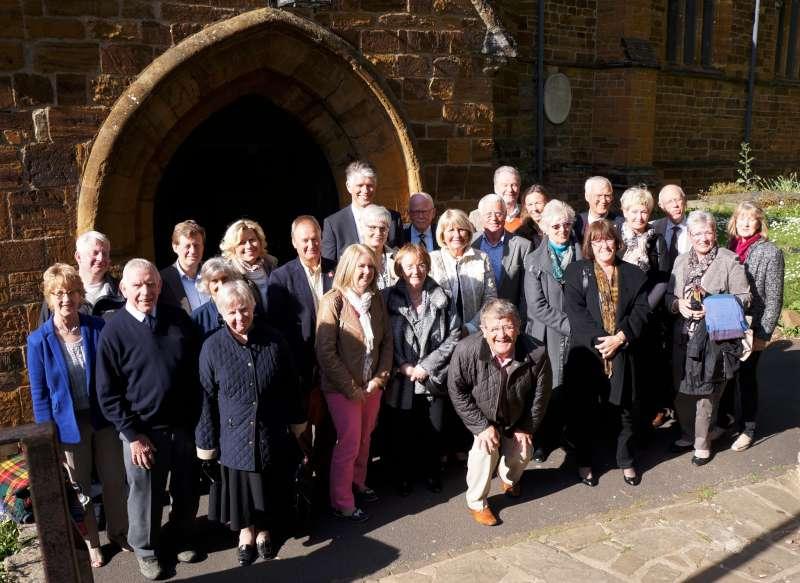 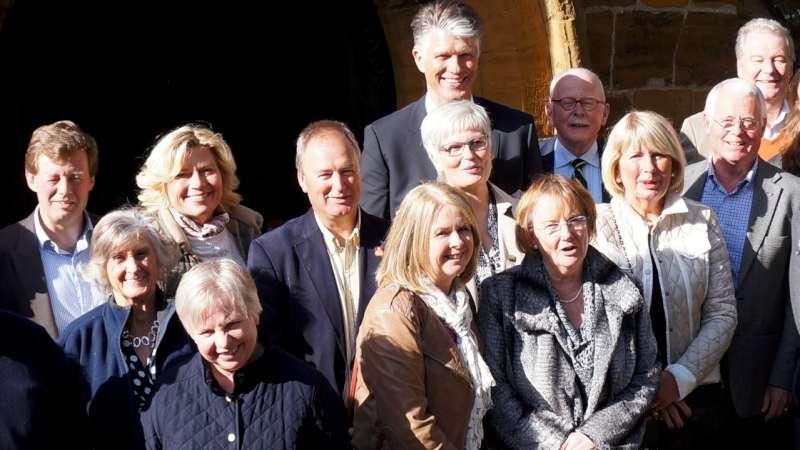 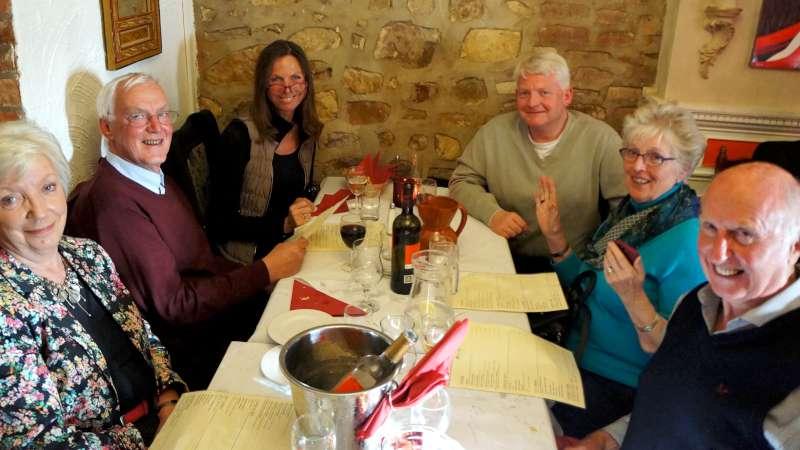 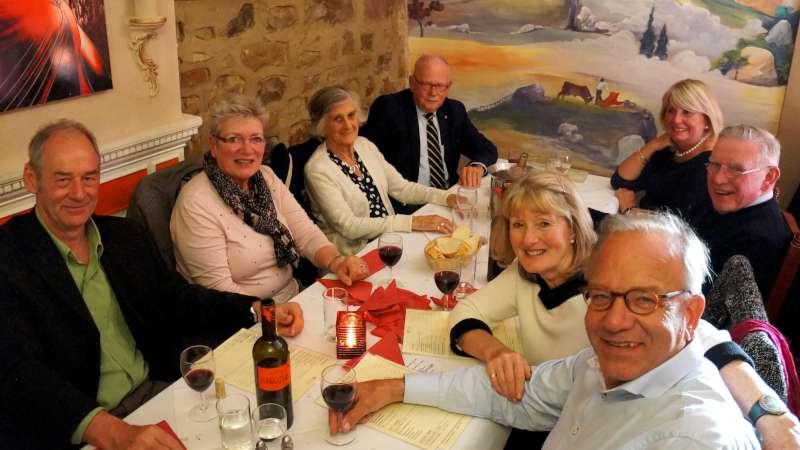 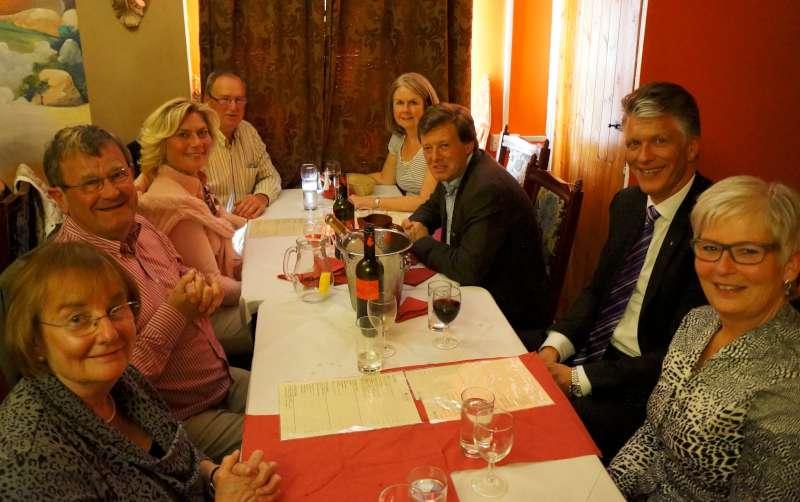 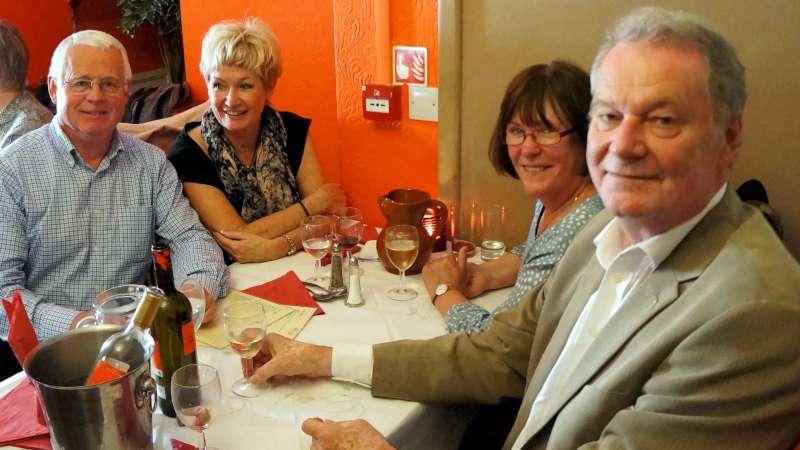 A key feature of the weekend will be to keep everything relaxed and maximise the opportunity to have a weekend of fun and fellowship, staying with host families, who are looking forward to sharing the weekend with our Aalborg friends.

The 50th Year of the Danish Twin Club Exchange

Our Club had the great opportunity to host our old and new friends from the Aalborg Oestre Club over the long Ascension weekend from Thursday 14th to Sunday 17th May 2015.  To mark this significant milestone in our twinning relationship with Aalborg, an enjoyable programme of events was planned, based upon relaxed fun and international fellowship. The Aalborg Club have been advised that this twinning relationship is the oldest continuous arrangement in Danish Rotary history, and we suspect there are not too many older international friendships between Clubs from the United Kingdom!

The visit started on a wet Thursday afternoon, with our band of hosts collecting, in their cars, our guests from Gatwick. The inevitable return journey delays on the motorway were tempered by Gin & Tonics and good humoured chat, catching up with old friends and getting to know new guests, whilst sitting on the car park called the M25. New and old friendships were later cemented over a well-deserved supper, at the respective host’s homes that evening! The weather looked kindly upon us on Friday and, following a relaxed breakfast with hosts, we assembled at Cosgrove Wharf, where the “Elizabeth Glamis” narrowboat awaited us for a three hour boat trip and on board lunch cruising the Grand Union Canal.  Following a warm welcome to our Aalborg guests, on behalf of our Club by President Paul, we negotiated locks, crossed over the famous Georgian Iron Trunk Aqueduct which transported us and the canal some 11 metres above the River Ouse valley.  We glided under the gothic styled ston e Solomon’s bridge and traditional blue brickwork bridges, still marked by the tow ropes of centuries of horse drawn narrowboats.  Skipper Richard valiantly attempted to describe various features along the route, but, by and large, his commentary was drowned by the loud chattering of the assembled passengers!

What was left of the afternoon was spent taking the opportunity for guests and hosts to spend time together, relaxing in the sunshine, visiting old friends from the Club who have been involved in the past, or, in “big Henrik’s” case, searching for local handmade shoes to fit his 2.1 metre frame

Thursday evening we all met at the Royal Oak, Walgrave, for an evening testing out our skills on the Dart Board and traditional Northamptonshire skittles, followed by a Fish and Chip supper prepared by landlord Ian and his team, which was as excellent as ever.  This evening of pub games and supper has become a bit of a tradition in the twinning weekends.  A s many of you know, Aalborg have even built a replica in the basement of their Conference Centre, so that they can get some practise in!  Clearly, years of experience taking part in these traditional pub games competitions paid off and the evening’s winning team, which secured the bottle of Moet, was declared by our inscrutable judge Evan, to be the Mouritzens and Gowers!

On Saturday, after a morning free to explore Northampton’s sites with guests, we assembled outside the Holy Sepulchre Church in Sheep Street, Northampton, to experience a unique performance of Shakespeare’s “King
John”.  The setting of this play, in a very rare example of a medieval church built in the round to imitate the original example seen by the crusaders in Jerusalem, was doubly significant, as King John, during his troubled reign, would have trod in these isles whilst staying at Northampton Castle!   Shakespeare set several scenes of “King John” in Northampton, at a time of great political uncertainty, so, when the great West doors of St. Sepulchre were flung open to allow us to enter, it was with much expectation of what this new ambitious production, by the cast from the London Globe theatre and Derngate would produce. We were not disappointed. As soon as we passed through the west portal, we were instantly transported back into an ancient candlelit monastic knave, enhanced by the sound of medieval music, the smell of incense and the chanting of the assembled monks. We made our way to our seats, from which we were treated, by a talented company of actors and musicians, to a powerful and intimate performance, (you flinched when the steel swords whistled inches from your head!), charting King John’s struggle to retain the crown.  The production, marking the 800th anniversary of the Magna Carta, was a masterpiece, and well worth the risk of inviting our Danish guests to experience.  As one Dane remarked afterwards, the power struggles of the ruling classes and the political uncertainty hasn’t changed much over the last 800 years! d the day, following obligatory group photos outside the Holy Sepulchre, by strolling up in the sunshine to the new “Les Olives” tapas restaurant located at the top of Sheep Street for post theatre Sangria and a farewell dinner.  An excellent range of freshly prepared tapas dishes were served by the friendly staff in a relaxing ambience.  As had been observed all weekend, friendly chatting and joking prevailed over the meal and it was with some reluctance that we had to conclude the evening to allow the drivers to join in the night caps back at the host’s homes!  This was not however, before Clive, our acting Danish organiser for this year, closed the weekend with a message marking the significance and history of 50 years of this Twinning relationship and the importance of International Friendship and Fellowship between Clubs, which sets Rotary apart from many other service organisations. A response was given by one of the new Aalborg Rotarians to these weekends, Henrik Andersen, (“big Henrik”).  He also reminded us of the historical context of these Twinning occasions and touched on the unique privilege of being invited to share a weekend with fellow Rotarians in their homes, giving the guests a better understanding of real life in England and sharing quality time with like-minded Rotarians and their families.

Finn Thyge, the Aalborg Liaison Officer, concluded the evening with the presentation of a surprise gift of a Danish designed stainless steel salad bowl, suitably inscribed, marking the 50 years of twinning between our two Clubs, which was accepted, on behalf of our Club, by President Paul Bundyford.

Following a hearty Sunday breakfast, the volunteer drivers returned our guests to Gatwick, or saw them on their way to Oxford or London, depending upon the various itineraries our Danish guests had planned. 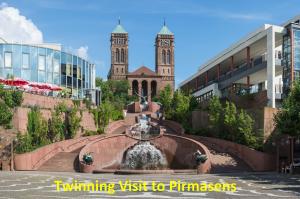 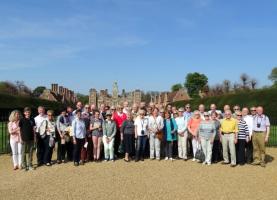 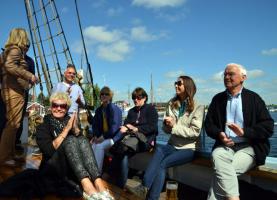 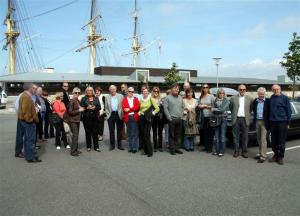