Santa's Sleigh makes a welcome return to the streets of Pinner 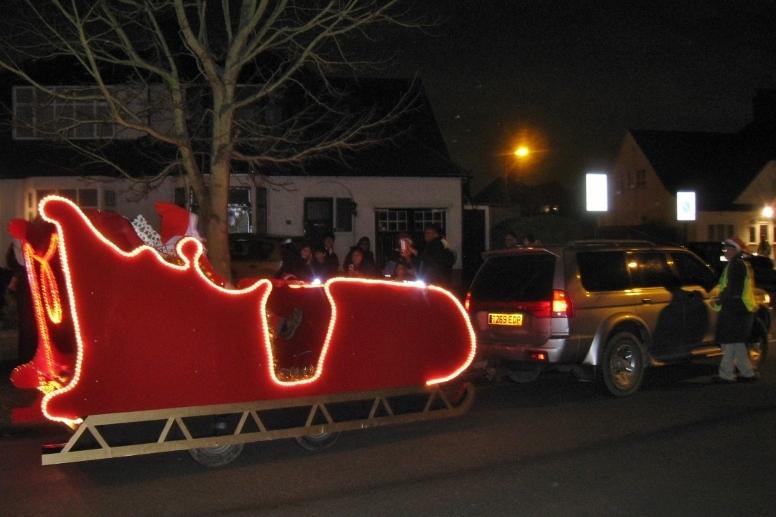 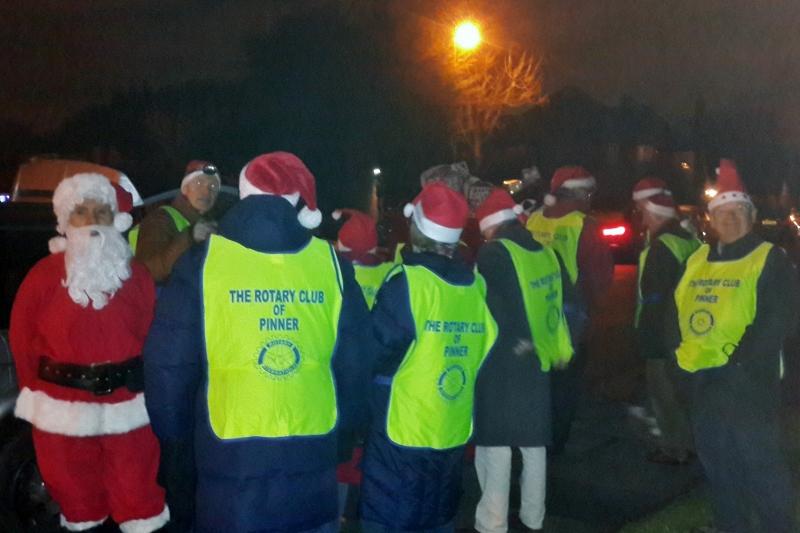 Santa with his helpers 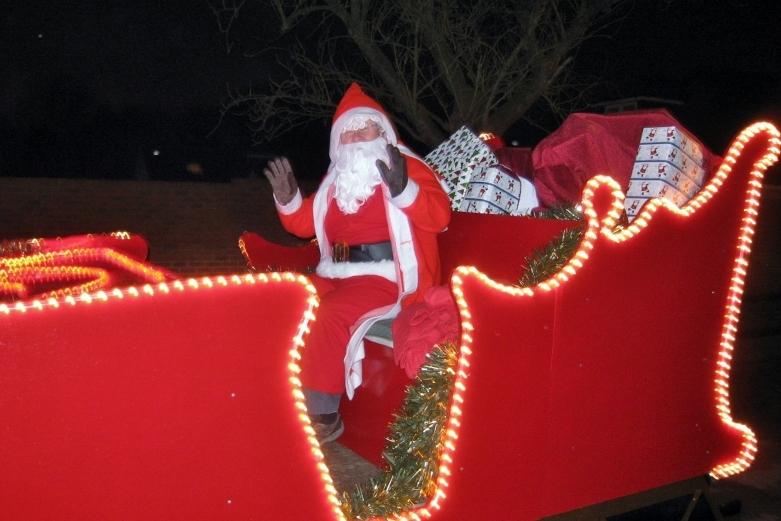 Ready to welcome everybody 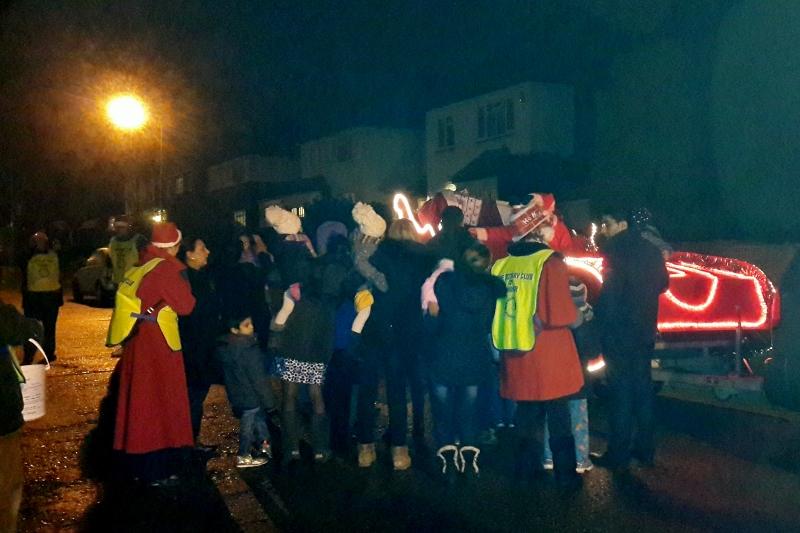 The crowds came out 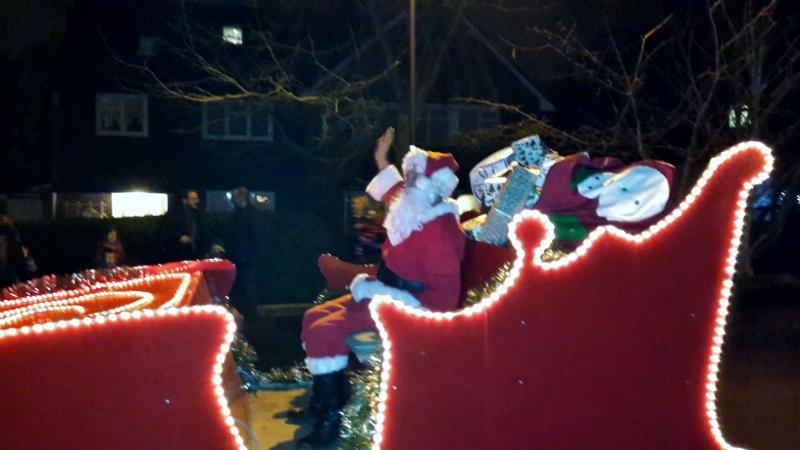 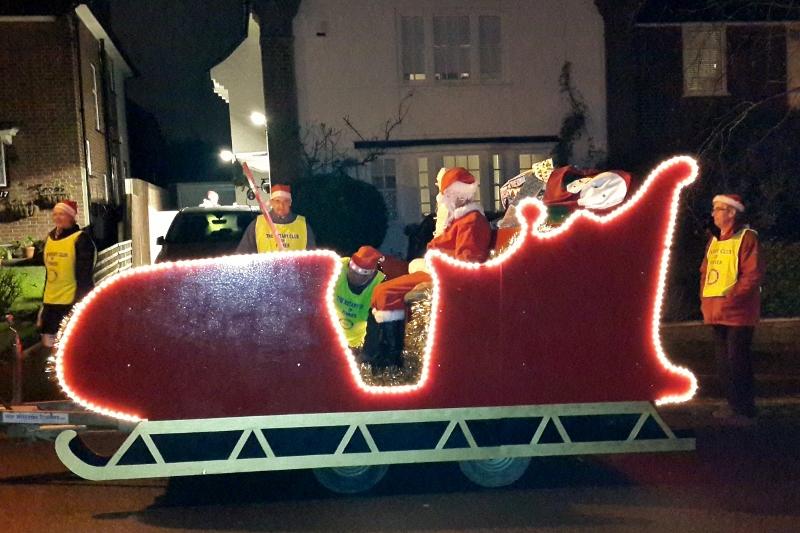 Up with the hood to check the sound system 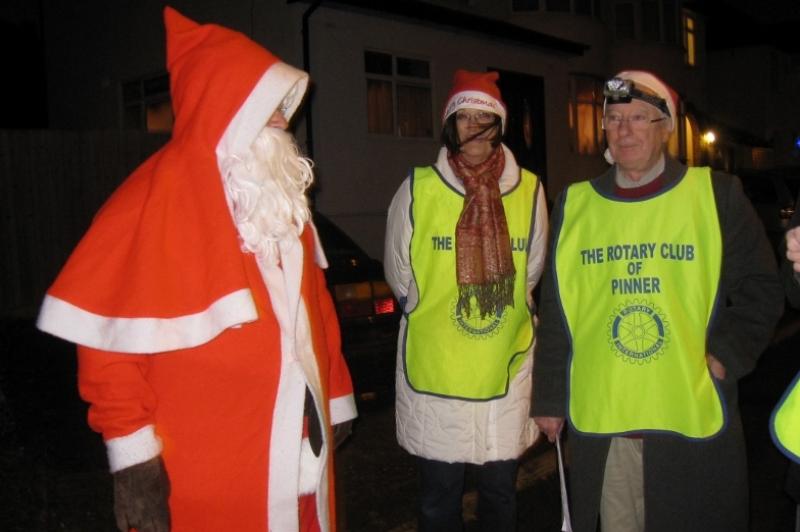 Ready for another night of fun 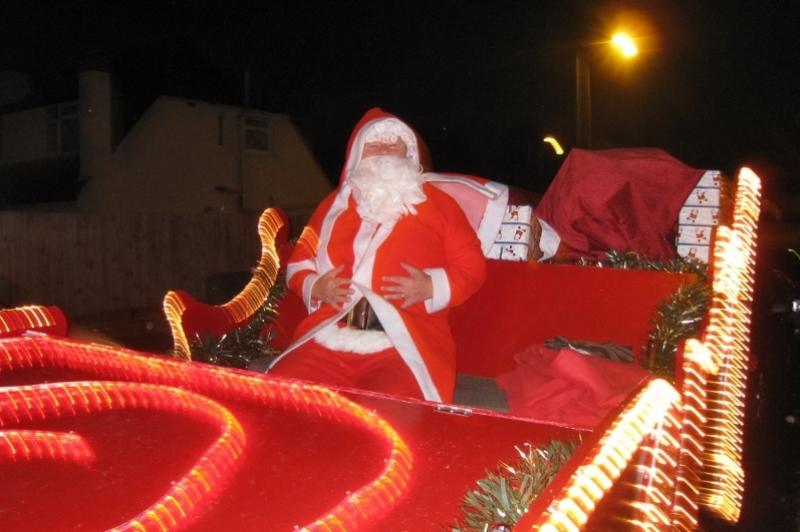 Do I look big in this? 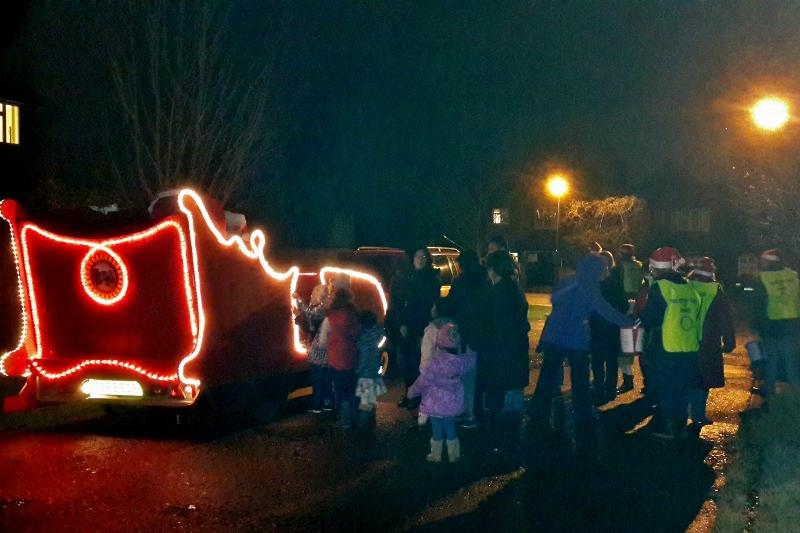 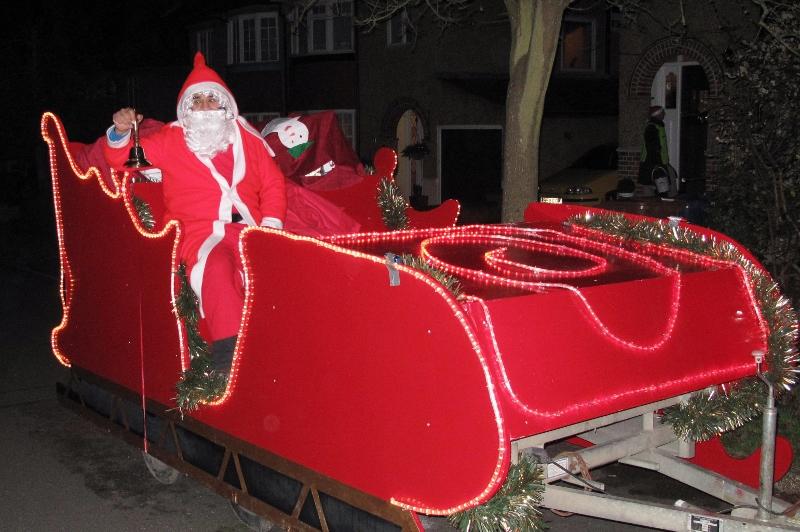 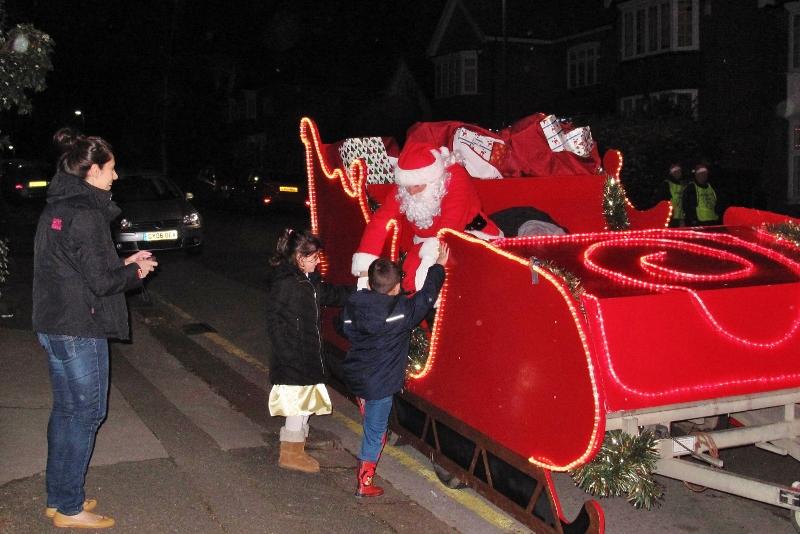 Have you been good? 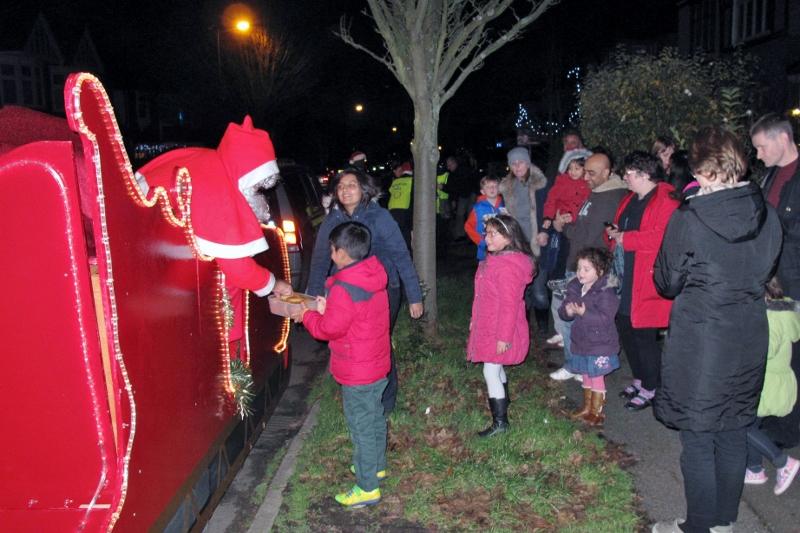 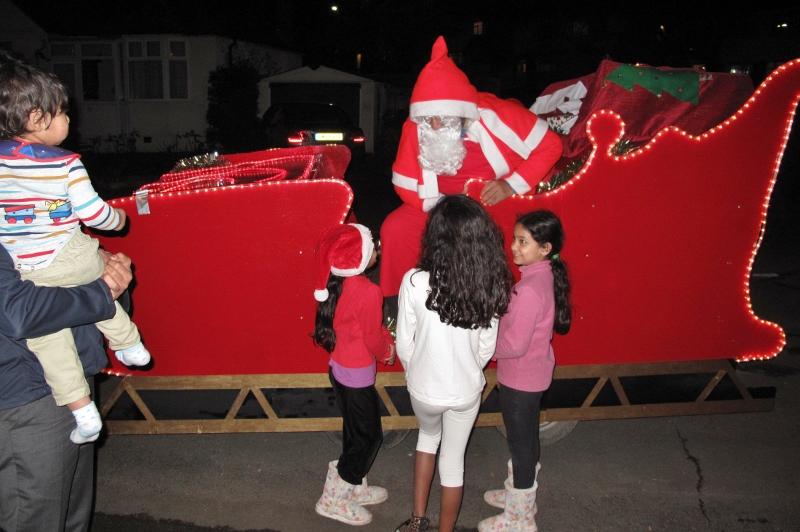 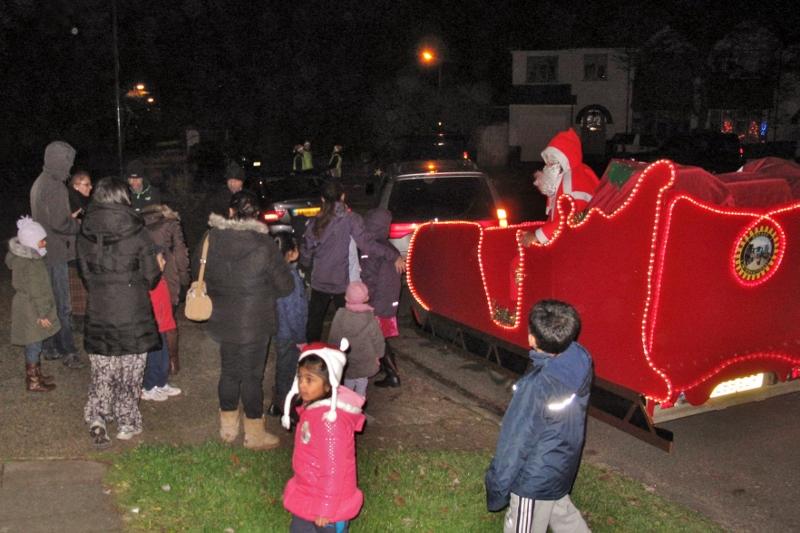 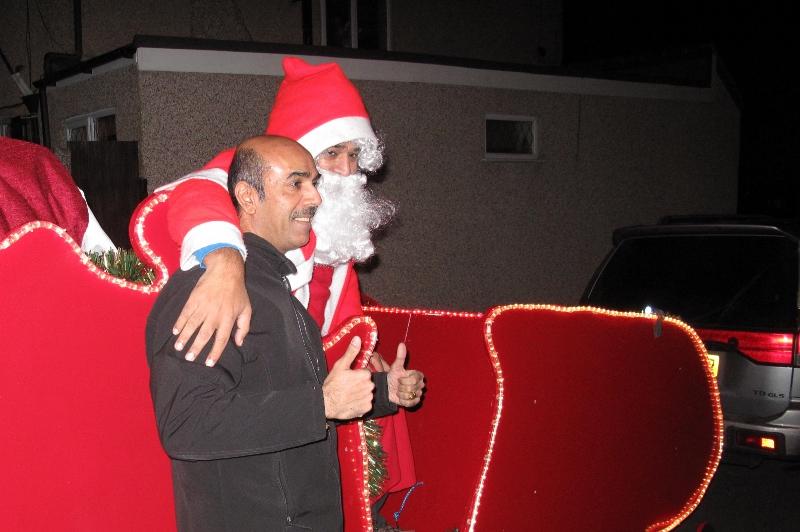 All ages had their photo taken 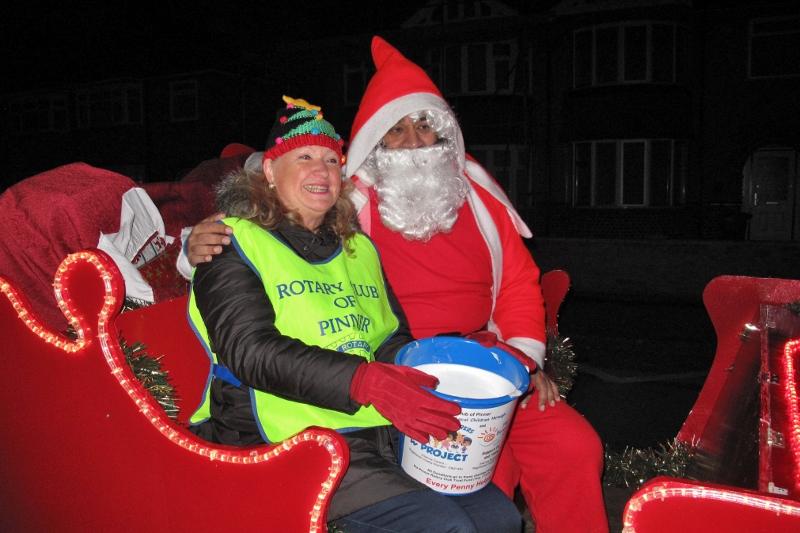 More photo calls for the helpers 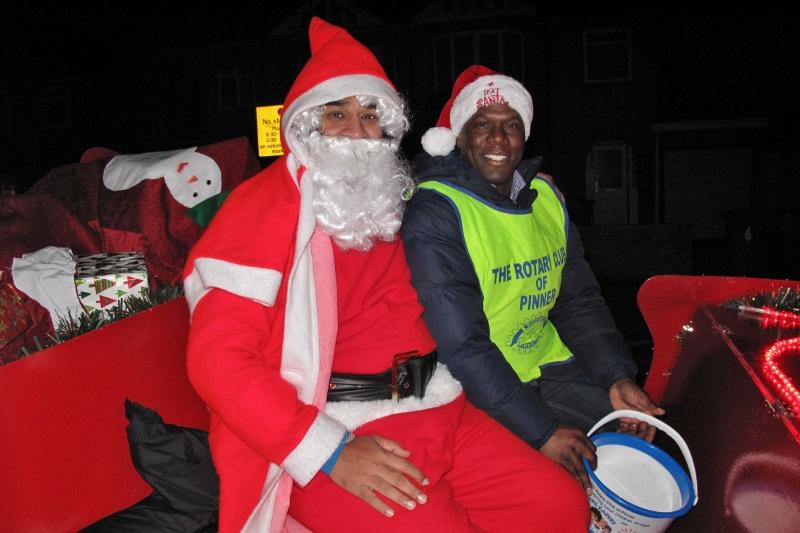 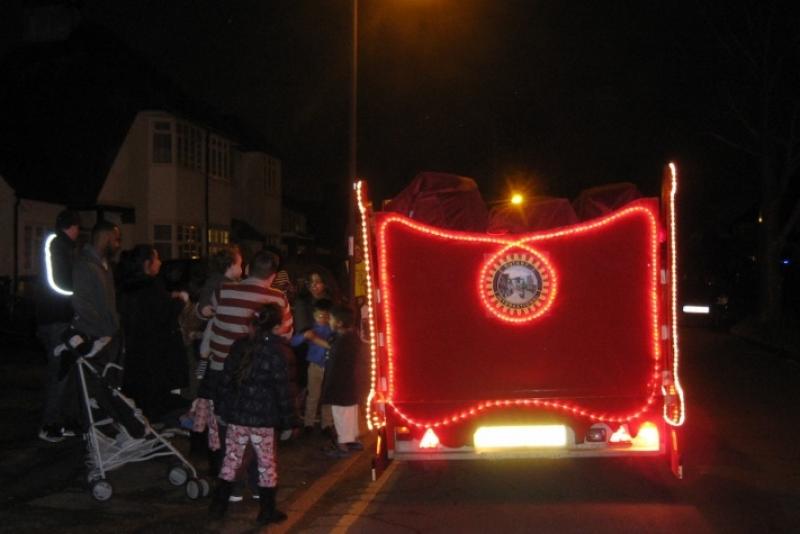 Looking good from the rear 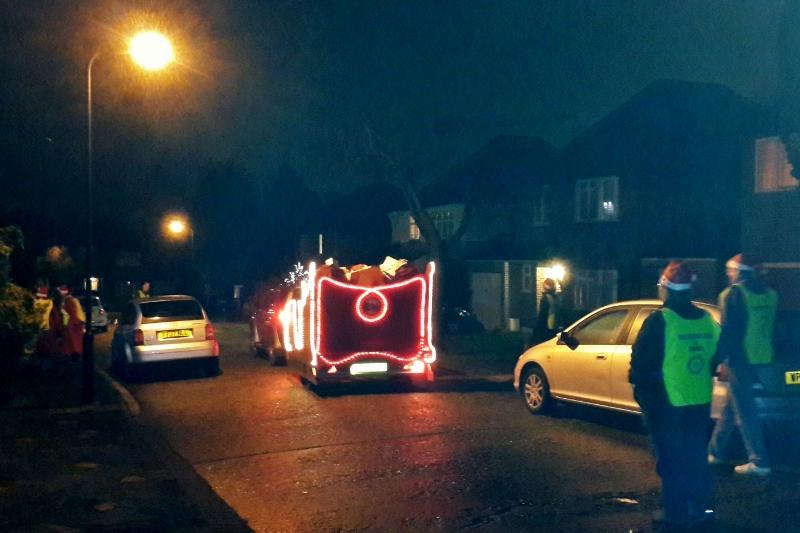 See you next time!

Santa and his sleigh return to the streets of Pinner!

Christmas 2014 marked the welcome return of traditional Christmas float trips brought to the streets of Pinner by the Rotary Club of Pinner and our Santa's Sleigh.

Six trips took place between 15th and 23rd December from 6.30pm to 8.00pm in the evening, and they proved to be popular with both young and old. A total of around 2,000 homes in Pinner were visited.

The 2014 collection was in support of Harrow Bereavement Care for Children and Harrow Carers - Young Carers.

Discussions are already underway concerning the event for 2015. Keep checking this page for updates. 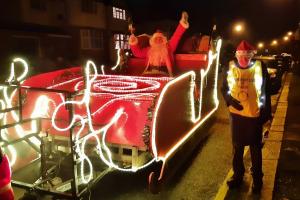 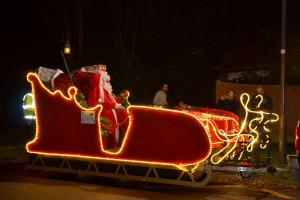 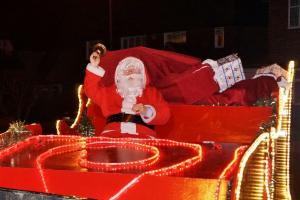 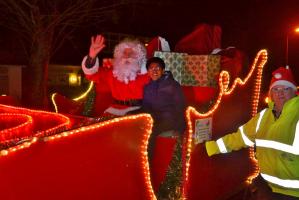 more Another successful year bringing fun to the children of Pinner 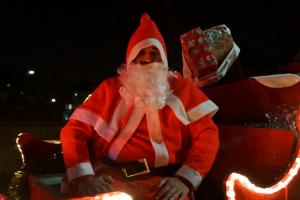 more Santa's Sleigh had another successful outing in 2015