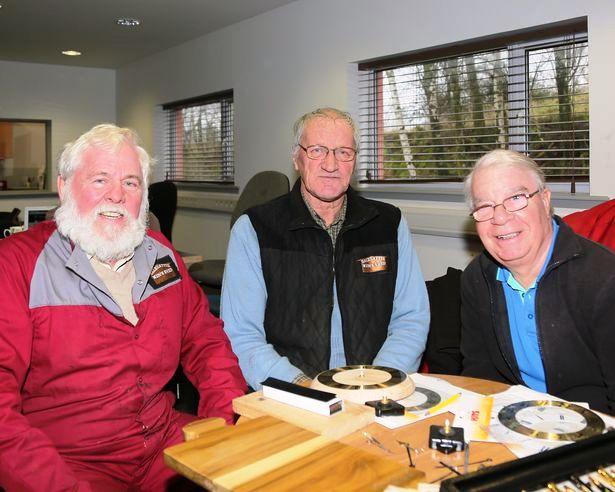 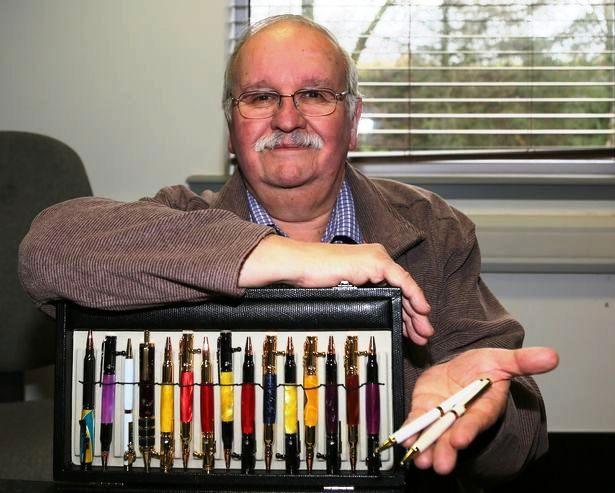 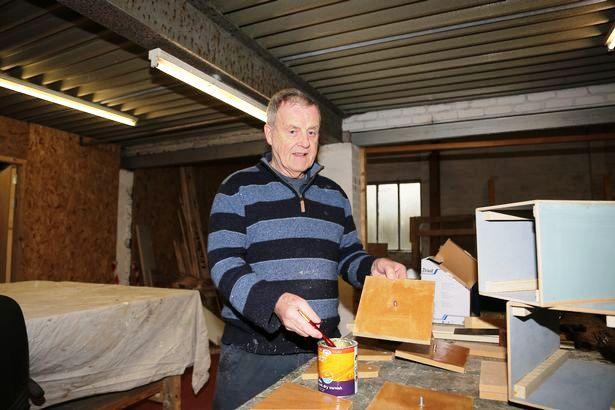 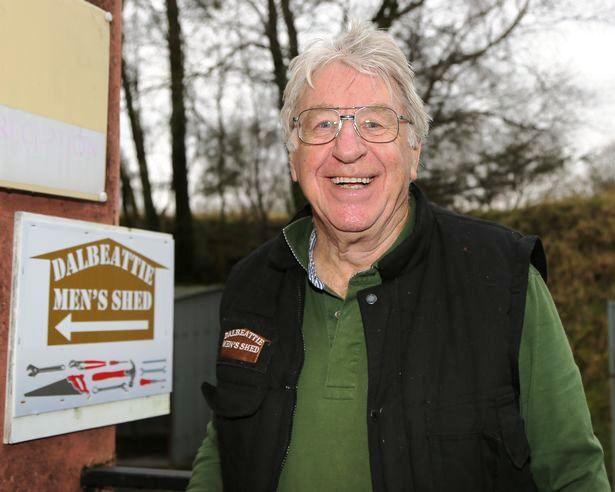 Handmade by an old bloke.

And in the new Dalbeattie workshop it's not much different.

However, the chariity is more than just joinery, arts and crafts or recycling old bicycles. It's about family and camaraderie according to secretary Geoff Allison.

" Essentially, it's formed for people out there on their own to come in and have a bit of company" he said. " You heard the joshing going on out there. Guys miss it. In particular those who have worked all their lives.

" Sometimes we also get people who are carers for their wives or children and this sort of thing.

Lonely people is the wrong word - socially disconnected is the key wording. Our two biggest groups are retirees and carers."

The group opened its doors last March after four months of " chewing the fat " around an idea sparked by current treasurer Brian Arwell at a local Rotary Club meeting.

They now have 16 members.

Geoff continued : " We first met to discuss it in November 2014. We moved in here last March. The meeting in November was really at the instigation of the Rotary. For three or four months we just chewed the fat".

" Essentially we needed two things and that was funds and somewhere to meet.Between us all, we got all that".

"Since then we have had significant monies from Age Scotland and the Career's Trust Dumfries and Galloway. Funds for machinery etc as well as odd donations".

Since opening its doors the members have taken on numerous community projects as well as each individual tackling their chosen field. " We've earned money from doing the town lanterns, from our 2 splat the rat " stall at Dalbeattie Civic Day and doing up bikes and selling them. That's one of the things we're trying to do - develop things we can sell " continued Geoff.

" The next plan is on Easter Saturday. We'll have a coffee morning in the town hall. We want to put things on display and say" look, this is what we've done ". Then we might bring people in.

" It's cost us about £5,000 the first year to get where we are. Our ongoing cost will be likely be around £1,000 a year. The big cost we avoid of course is the premises. That would would make a big difference ".

" We manage it ourselves and if we can get an income stream from selling some of what we make we won't have to go for many grants. We've got quite a lot of equipment now "

And Geoff isn't  exaggerating - the group has a mini factory to themselves. What appears to be a whole carpentry workshop, a store room, a kitchenette and another room complete with lots of sockets where people can work with computers and other electrical devices and just sit around and have a chin - wag.

" We do things the guys want to do and it's surprising what takes your interest. You can see the enthusiasm, " added member John Knox.

When the News visited the members recently they were all busy with their chosen tasks. Secretary Geoff is making a clock, another member Geoff Thomas has made a wonderful set of pens. Collin Gourley was busy preparing tombolas ahead of the festive season.

Men's Sheds originated in Australia but are taking off in this country. The group's pamphlet states : " The shed is a workshop based location where men with free time meet for practical projects and activities plus some social companionship".

They meet from 10am to noon on Tuesdays and Thursdays. Their workshop is at Unit 8 Edingham Industrial Estate.

Rotary Club of Dalbeattie would like to thank reporter Andrew McNair and Trinity Mirror for giving permission to reproduce this article, which first appeared in the Galloway News on 31 December 2015.